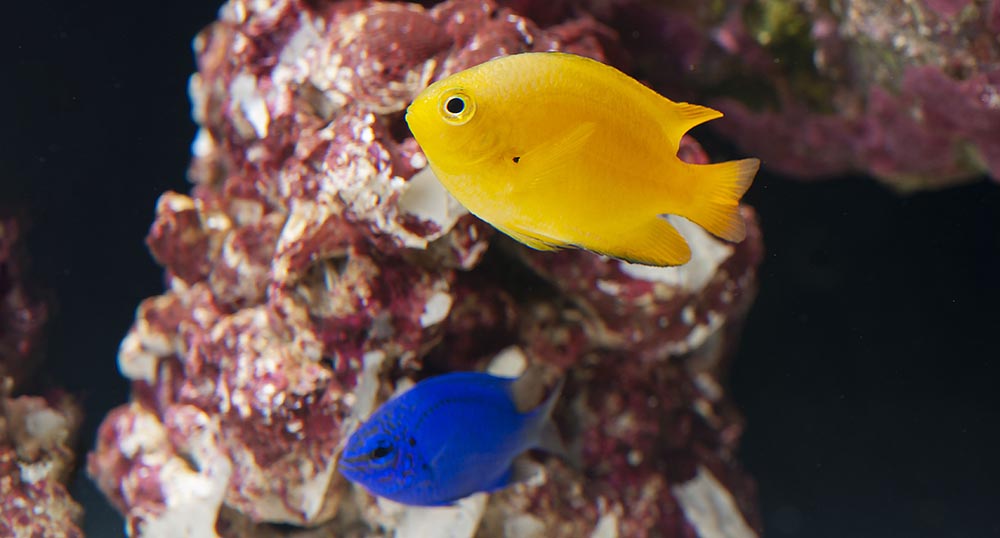 Easy to keep, hardy, and relatively peaceful bread-and-butter species are needed by beginning aquarists, and ORA intends to fill that need with captive-bred options. While captive-breeding breakthroughs over the past 12 months seem to be dominated by new species and new producers of marine angelfish (Pomacanthids), Fort Pierce, FL–based Oceans, Reefs and Aquariums (ORA) has been quietly expanding into the production of more ubiquitous marine fish, specifically claiming breeding firsts of two Damselfish (Pomacentrid) species in early 2018. 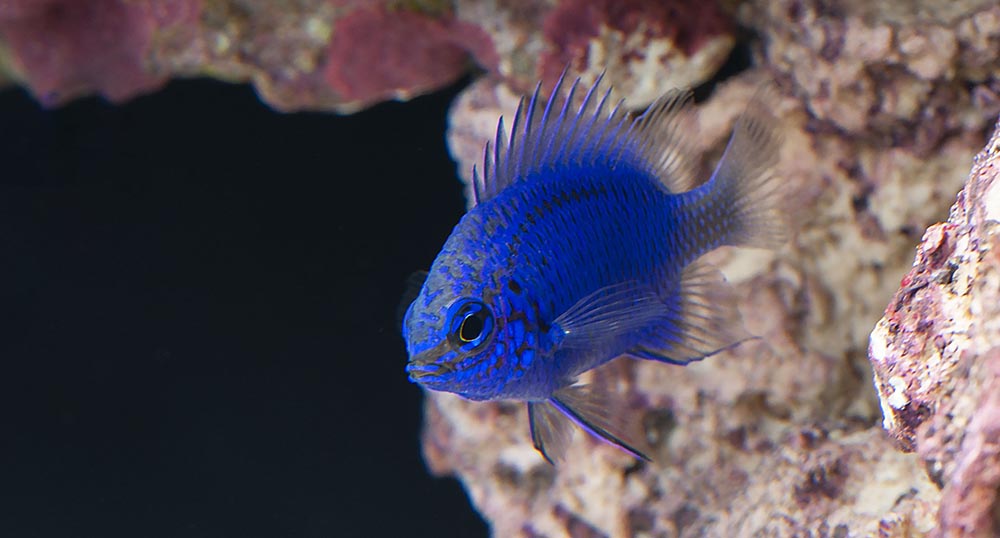 First shown off at the Global Pet Expo in Orlando, FL, ORA has succeeded in breeding Springer’s Damselfish (Chrysiptera springeri). This is a small, gregarious blue-and-black damselfish with a special bonus: Springer’s Damsel has a utilitarian role with a reputation for eating problematic flatworms. Who can resist a captive-bred, flatworm-eliminating, bright blue damselfish? C. springeri is “the slowest-growing damselfish out of the damsel species we have worked with,” according to ORA’s Jordan Noe, which may explain why we’re not seeing these fish widely available. ORA President Dustin Dorton further noted that production of this species is currently limited to around 50 to 100 fish per month, making finding one a bit of a treasure hunt at this point in time. 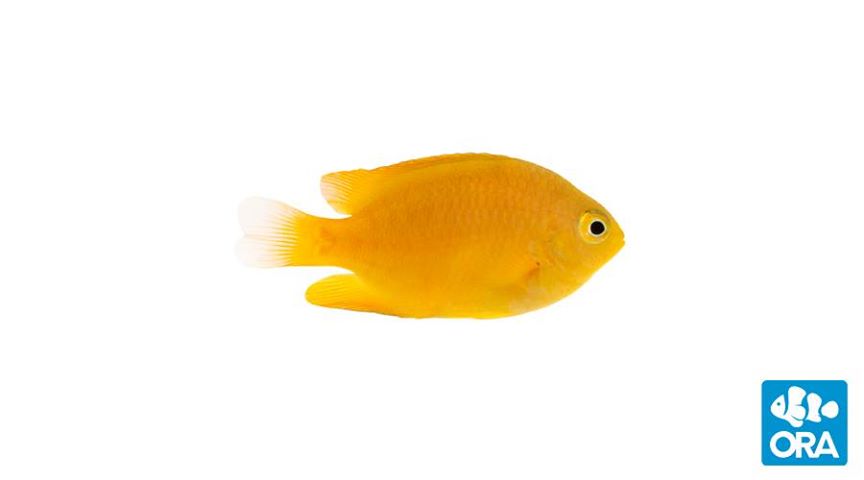 The accomplishment of breeding Springer’s Damsel is perhaps being overtaken by ORA’s ongoing production of the vibrant yellow Lemon Damselfish (Pomacentrus moluccensis). A steady stream of these relatively peaceful fish are available through select retailers at price points that are reasonably competitive with their wild-caught counterparts. Being price competitive can be a key factor that plays a role in whether a captive-bred species can become established in the aquarium trade or instead be a novelty that was around for a while, but has since been retired, leaving only lower-priced wild fish available. 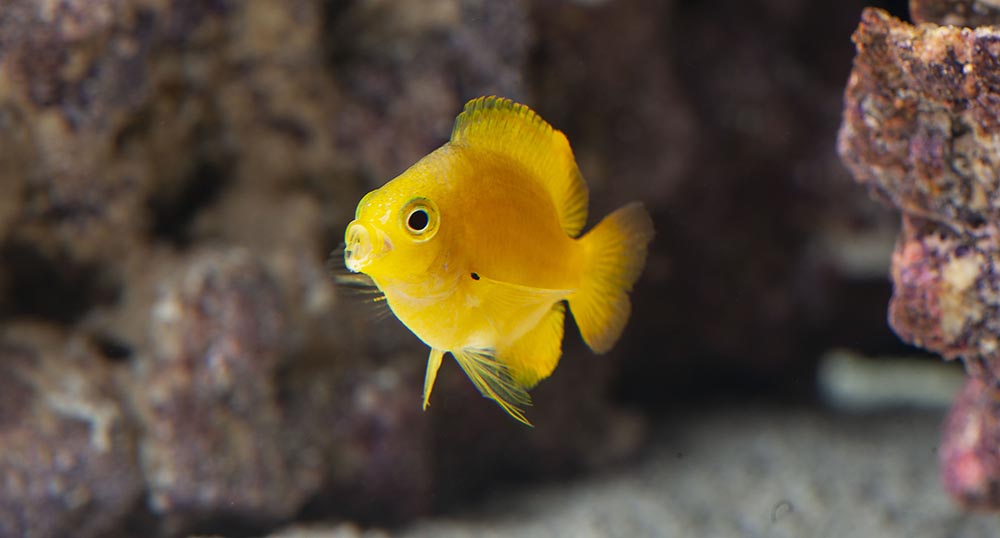 ORA reports that they have kept their Lemon Damselfish in mixed settings with a variety of other damselfish species and clownfish varieties without incident. They recommend diets high in crustacean and algae content to convey the pigments necessary to maintain the fish’s bright yellow color. ORA’s Lemon Damselfish broodstock have reached a maximum length of only three inches, making them suitable candidates for smaller aquariums.

Dorton added that ORA has also reared a handful of other damselfish species. The Blue Devil Damselfish (Chrysiptera cyanea) proved too aggressive to warrant continued production. Others have proven difficult to raise including the Green Chromis (Chormis viridis) or the Yellowtail Blue Damselfish (C. parasema). However there are likely more captive-bred Damselfish to come: Dorton concluded that the Azure Damselfish (C. hemicyanea) has been bred at ORA and is showing promise for cultivation, the Allen’s or Andaman Neon Damselfish (Pomacentrus alleni) has just been reared, and they are about to bring their first Talbot’s Damselfish (C. talboti) through the larval life stages as well.