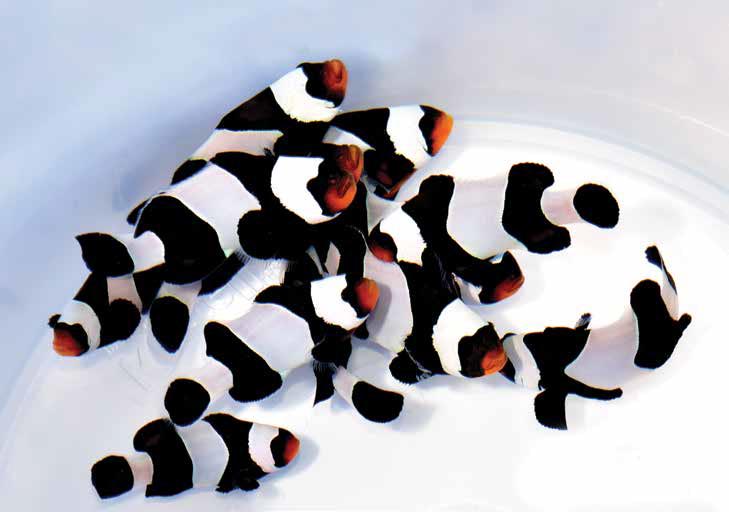 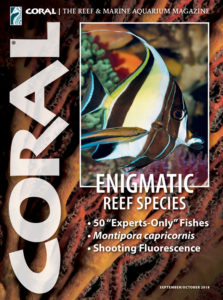 This article first appeared in the September/October 2018 issue of CORAL Magazine. Click the cover to add this, and other back issues, to your personal CORAL library.

Bill Addison and his C-Quest Hatchery, mainly based in Puerto Rico, was one of the longest-running and most innovative commercial ornamental marine fish hatcheries in the aquarium trade. With the passing of Addison in 2012, C-Quest ultimately drained its tanks, leaving the stewardship of the designer clownfish lines that were a hallmark of Addison’s career in jeopardy.

Sea & Reef Aquaculture in Franklin, Maine is one of the companies which has taken up interest in preserving some of Addison’s unique strains of clownfish. While varieties such as the domesticated strain of “C-Quest” Onyx Percula, and the mutant-gene based Wyoming White are well-known and readily available to the average aquarist, Addison’s Wide Bar Gladiator has never enjoyed the same name recognition and popularity, perhaps due to its more subtle variation from the appearance of a typical orange Amphiprion ocellaris.

Sea & Reef founder Soren Hansen, picks up the thread: “When C-Quest closed doors in Puerto Rico in 2010, the Wide Bar Gladiator strain was almost lost to the hobby. However, Sea & Reef revived the strain in 2014 and started to produce them. We then expanded the line with a Wide Bar Mocha Gladiator. Now, in 2018, we’ve added the Wide Bar Black Gladiator Clownfish.

“It took a while to create the all-black version while still maintaining the wide bars that represent this strain. The bars are about twice the width of a regular Ocellaris Clownfish. It is just a gorgeous fish, and I am proud that we were able to preserve the Wide Bar Gladiator and create a unique line from it.”