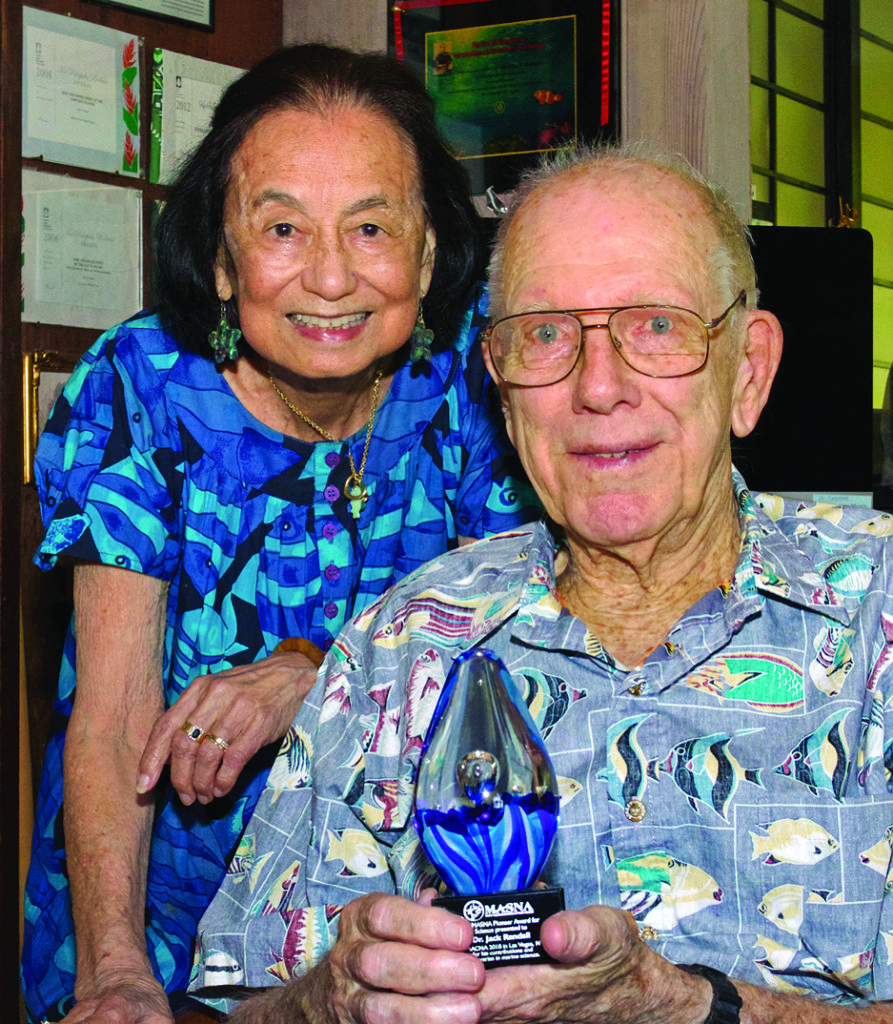 The 2018 MASNA Pioneer Award for Science 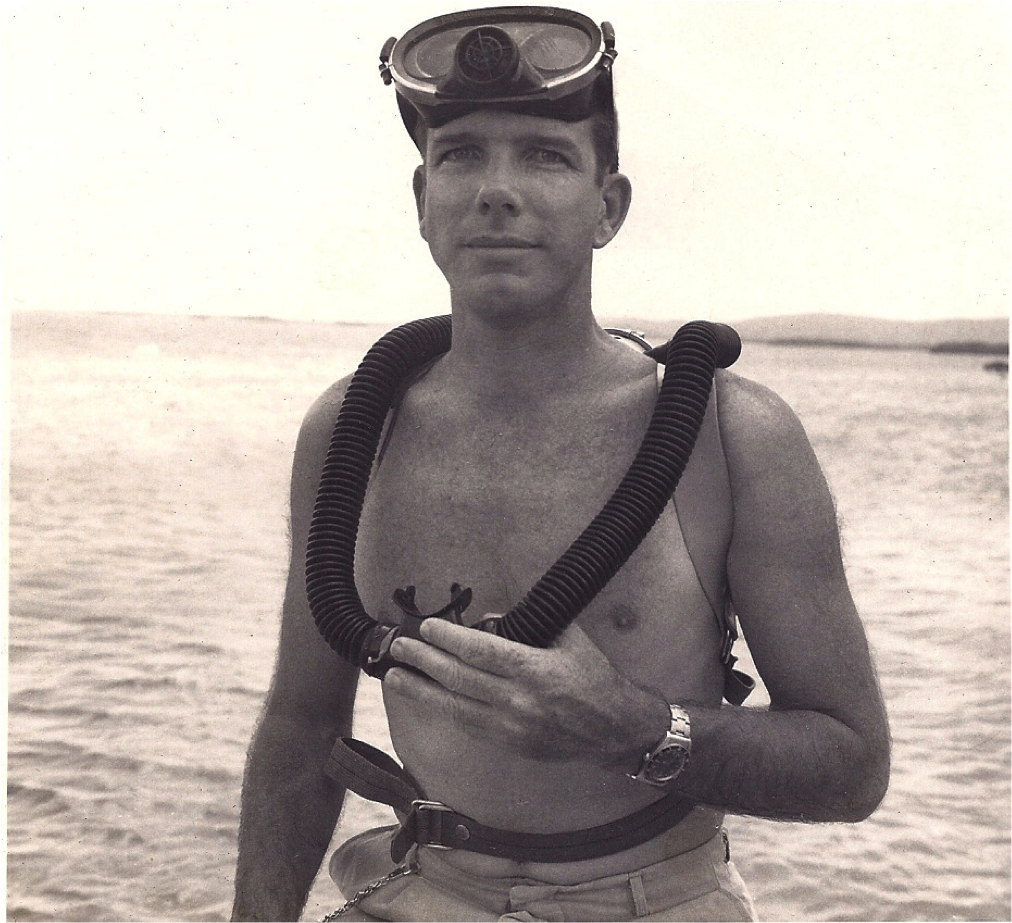 Dr. John “Jack” E. Randall, circa 1963. A California boy who grew up in the water: “Don’t call me John.” See the next CORAL for more about his ongoing work as the world’s foremost marine ichthyologist.

Aquariums were also a part of his early experiences, first with freshwater fishes and later marine fishes. He sailed his own boat to Hawaii in 1950 and began his long and illustrious career as an ichthyologist, which took him to coral reefs around the world. 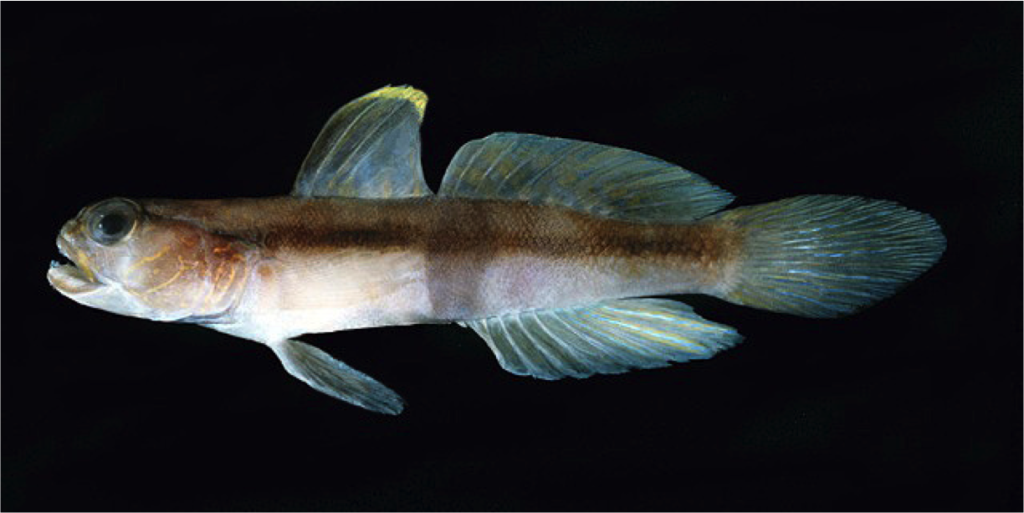 Jack has recently completed his memoirs and they are awaiting publication. Dr. Bruce Carlson, who spoke at the MACNA 2018 banquet on Jack’s behalf, has read the entire manuscript and says, “It is filled with adventures at sea, a lifetime of discoveries, as well as many near-death experiences.” (See the next CORAL Magazine for more about the life, accomplishments, and adventures of the world’s most accomplished ichthyologist, still busy describing new species and writing about them with this life partner and editor, Helen Randall.) 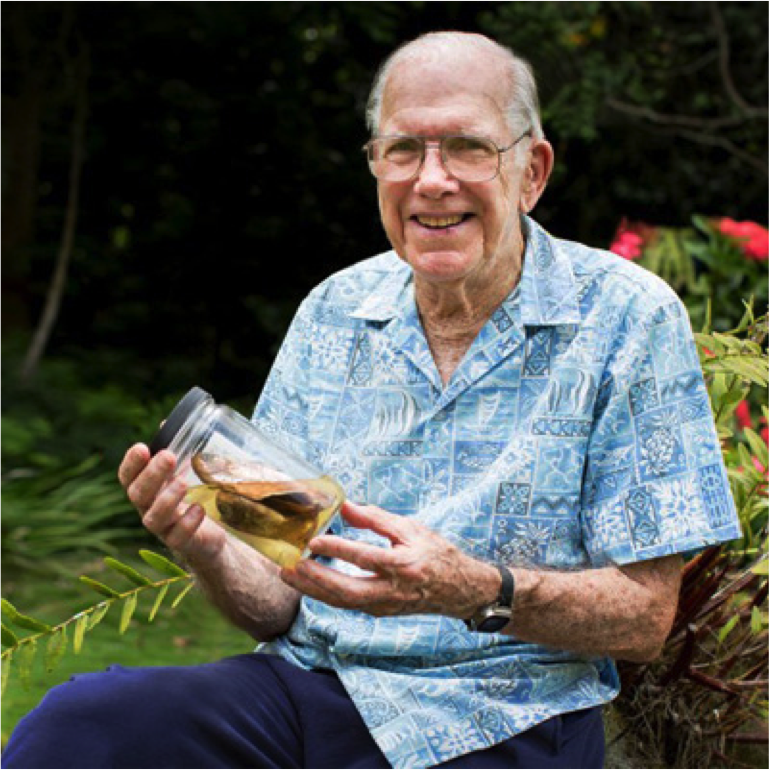 Jack’s keen observations and research led him to unravel the mystery of fish poisoning or ciguatera; to recognize many new examples of mimicry among reef fishes; and to sort out many instances of sexual dimorphism, especially many cases where males and females were described as different species.

Jack has also been a mentor to many younger ichthyologists, notably Gerald Allen, and he and Richard Pyle co-authored the description of these fabulous new pygmy angelfishes. Not to be missed: an entire genus was named in Jack’s honor for the Blacknosed butterflyfish: Johnrandallia nigrirostris. 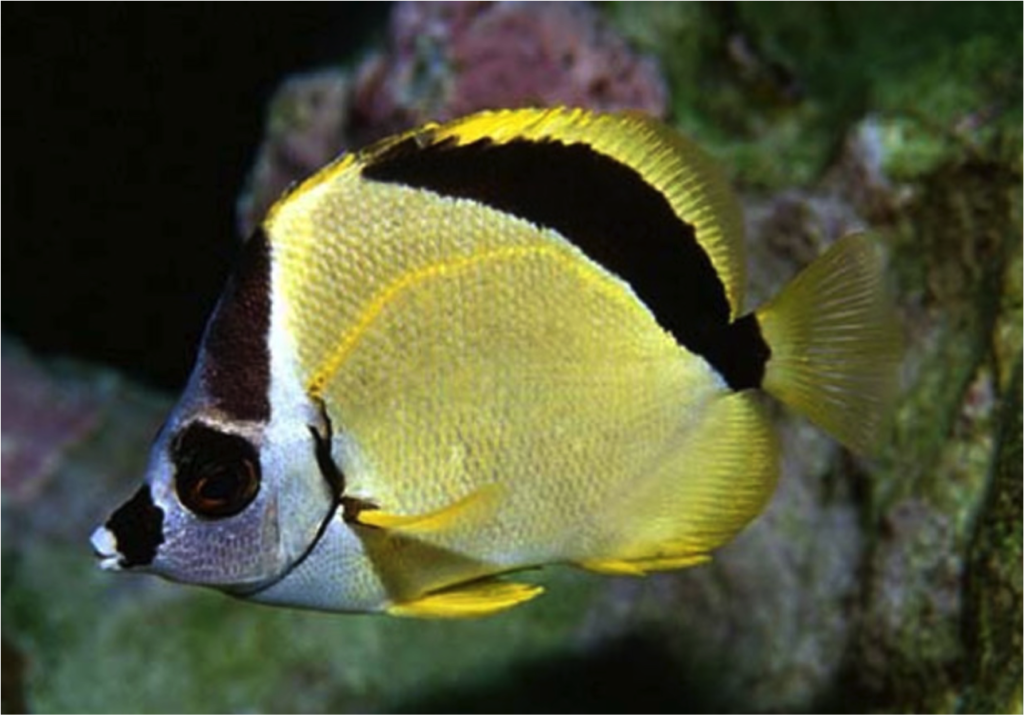 Dr. Randall is even the namesake to an entire genus: The Blacknosed Butterflyfish, also known as the Barberfish, Johnrandallia nigrirostris. Image credit: Gerald Allen

Bruce had the honor of presenting Jack with his award on Saturday, Sept 1, 2018, at Jack’s home in Kaneohe, Hawaii. Jack asked Bruce to include his wife Helen in the photo because in Jack’s words, “She has been a major factor in my success. She reviews my manuscripts and has publications of her own…including a revision of Dascyllus with Jerry Allen…and several with me.”

About the MASNA Pioneer Award

The MASNA Pioneer award recognizes the foundational contributions of scientists, conservationists, and industry and trade practitioners who have contributed immensely to what we perceive as today’s common knowledge.

These early pioneers explored their worlds in ways that others at the time could not imagine. Their significant accomplishments served to uplift others following in their footsteps, often through mentoring.

Marine aquarium hobbyists would not be as knowledgeable or successful in their endeavors today without the contributions of these early pioneers.

VIDEO: Watch the introduction of John E Randall as the 2018 MASNA Pioneer Award for Science recipient, as presented by Dr. Bruce Carlson