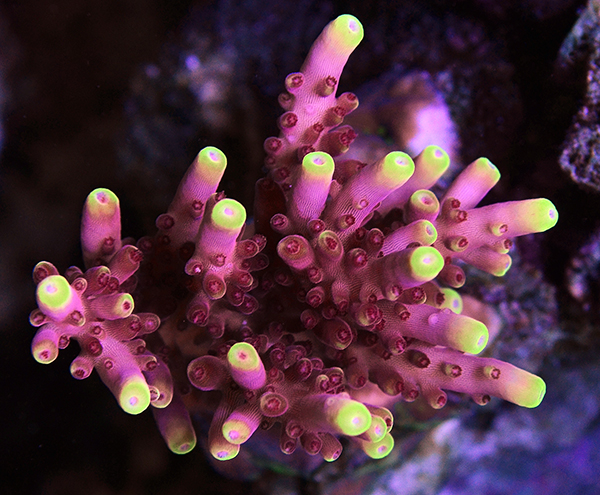 Can you ID this coral?

Hint: It is a small, started Acropora sp. SPS coral that neither the owner nor the well-known coral culturist who sold him the frag has been able to identify with certainty.

Look to the November/December 2018 Issue of CORAL for what other readers, as well as a panel of experts, think this species is and see a larger growing colony of the same coral. 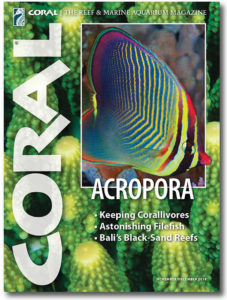 Keeping Acropora corals is both the fondest dream and the most demanding challenge for most adventuresome reefkeepers. Look to the next CORAL for a Hands-On Acropora Primer by expert SPS culturist Than Thein, a roundup of the most coveted frags and secrets of some of the country’s top Acropora farmers and reef aquarists by Felicia McCaulley, a portrait of an outstanding German Acro-dominated reef system by Robert Haase, and much more. Unforgettable images of some of today’s most outstanding aquarium corals.

Look for CORAL’s Authoritative ACROPORA Guide — A sure Collector’s Issue!

On sale November 6th. Arriving and in subscriber’s homes around November 1st.