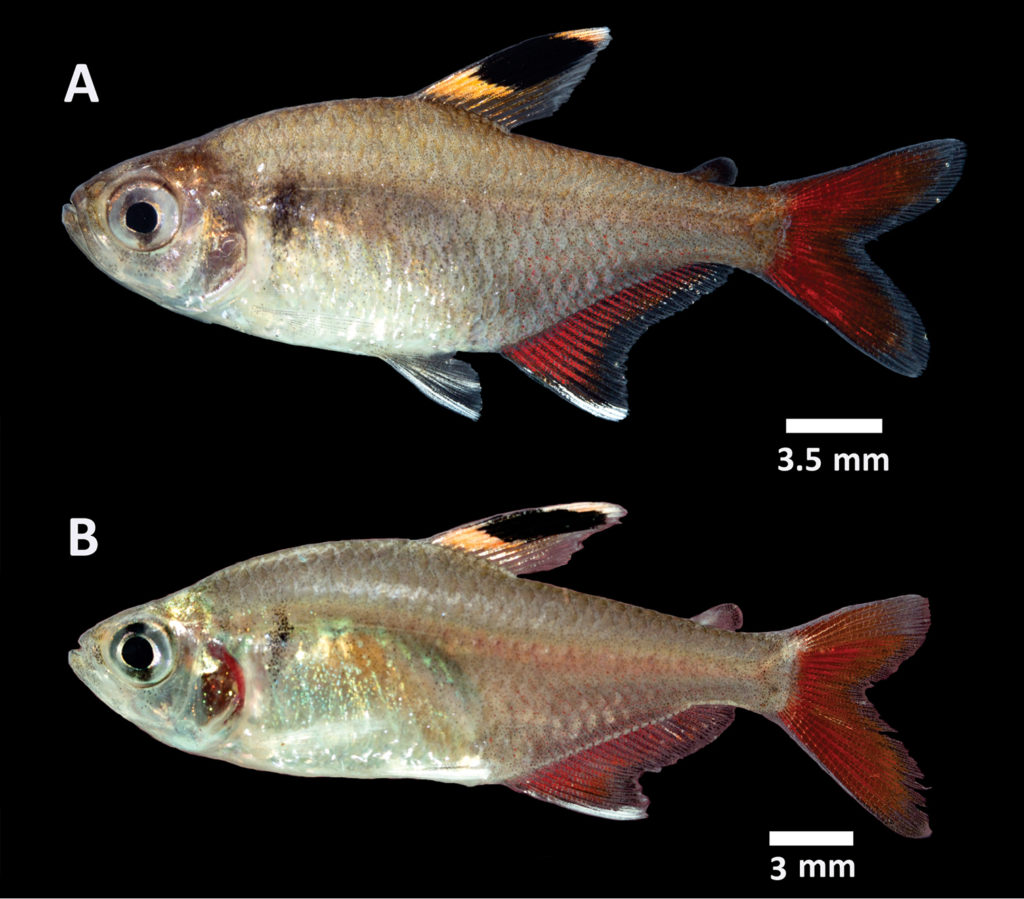 Why It’s a New Species

This new species represents another chapter in our understanding of a group which taxonomists and ichthyologists refer to as Hyphessobrycon sensu stricto (perhaps suggesting that this currently large genus of 150 or so species may one day be broken up). H. piorskii was discovered in the Munim and Preguiças river basins, two coastal river basins of the Maranhão State, northeastern Brazil, and is currently only known from these locations.

According to the paper, H. piorskii exhibits some telltale characteristics that may aid in identification. “The new species Hyphessobrycon piorskii sp. n., promptly differs from most congeners except by species of Hyphessobrycon sensu stricto by the presence of a dark brown or black blotch on dorsal fin (vs. absence), no midlateral stripe on the body (vs. presence) and Weberian apparatus upward horizontal through dorsal margin of operculum (vs. downward).” Furthermore, with the exception of exception to H. bentosi and H. hasemani, H. piorskii can be distinguished from Hyphessobrycon sensu stricto “by possessing an inconspicuous vertically elongated humeral spot,” compared to other configurations. If you’re still stuck in making an identification, the authors conclude that “The new species differs from H. bentosi by the absence of extended and pointed dorsal and anal-fin tips (Figures 1, 2) [vs. extended and pointed dorsal and anal-fin tips]; and from H. hasemani by the dorsal-fin black spot shape, which is located approximately at the middle of the fin’s depth, not reaching its tip [vs. extended along all the fin, reaching its tip in adults] and by presenting tri to unicuspid teeth in the inner row of premaxillary and dentary [vs. pentacuspid teeth].”

Hyphessobrycon piorskii In The Wild 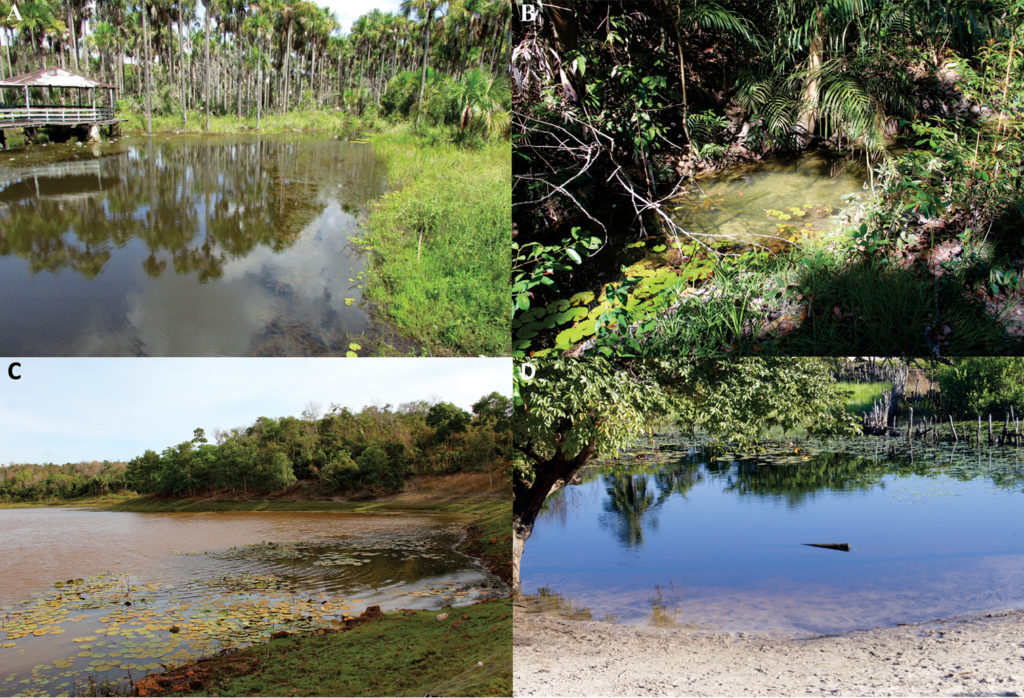 Perhaps of most interest to aquarists, should they ever find themselves lucky enough to care for this species, are the author’s ecological notes: