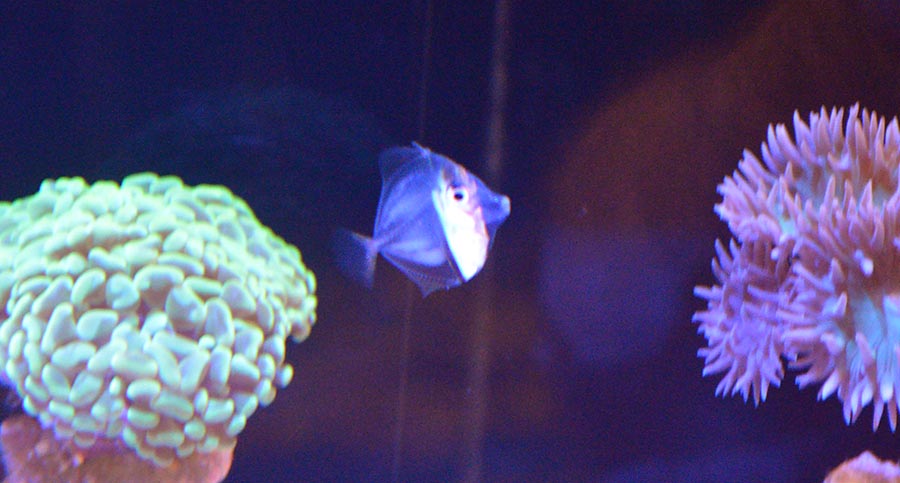 A larval captive-bred Yellow Tang on display at MACNA 2018, just days or hours away from transitioning into a yellow juvenile.

Two groups of captive-bred Yellow Tangs, produced by the team at the Oceanic Institute of Hawaii Pacific University (OI), were on display in Biota Aquarium’s booth. In the back, larger juvenile captive-bred Zebrasoma flavescens schooled, an example of the typical fish desired from Hawaii’s aquarium fishery. What was far harder to notice was the small shoal of transparent, pre-settlement larval tangs on display alongside Biota’s cultured corals and clams by the trade show aisle. 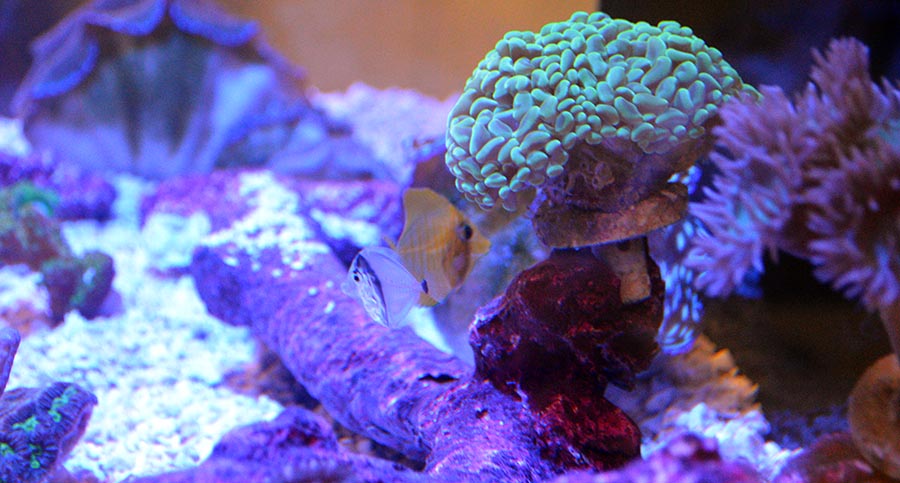 Pre- and post-settlement captive-bred Yellow Tangs, side by side in the Biota Aquariums display at MACNA 2018.

The Biota team suggested that these pre-settlement tangs actually shipped very well. These fish, somewhere around the size of a nickel, transitioned into their final, settled, juvenile yellow coloration over the course of the 3-day show. While incredibly difficult to capture without a flash (and, frankly, using a flash on larval marine fish can at times cause their premature demise), these larval and post-larval photos are absolutely captivating. 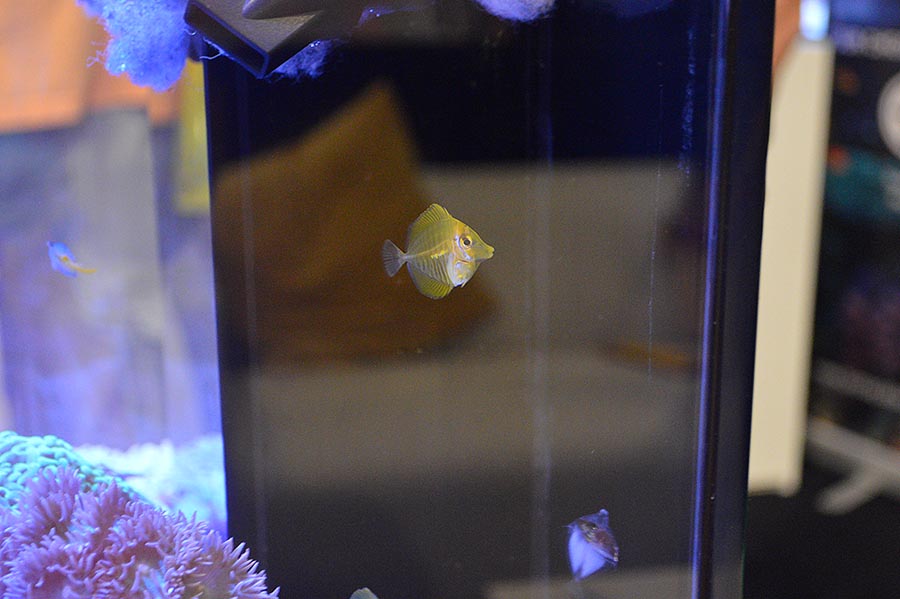 This photo gives a sense of scale for a newly-settled captive-bred Yellow Tang.

Why were all these tangs on display at Biota Aquariums? Simply put, Biota has teamed up with OI to reactivate and further pursue research into the large-scale aquaculture of Yellow Tang. The partnership is finding success, and Biota’s team anticipates more fish, higher quality fish, and ultimately more modest pricing. With persistence, they believe the captive-bred Yellow Tang is nearing commercial viability. 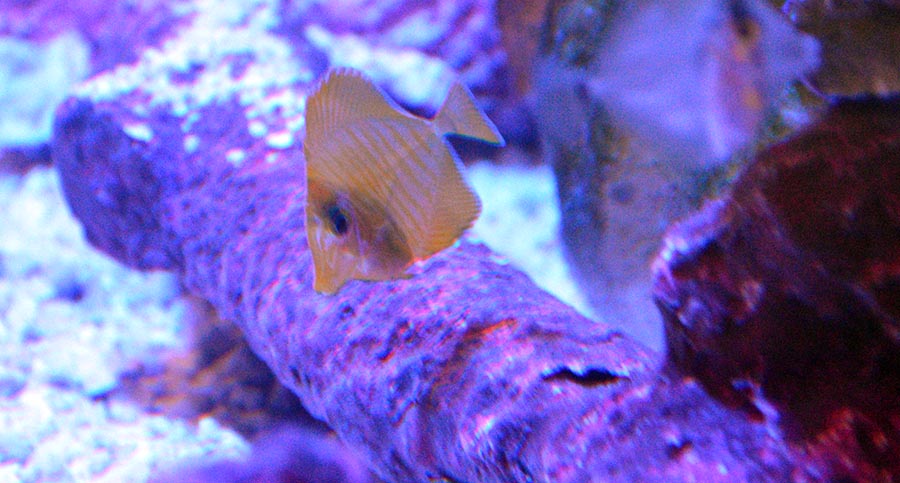 Cute, adorable, and actually quite robust: we can hope for more captive-bred Yellow Tangs in the future, given the partnership between the Oceanic Institute and Biota Aquariums.