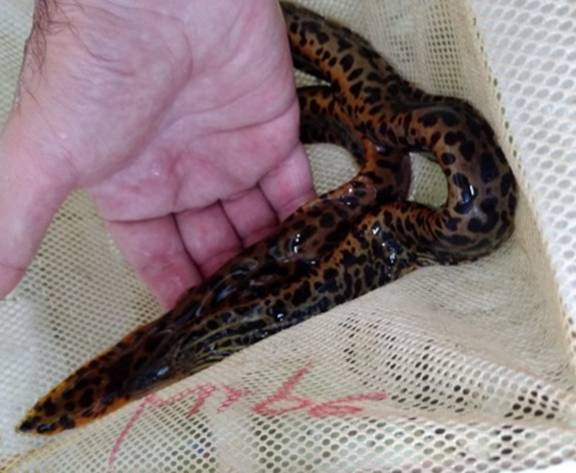 A writhing mass of uniquely-patterned eel-like fishes in a net seemed to jump out of the email inbox, demanding attention. But what are they? Image credit: Nautilus Tropical Fish Wholesale

Every once in a while the weekly flow of in-stock announcements from aquatic wholesalers highlights something that catches the attention of even well-seasoned aquarists. This week, Joe Hiduke of Nautilus Marine Wholesale, Inc., based in Plant City, FL, sent out a Friday reminder with some highly-patterned eels, the likes of which didn’t register as something I was familiar with.

From Nautilus: “Great week for incoming with a ton of cool Indo fish. Got in more of the Tiger morays and they’re way bigger than the last batch. Awesome fish with a great pattern. The bigger size is probably worth the higher price, they get more impressive as they get bigger. These are Gymnothorax polyuranodon, a true freshwater species that is regularly documented way further up-river than tidal areas. I also got in white-cheek morays, which are definitely not a true freshwater species. We have them in a system that’s about 5ppm salt and they seem to do OK at that level (at least temporarily).”

Here’s another, better look at this beautiful eel species. The color and pattern rival most any of the marine moray species. The Tiger Freshwater Moray Eel is definitely something of interest for those who like oddball aquarium inhabitants. 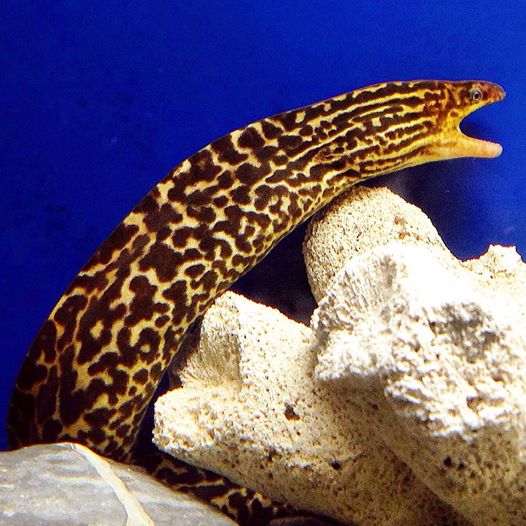 Given that the species is closely related to all the other marine morays, and that this species is also found in brackish and fully-marine environments, it is probably safe to presume that this species may have a reproductive phase tied to the ocean in some manner. It could make for a fascinating and challenging breeding project for some intrepid aquarist to unlock.

To the LFS managers reading this, you can order them from Nautilus Tropical Fish Wholesale, while supplies last of course.