CITES and the Banggai Cardinalfish 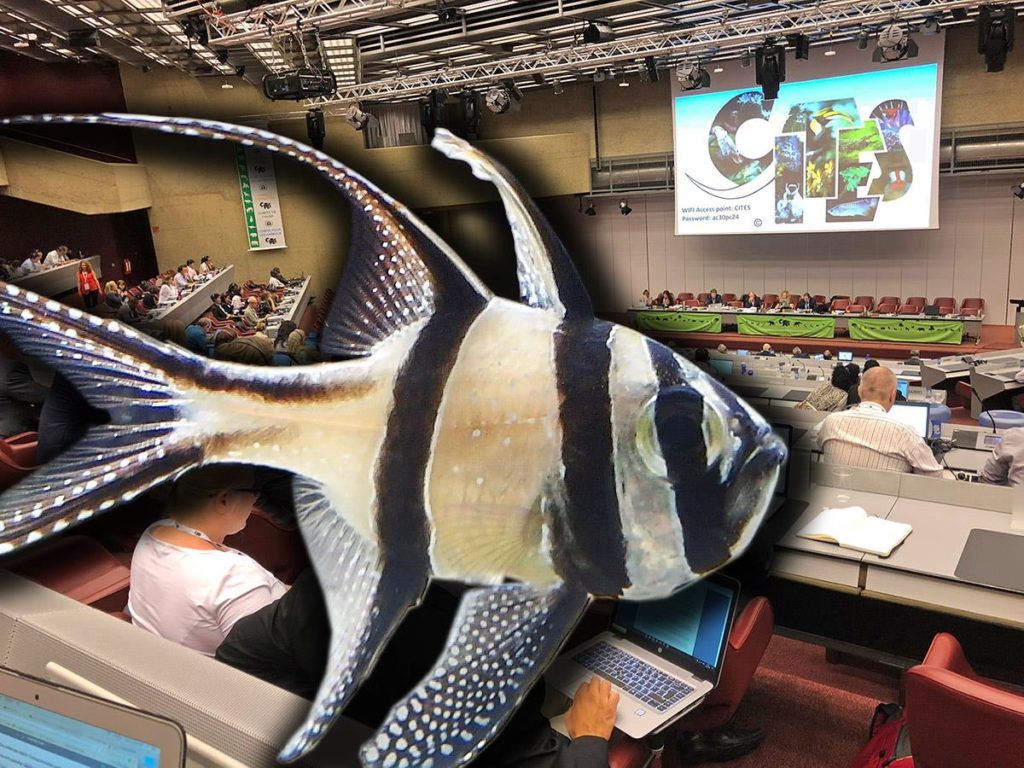 The Convention on International Trade in Endangered Species of Wild Fauna and Flora (CITES), which held the 30th Meeting of its Animals Committee in Geneva last week (July 16-21), has a long story of watching over the Indonesian endemic Banggai Cardinalfish, Pterapogon kauderni.

It started with a proposal to list the species on Appendix II, raised by the United States of America, for the 14th Conference of the Parties in 2007. This proposal was withdrawn, mainly because it wasn’t supported by the range state, Indonesia. Then at the 17th Conference of the Parties, in 2016, the European Union made a new proposal to include the species in Appendix II – which again failed and was withdrawn. This time, however, they reached an important agreement with the Indonesian government to “implement conservation and management measures to ensure the sustainability of international trade in Pterapogon kauderni, and report progress on these measures to the Animals Committee at its 30th meeting.”

Indonesia was duly congratulated on their management and conservation efforts, and the Animals Committee concluded the following:

In a sense, this means that the saga of the Banggai Cardinalfish in CITES continues, at least until AC31 that will be held in January 2020, but all information available at the moment indicates that Indonesia is fully capable of managing the habitat and species well. We do not expect to see further listing proposals, which most likely only would be counterproductive to the conservation efforts.

OFI has invested considerable time and energy into the Banggai Cardinalfish story for well over a decade, and are pleased to be able to congratulate Indonesia on the positive outcome of their efforts!

Read more about the Banggai Cardinal and other topics from the 30th Meeting of the Animals Committee in the next edition of the OFI Journal (issue #88).