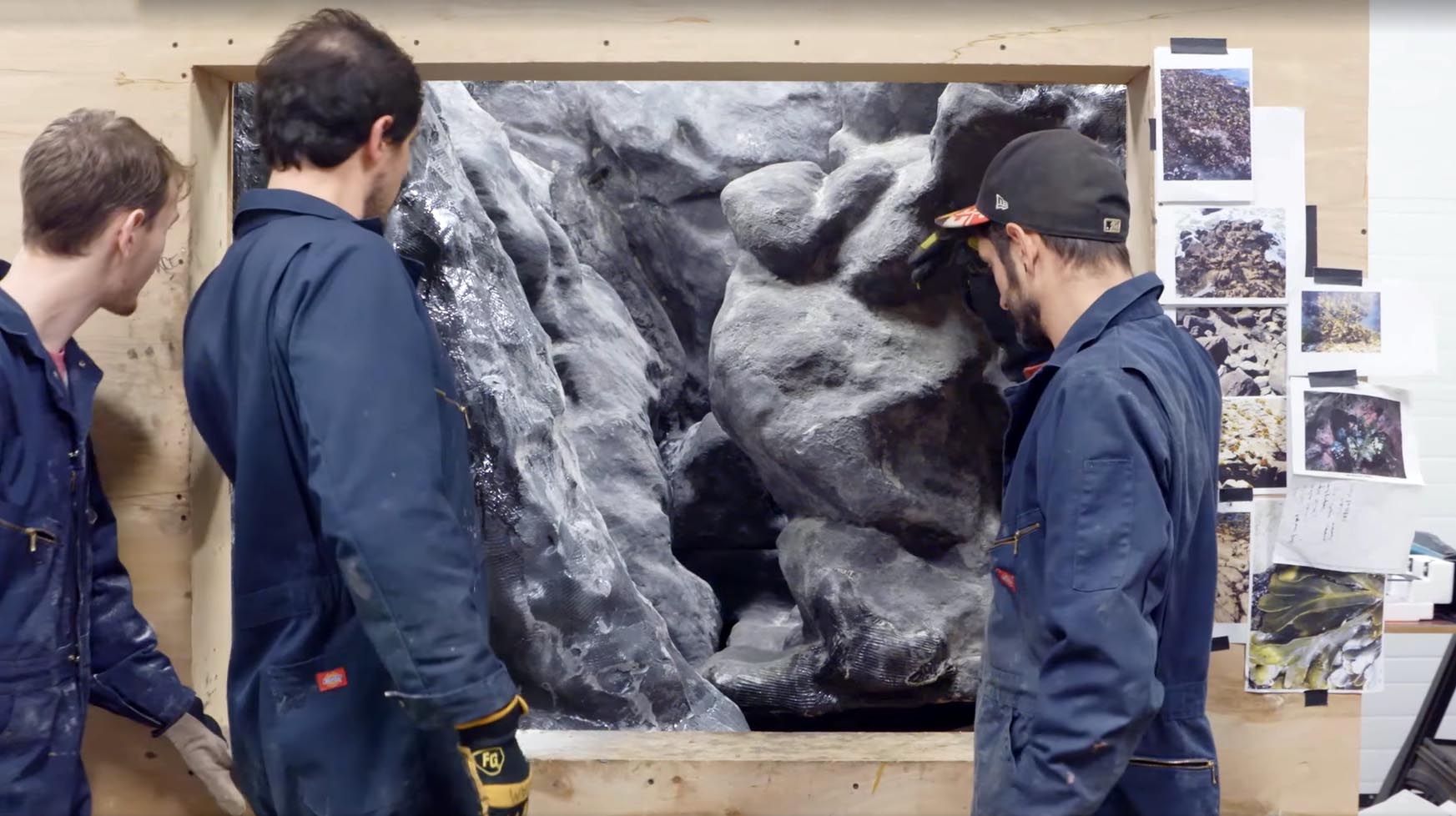 Get a behind-the-scenes look at the National Aquarium’s exhibit build for a new Giant Pacific Octopus display. 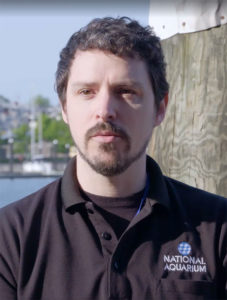 As part of the announcement, the Aquarium released a short video narrated by Exhibit Builder and Habitat Fabrication Specialist Adam Nelson, who explains the thought process underlying the design that replicates a typical underwater cave found along the coast of the Pacific Northwest, which the GPO calls home.

Says Nelson, “It’s a really specific job to create these exhibits in-house…as an artist, I think this project is incredibly unique. Building a really specific environment, trying to recreate the way that it looks, and the textures and the things that you’d find there, along with making it a completely functional place for this octopus to live…was challenging; it’s not something you normally do in a museum setting.

“In a lot of ways, it’s like anonymous artwork: it’s just the exhibit team that built this exhibit, and a million people are going to see it. Maybe they don’t know who made it, but I can sort of hang back in the wings and watch them interact with it and enjoy it, and see how they react to it.” 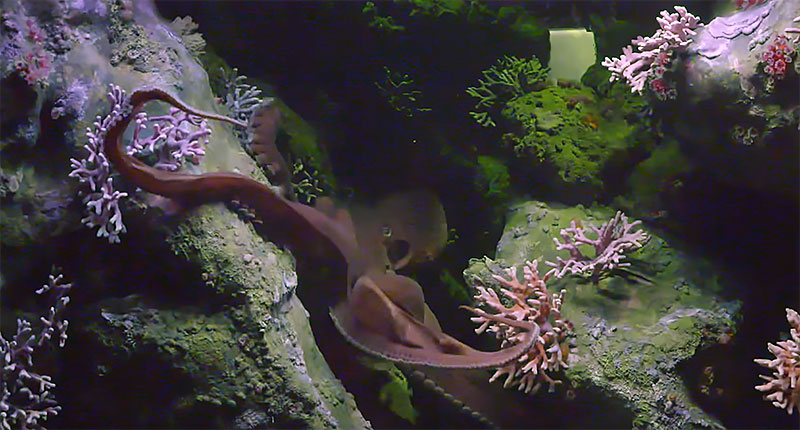 While Nelson narrates, viewers can catch glimpses of a miniature exhibit mockup, foam carving, resin mixing, laying down fiberglass, and coral molds being cast. For anyone interested in DIY aquascaping materials, or anyone just wondering how those massive public aquarium displays are created, this video will be an enjoyable look behind the curtain!

Our Animal of the Week is the giant Pacific octopus, which has a new habitat to call home at the National Aquarium!Take a look inside the new Feeding gallery in our Surviving Through Adaptation exhibit and you’ll find yourself in a giant Pacific octopus’s cave, from the inside looking out.

Learn more about this new exhibit and its design at http://aqua.org/blog/2018/July/New-And-Improved-Octopus-Habitat.