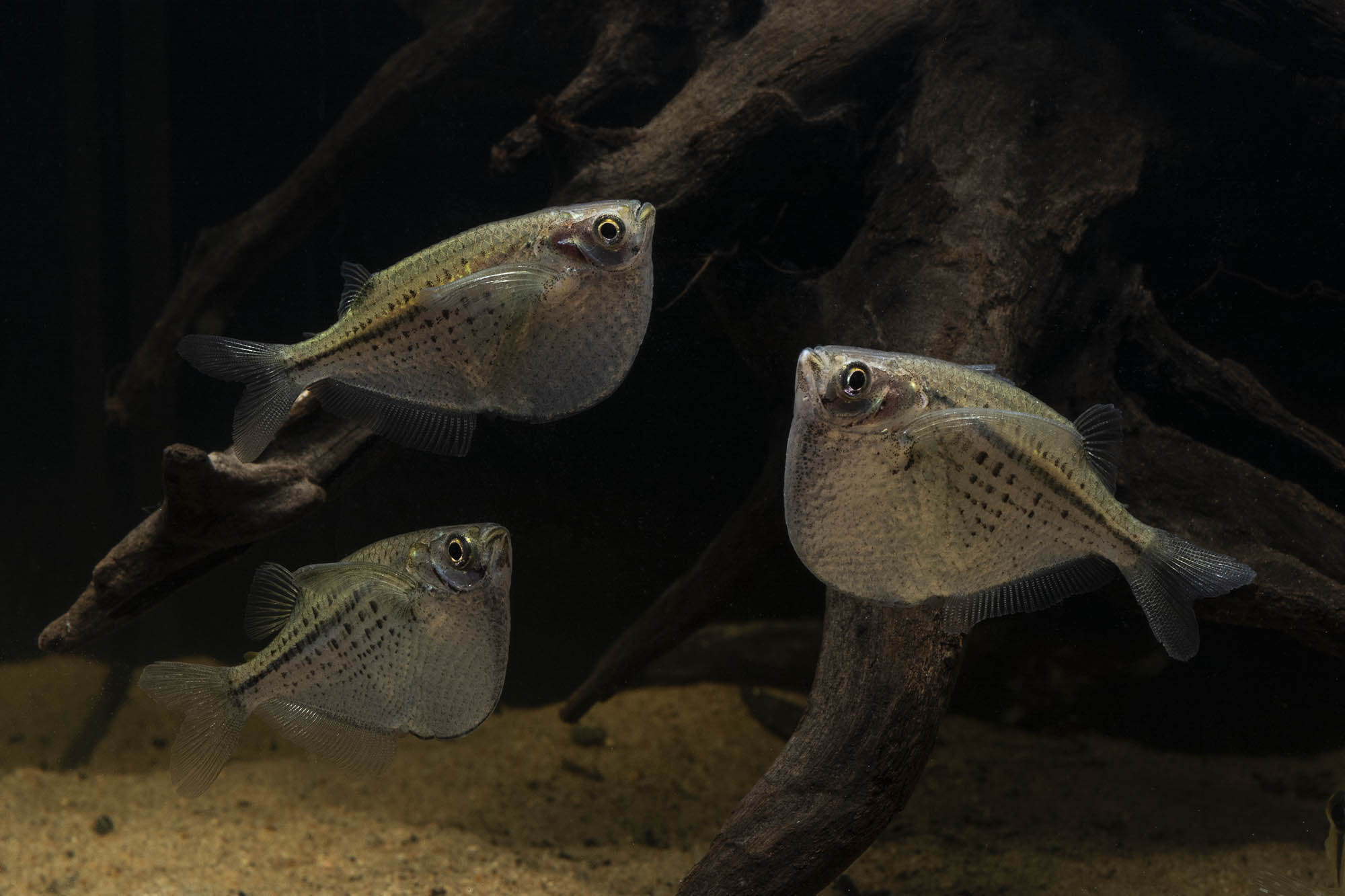 The beautiful Spotted Silver Hatchet (Gasteropelecus maculatus), which the author recently received in a shipment from Colombia

In the freshwater hobby, the Hatchetfish (Family Gasteropelecidae) have long been popular aquarium fish due to their peaceful nature, unusual body shape, and surface dwelling nature. Of the 3 genera and 9 species known in this family, only a few make their way into the trade regularly—primarily the Marble Hatchet (Carnegiella strigata) and any of the species commonly referred to as Silver Hatchets (usually G. sternicla and G. levis). All of these are seasonal and somewhat delicate fish but remain popular staples of the hobby. And although most species have been bred in captivity, some even on a commercial scale, the majority of the Hatchets that are available for sale in the US today are wild-collected from South America. 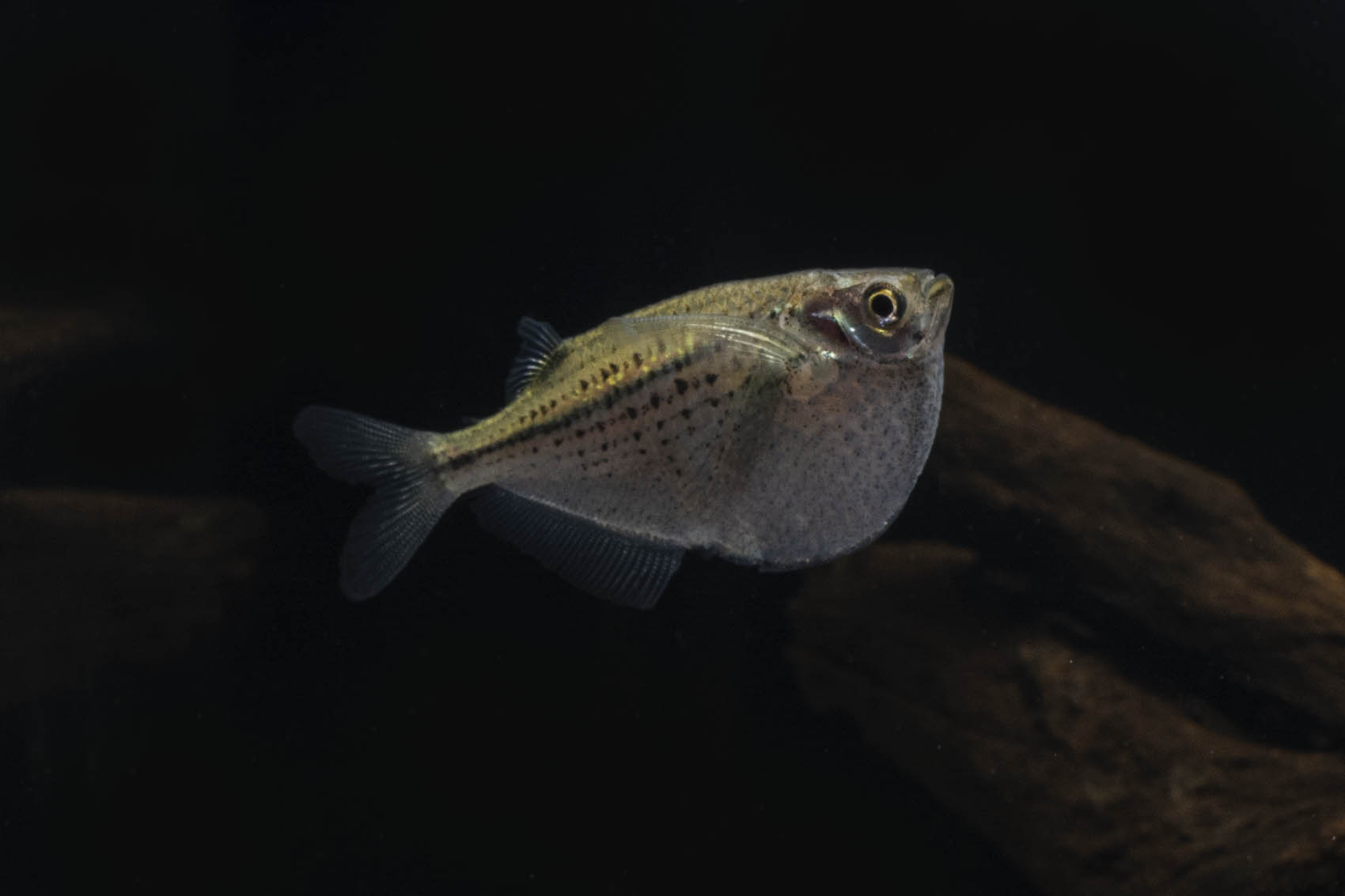 G. maculatus can be found from the Pacific slope of Panama to the Western side of Colombia and possibly Ecuador

Recently, my supplier in Colombia contacted me to let me know he had large Silver Hatchets available, which, given the fact that it is currently the rainy or high water season and fish are scarce, was newsworthy. I ordered a group of them, making a mental note to check the species identification when they arrived. To my surprise, they were indeed quite large on arrival and displayed a much more pronounced pattern than either of the other commonly-seen species of Silver Hatchets.

I realized this was something I had not seen before, and a quick search confirmed that this fish was, in fact, the much less commonly seen Spotted Silver Hatchet (Gasteropelecus maculatus). The supplier explained that these fish had come from the Rio Caqueta around Florencia, Colombia. This area, once a perilous hotspot for narcotics production and paramilitary activity has recently become much more accessible and safe due to the Colombian government’s peace agreement with the rebel group FARC (the Revolutionary Armed Forces of Colombia, or Fuerzas Armadas Revolucionarias de Colombia). Because of this, a variety of new and uncommon ornamental fish are flowing out of the region and into the global trade, including the spectacular Spotted Hatchet. 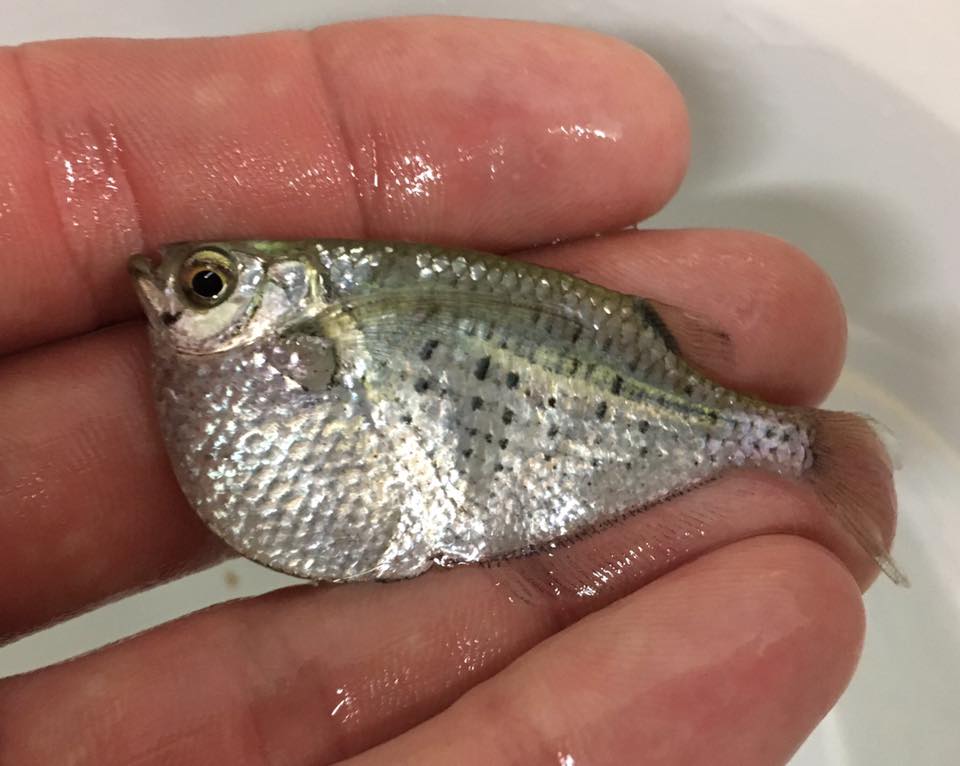 A freshly imported Spotted Silver Hatcher in the author’s hand for scale. This large growing species can reach 3.5″ (9cm) in length

Although my observations of them in the aquarium have been limited so far, they appear to be similar to their congeners in everything except their preferred swimming configuration. While most hatchetfish stay very close to the surface of the water at all times, these fish seem to prefer positioning themselves several inches below it, mid water column. 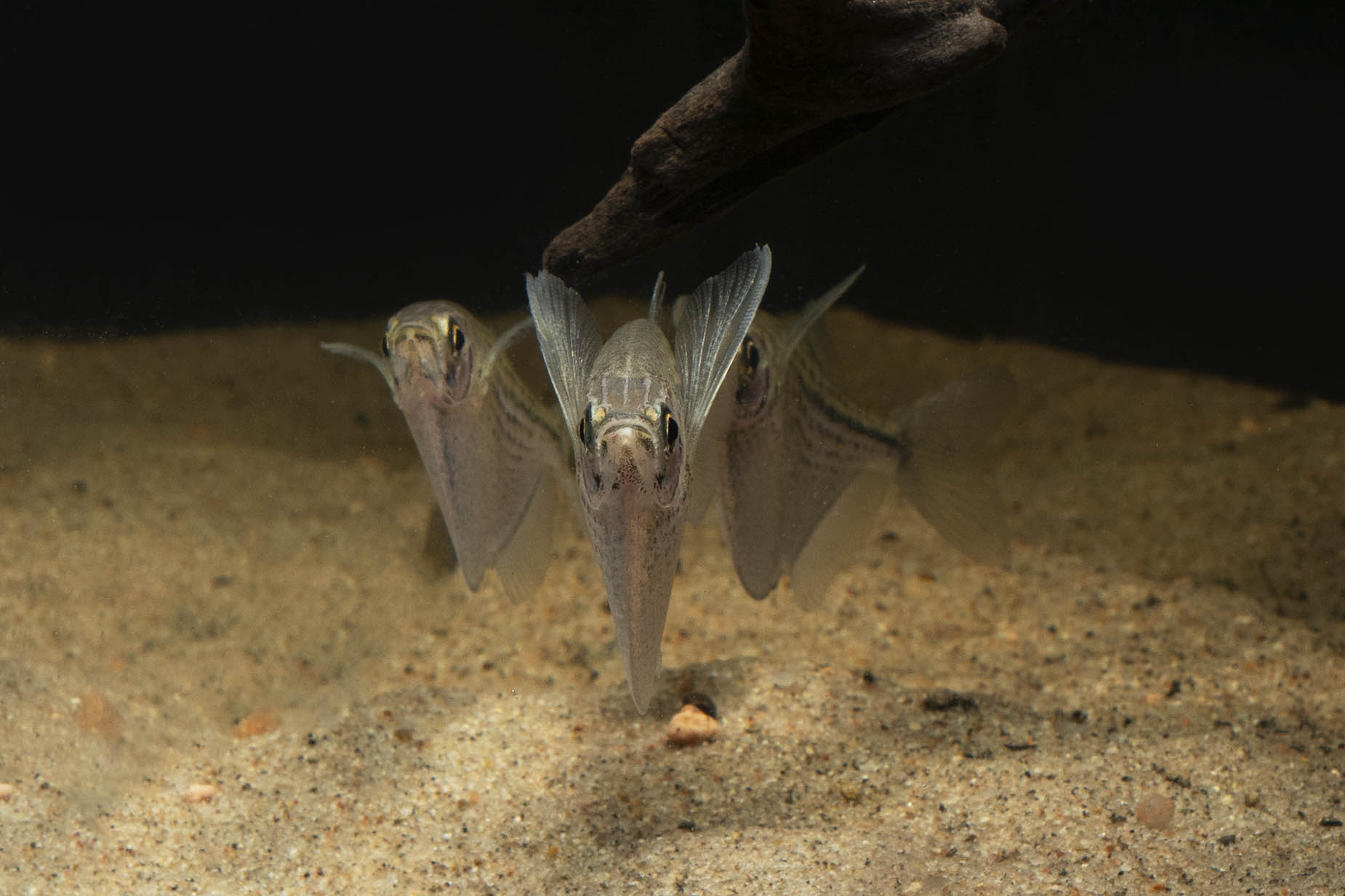 Unlike most other species of hatchets, G. maculatus seem to prefer positioning themselves lower in the water column

Hopefully, with the influx of fish coming from this region of Colombia and this species’ apparent hardiness in the aquarium, it will become a more common sight in the US hobby. They certainly impressed this seasoned hobbyist, and chances are good that the fish chosen as photography subjects for this post will remain in one of his home aquariums long-term.