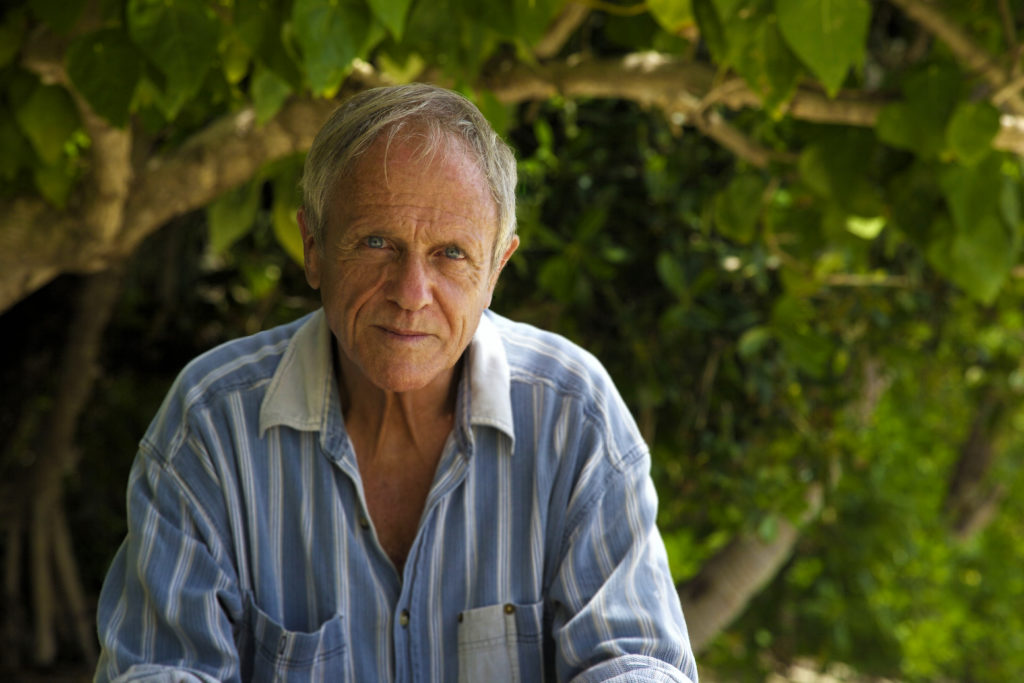 “MACNA is thrilled to be able to bring this international thought leader in coral reef conservation and research, as well as the first full-time researcher on the Great Barrier Reef, to our event attendees as we continue to spread knowledge and education about the marine aquarium industry to hobbyists, trade professionals, and the general public through our MACNA event and the continued actions of MASNA in North America,” said MASNA president Dr. Kevin Erickson.

About our MACNA 2018 Keynote Speaker:

“Charlie” Veron has worked on all the major coral reef regions of the world and over 100 research publications including 12 books and monographs on corals and coral reefs. He is also the principal scientist of Coral ID and Coral Geographic which, respectively, are electronic products of taxonomy and biogeography with global coverage. The latter has underpinned virtually all major conservation initiatives of Indo-Pacific reefs made over the past decade.

His work has led to widely accepted evolutionary concepts of marine life and to the palaeontological record (Family Tree) of corals. He is the author of the three-volume Corals of the World, (2000).

He is former Chief Scientist of AIMS and now has his own organization, Coral Reef Research as well as several adjunct positions. He has received many professional awards including the Darwin Medal (International Coral Reef Society), the Silver Jubilee Pin (Australian Marine Sciences Association), the Australasian Science Prize, the Whitley Medal and received special mention in the Eureka Awards.

He has doctorates in two fields. Veron’s latest book, A Reef in Time: The Great Barrier Reef from Beginning to End (Harvard University Press, 2008), distills the world’s best science for general readers, following the GBR from its earliest origins, to current issues, to future prognoses.

About our MACNA 2018 Saturday Night Banquet and Conference:

Dr. Veron will be speaking during the Saturday Night Banquet at MACNA 2018 in Las Vegas, Nevada, September 8th, 2018. The banquet begins at 7:00 PM and will be held at the Westgate Resort and Conference Center. Banquet attendance is scheduled in advance and is either included with MACNA Full Conference Passes purchased by attendees (cost is $189) or purchased a la carte as space is available through www.macna.org/attend. Banquet attendees will have the pleasure of Dr. Veron’s Keynote Presentation, as well as witnessing the award of two MASNA awards, MASNA’s Aquarist of the Year, and the MASNA Award, as well as the recognition of two 2018 MASNA Student Scholarship recipients.

MACNA’s 2018 Keynote Speaker is funded by the generous sponsorship of Ecotech Marine (www.ecotech.com).

MACNA is the longest-running public marine aquarium conference of its kind in the world with the largest exhibit floor of any conference currently offered to the public within the industry. It is known as an annual social event where speakers, exhibitors, hobbyists and more come to socialize with one another. The event attracts attendees from all over the world to see the industry’s newest offerings and research findings. MACNA® 2018 is the 30th annual MACNA Conference of its kind, the first MACNA was held in 1989 in Toronto, Ontario.

A full list of MACNA 2018 sponsors can be found here: www.macna.org/sponsors.

MACNA® is a registered trademark of the Marine Aquarium Societies of North America (MASNA®). Each year the MASNA and MACNA teams select a new city to host MACNA that boast strong local club support, and a genuine interest in the marine aquarium from hobbyists old and new, as well as the local community. MACNA is an annual public non-profit marine aquarium conference, and is a combination of several events: an educational symposium where people can attend lectures from industry leaders, conservationists, authors, and scientists; a trade show where hobbyists can buy new corals, coral fragments, and see new equipment and attendees can also meet with manufacturers and provide feedback to ensure the continual innovation of products available to the industry; a social event where speakers, vendors, and hobbyists come to socialize with one another, giving all an opportunity to put faces with names seen only on message boards, emails, in books, or online. MACNA® Event Facts: Education: In the past 16 years, MACNA has hosted over 180 speakers ranging from industry leaders, conservationists, authors and scientists. Trade: MACNA consistently has over 150 exhibitors on the exhibit floor giving all attendees and exhibitors the ability to speak to each other in person. Community: With an average of over 5550 ticketed days, MACNA® is the highest attended single event in the marine aquarium hobby as it moves around the country. 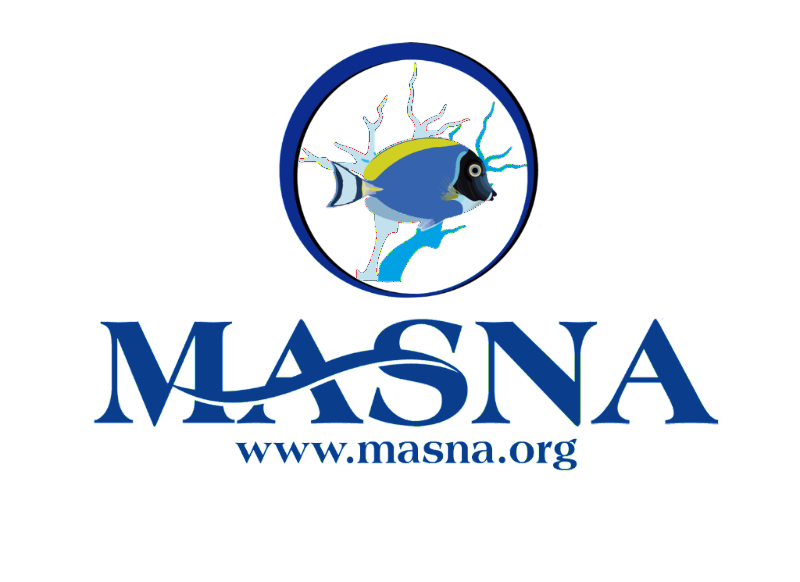 MASNA is a 501(c)(3) non-profit organization composed of marine aquarium societies, individual hobbyists, and industry partners from North America and abroad, totaling several thousand individuals. MASNA’s goals are to: Educate our members with online and published material, the MACNA conference, and other sanctioned events. Assist in forming and promoting the growth of clubs within the hobby while ensuring a sustainable future for the marine environment. Support the efforts to eliminate abuses in collecting and transporting marine organisms through education, assistance, and encouragement. Encourage the ethical growth of the marine aquarium hobby and support captive breeding/propagation efforts.