A New Perchlet from the Depths of Easter Island

The genus Plectranthias contains right around 50 examples of small, bottom-dwelling Anthiines. On the whole, they are seldom encountered by aquarists, and for that matter, most live at depths which preclude frequent collection for the marine aquarium trade. The pursuit of these deep-water fishes for the aquarium trade would generally be difficult and/or cost prohibitive as well, which explains why this genus is so poorly represented.

Nevertheless, the expansion of deepwater diving and collection techniques offers a continuous parade of new discoveries as scientists explorer the twilight zones of our coral reefs. One such example is the new species of Perchlet, Plectranthias ahiahiata, which was discovered by researchers from the California Academy of Sciences (CAS). Published as an open-access journal article in Zookeys, the new species description reveals the depths to which scientists went to secure this discovery at the remote Easter Island.

Earlier reports suggest that this new species “has a very cryptic lifestyle, hiding in rocky crevices and caves, and rarely emerges to take a peek.” CAS scientist Bart Shepard was “lucky to spot and collect one.” According to the paper, this was the only specimen obtained, “collected with hand nets while diving on mixed-gas, closed-circuit rebreather.” The dimly-lit mesophotic reef was a cool 19C (66F) at the time of the dive. 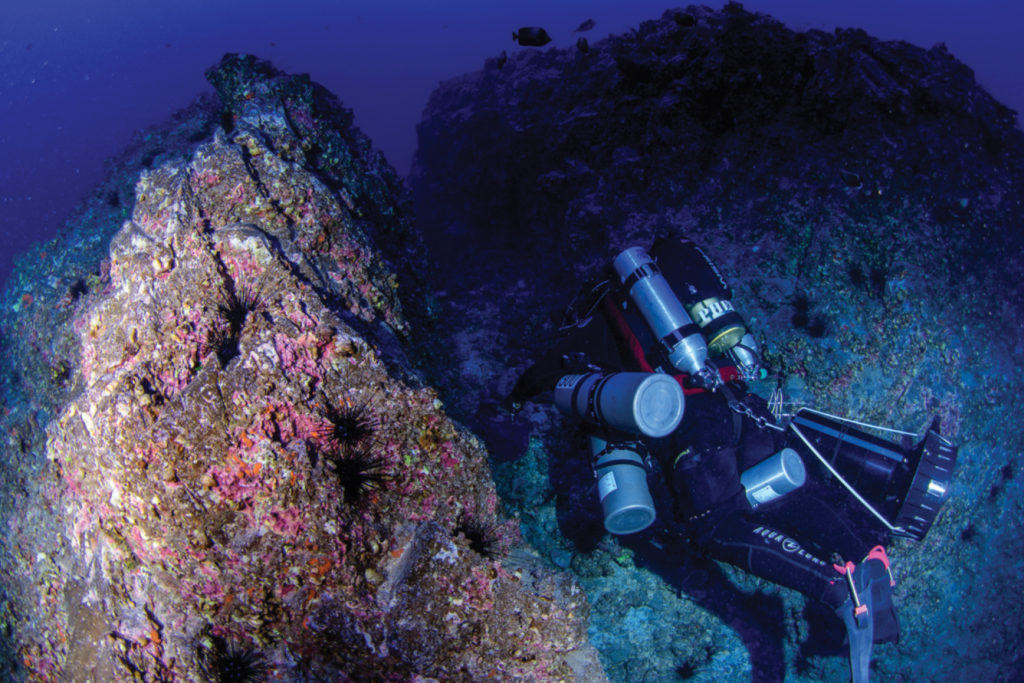 We are unaware of any marine aquarium fish exports originating from Easter Island. But even if there were, this species could likely be off limits following the creation of the Rapa Nui Protection Area, billed as one of the world’s largest marine protection areas, as established in late 2017. Nevermind that—you’d probably have to be diving with rebreathers to catch it!

So while you will likely never see this interesting, small, long-headed orange-yellow-red Anthias/Hawkfish relative offered in the aquarium trade, you do have an alternative. For those looking to try a Perchlet, the related Plectranthias inermis, often sold as the Geometric Pygmy Hawk, is likely your best option. 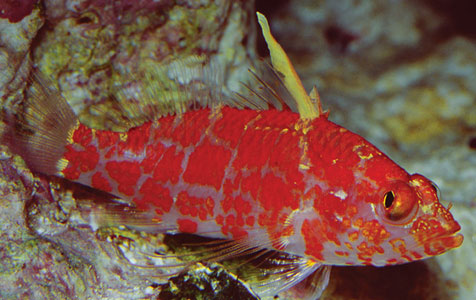 Plectranthis inermis, the Geometric Pygmy Perchlet, is the only species from this genus routinely encountered in the aquarium trade. It is not a hawkfish, although it’s sometimes sold as such.