VIDEO: Explore the Andean Headwaters of the Amazon River

with materials via Eddy Out Productions

The depths of the Rio Marañon, the major headwater of the Amazon River in the Peruvian Andes, remain largely unexplored and threatened. 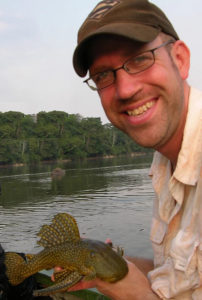 As mega-dams loom and the clock ticks, University of Toronto evolutionary biologist and AMAZONAS Magazine contributor Nathan Lujan, Ph.D., describes evidence of new Marañon fish species, ecology unique to this river basin, and the likelihood of many more discoveries awaiting future fieldwork in one of the last great free-flowing rivers in the world.

Lujan explains, “…by damming [the Rio Marañon] you’re essentially decapitating the Amazon. Of the 18 scientific expeditions that I have conducted to South America, my 2006 expedition to the Marañon was one of the most productive because of the many new species we discovered and the fascinating ecology of wood-eating catfishes that we documented…I distinctly remember the moment my net was lifted, and there inside were two individuals of this new species with translucent white skin and long fin filaments. I knew immediately that these beautiful white fishes were new to science.” 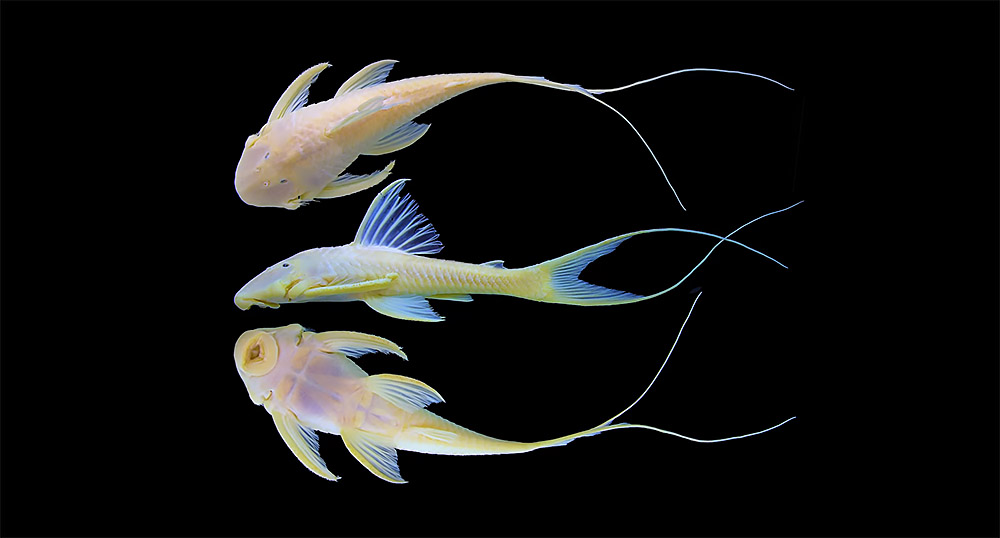 The transluscent wood-eating catfish described by Lujan was subsequently described, and is now recognized as a deepwater form of Peckoltia pankimpuju, Lujan & Chamon, 2008. In the aquarium trade it may be encountered as the Coal Pleco (the normal form is dark gray/black, see below), the Peruvian Lyre-tail Peckoltia, or simply L350. What else could Lujan discover if he were to return? Image Credit: Nathan Lujan.

“If we were to go back and survey more, there’d be a high likelihood of more discoveries, more new species yet to be found,” says Lujan. “There’s so much of the drainage that we just haven’t studied yet, that we know hardly anything about.” 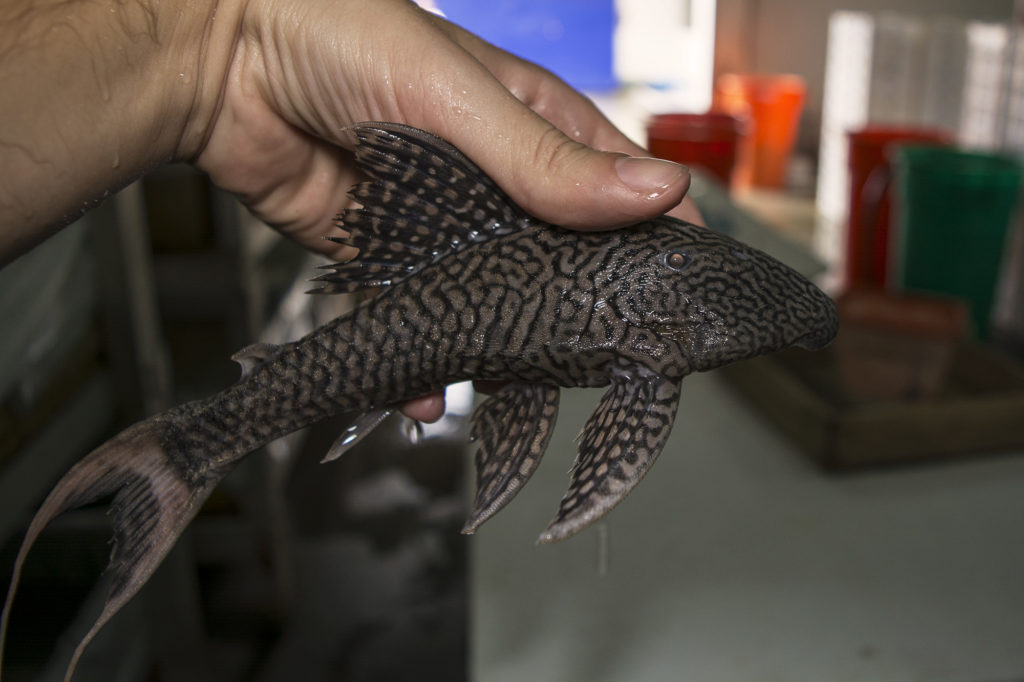 The normal color form of Peckoltia pankimpuju, a species native to the Rio Marañon, and only discovered during Lujan’s 2006 survey. Image by Michael J. Tuccinardi.

Reports suggest than the currently free-flowing Rio Marañon is subject to as many as 20 proposed hydroelectric damming projects. Lujan is certainly feeling a time crunch as these projects continue to move forward in South America. “A lot of conservation research, a lot of biodiversity research, has been focused on terrestrial ecosystems and focused on saving the rainforest. But while that conservation work is very important, in the past decade, hydroelectric dam construction has really accelerated, and these impacts are devastating river systems, and the conservation community in many cases hasn’t caught up. So, we’re racing to build an infrastructure to understand and conserve aquatic biodiversity in South America.”