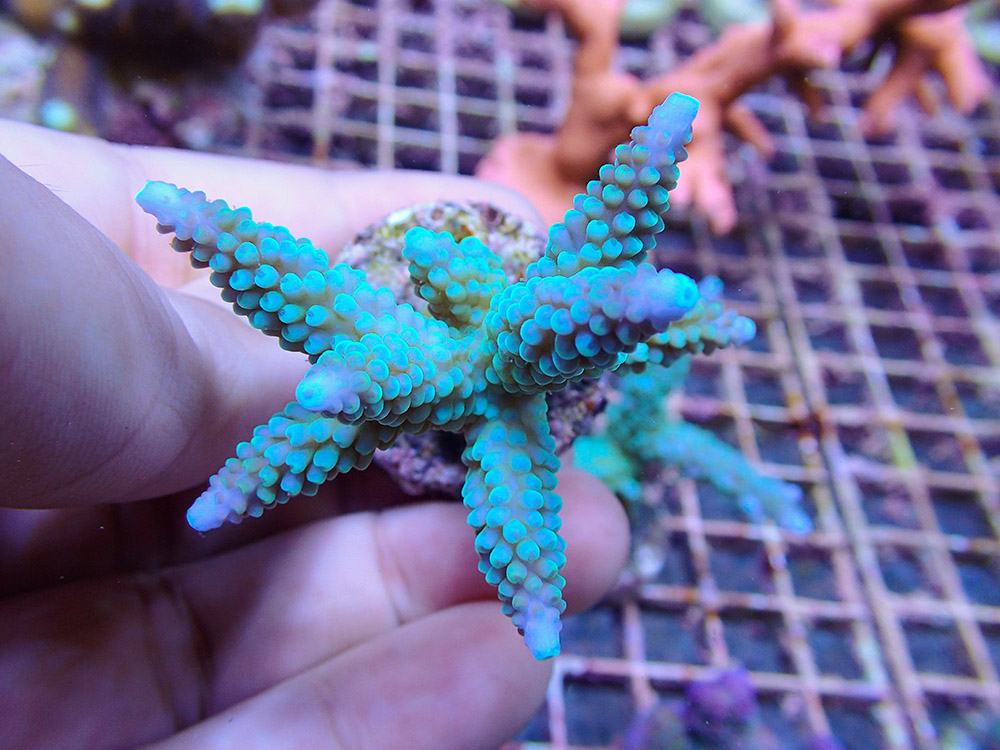 Indonesia is the world’s leading sources of corals for the marine aquarium trade, exporting both wild-collected and maricultured specimens, such as the Acropora frag. Shutterstock Image.

“I want to be clear, there is no Indonesian coral ban. CITES permits are being issued as normal.

“This story is just a technical problem between two ministries in Indonesia. The fishery/quarantine people don’t want to issue the health certificate that has to accompany any live coral shipment, locally and internationally. There are ongoing negotiations between these two ministries to solve this technical issue. Indonesians are progressive people and will look for a quick positive outcome. It will be solved within a couple weeks.

“There won’t be any local or overseas transportation of coral and anemones until health certificates are released again. Shipments will only be postponed, but I anticipate the resumption of coral exports in short order.”