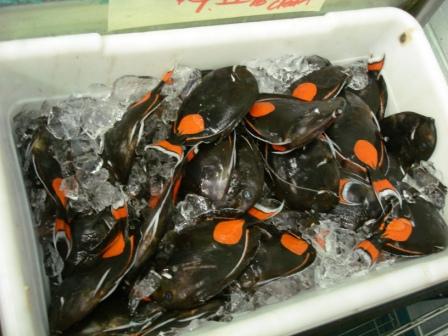 “This is legal; catching them alive for an aquarium is not. No permit needed to kill them.” Paku Ikui (Achilles Tangs) on ice for sale at $4.99 a pound in a Hawaiian fish market. Image: Hiloliving.com

Writing from his home in Honolulu, this was how Dr. Bruce Carlson, marine biologist and former director of the Waikiki Aquarium, first reacted to news that a court in Hawai’i had just expanded the ban on collecting live marine fishes to recreational marine life enthusiasts. The ruling effectively put a complete to halt the state’s collection of live fishes for aquariums. (See background articles.)

First, the courts invalidated the state’s commercial aquarium fine-mesh net ﬁshing permits, which led to a virtual shutdown of the industry in Hawai’i. Then, Hawaii’s DLNR closed the main fishery for aquarium fish in Hawai’i, putting the West Hawai’i Regional Fishery Management Area off limits.

Now, in addition to effectively ending the commercial collection of reef ﬁsh pending environmental review, Hawai’i’s First Circuit Court has issued a new ruling which invalidates recreational aquarium fishing permits. These permits allowed private individuals to collect marine fish for personal use in home aquariums. Reports state that the issuance of the current recreational permits, which authorized the collection of up to 5 fish per day, failed to comply with the environmental impact assessment requirements of the Hawai’i Environmental Policy Act.

Sport and recreational fishing with poles and hooks, and spearfishing which kills reef fishes, are both still allowed.

Other than the newly invalidated recreational aquarium fishing permits, there are no license requirements for recreational fishing in the ocean in the state of Hawai’i. (“There is no marine recreational fishing license in Hawai‘i for either residents or visitors, so you don’t need to worry about that as long as you don’t sell your catch.” – Hawai’i DLNR Fishing FAQ) 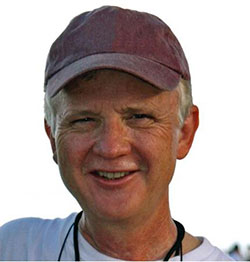 Dr. Carlson also forwarded a copy of the image shown above to the CORAL editorial offices above with the comment: “This is legal; catching them alive for an aquarium is not. No permit needed to kill them.”

A check on the current price for a single Achilles Tang in the retail US aquarium trade is $299 and upward, although many suppliers are out of stock as Hawai’i’s collection bans have severely hampered the trade in many species.

According to an article by Timothy Hurley in the Honolulu Star Advertiser: “Thursday’s decision by First Circuit Judge Jeﬀrey Crabtree means no such ﬁshing is legally permitted in the islands until the appropriate level of environmental review is developed and approved.

“The ruling is the latest legal victory for plaintiﬀs Rene Umberger, Mike Nakachi, Ka‘imi Kaupiko, Willie Kaupiko, the Conservation Council for Hawai‘i, the Humane Society of the United States and the Center for Biological Diversity.

“Represented by the Earthjustice environmental law ﬁrm, the group sued the state Department of Land and Natural Resources (DLNR) in 2012 for failing to comply with Hawaii’s Environmental Policy Act, which requires the government to consider environmental impacts in its actions.” (Link to full article below.)

Members of the Aquarium Fishery community and the aquarium trade are counting on responses from the DLNR and Environmental Assessments that use scientific data to support a reopening of the issuance of aquarium collection permits. All such current published data indicates that the aquarium trade in Hawai’i is sustainable and causing no significant harm to the state’s reefs and marine resources. (See “Pulse Check,” Sources, below.)

The Pet Industry Joint Action Council (PIJAC), based in Washington, DC, is supporting work on Environmental Assessments that they hope will support a return to legal commercial collection of aquarium fishes. Presumably, kids with nets would also be able to return to the states inshore waters and beaches.