Captive-Bred Rainbowfish Going Back into the Wild

Running River Rainbowfish photographed in the breeding tanks at University of Canberra.

Still not described by science, the so-called Running River Rainbowfish is recognized by Australian enthusiasts as beautiful, distinctive—and threatened in its natural habitat by an invasive Eastern Rainbowfish, Melanotaenia splendida, a species suspected to have been released in the wild by reckless aquarium fish hobbyists or collectors. Now, however, progress is reported in building populations of the threatened rainbowfish. Biologists are releasing captive-bred stock back into the wild waters of northern Queensland, Australia.

Supported by crowdfunding donations, including from the readers of AMAZONAS, a breeding program at the University of Canberra has produced “thousands” of Running River Rainbows that are now being released and tracked at two sites in waters not yet invaded by the common Eastern Rainbowfish.

Originally published in the December 2017 edition of Fishes of Sahul ( Journal of the Australia New Guinea Fishes Association), the latest update on efforts to save the Running River Rainbowfish have recently been made publicly available via the website ResearchGate.net. This report documents signs of progress in this multi-year project to establish populations of this endangered fish in the Burdekin River watershed. 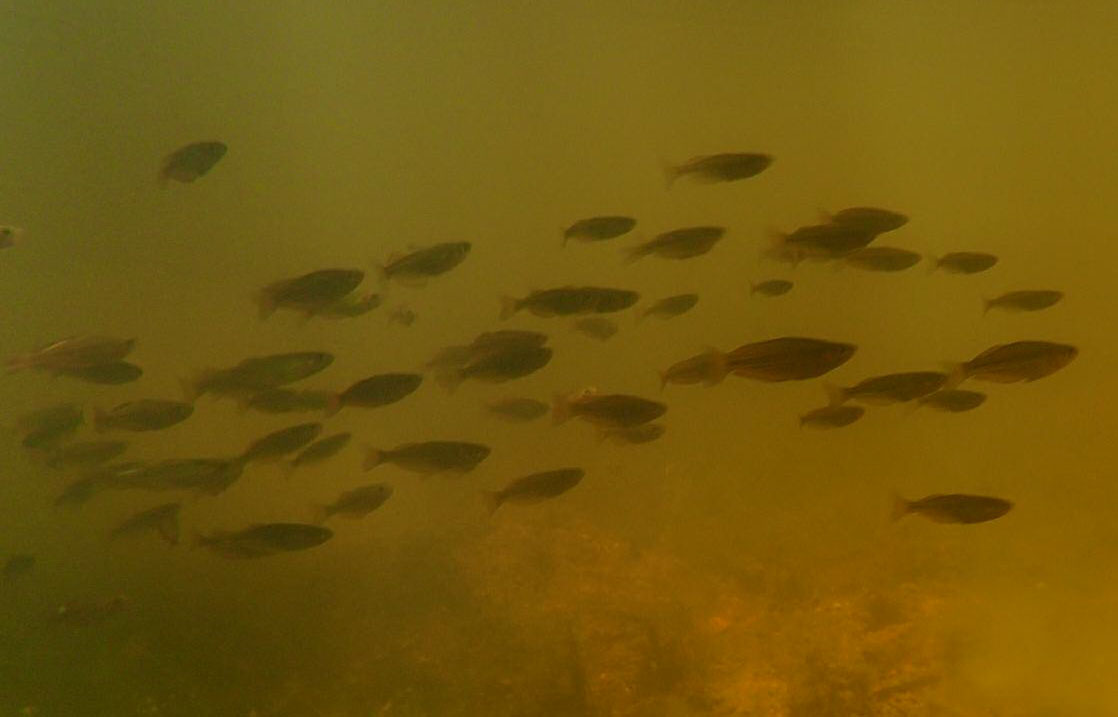 Here are select highlights from the latest update: 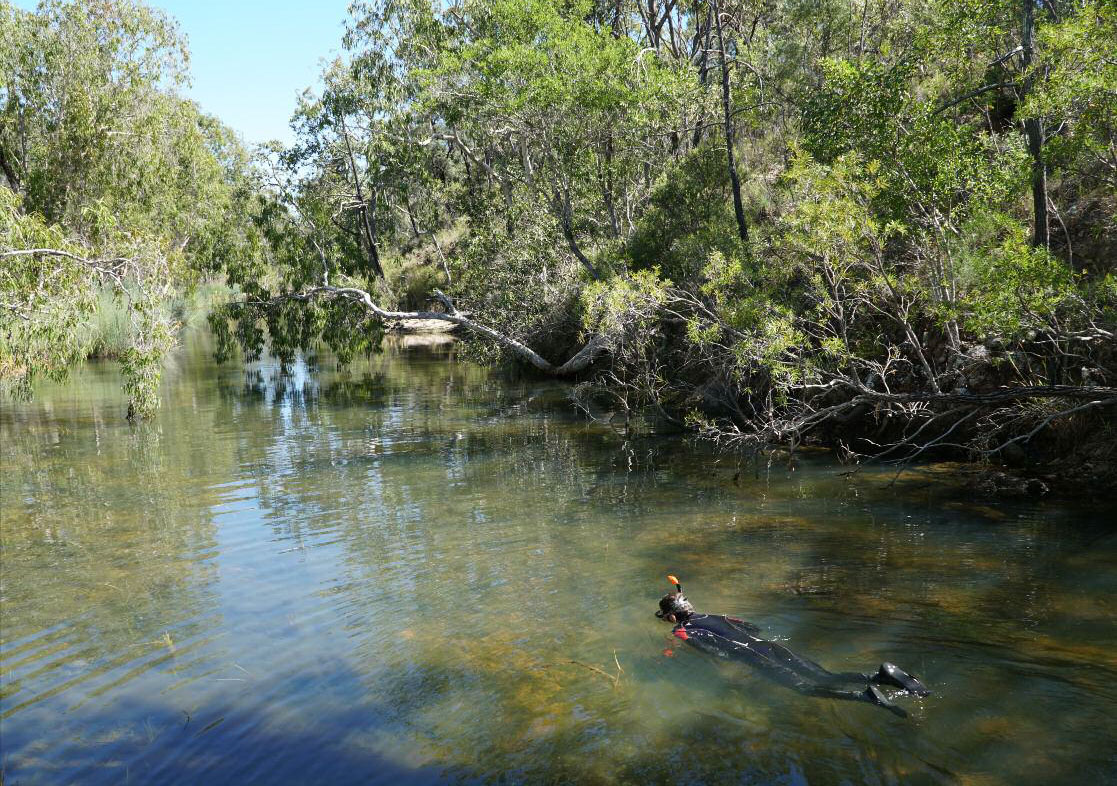 Karl Moy performing a snorkel survey of the initial release site in Deception Creek in May 2017.

You can download the full report, with many more details and images through ResearchGate.