VIDEO: 4K Pajama Cardinalfish on the Reefs of Palau 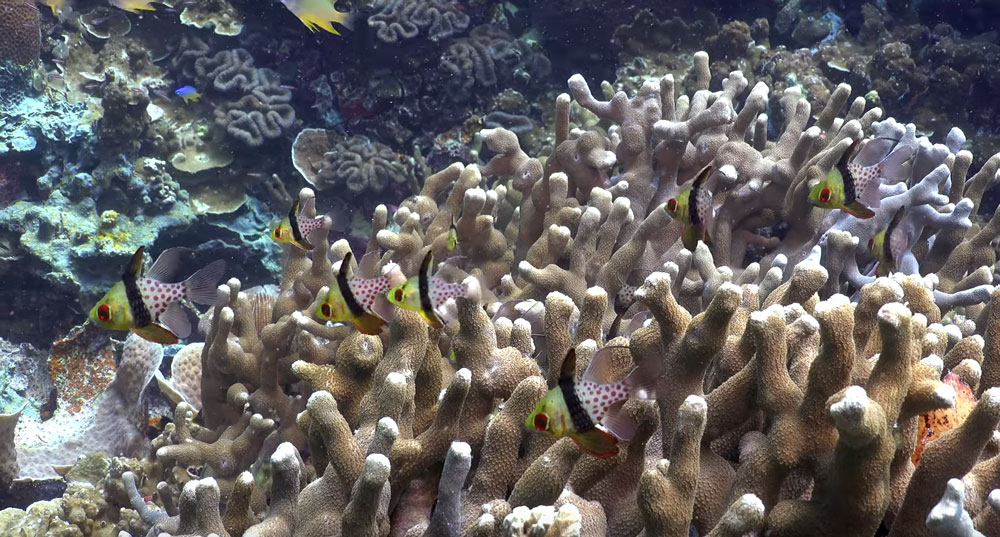 A stunning candid look at the life of Pajama Cardinalfish on the coral reefs of Palau, as captured in 4K ultra-HD footage by Dr. Bruce Carlson.

In the wake of the tremendous response we received after sharing Dr. Bruce Carlson’s initial 4K footage from Nikko Bay, Palau, we are thrilled to announce that he’s presented a second, equally stunning underwater vista.

It turns out this video holds a subtle secret: “In fact, the two videos overlap; this new scene is just to the right of the previous scene. The primary fish in this video is the Pajama Cardinalfish, Sphaeramia nematoptera. Again, no titles, no music, just nature (and the annoying sound of my regulator).”