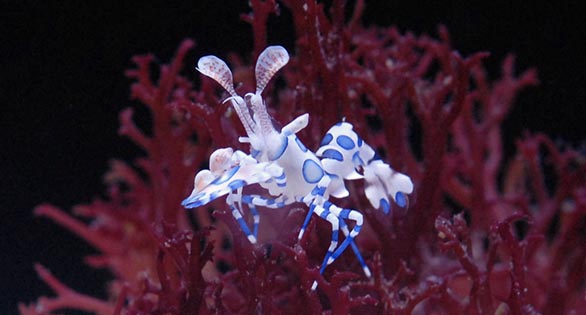 Captive-bred Harlequin Shrimp (Hymenocera elegans) from Aquatic Technology of Ohio and the Columbus Zoo entered the commercial aquarium trade in 2017.

Quality Marine has always made it our mission to offer the most diverse selection of the highest quality livestock that responsible and sustainable wild-harvest can support. The vast majority of global sources that supply wild-caught marine fish are mired in the grip of devastating poverty. In those locations, sustainable, short-supply-chain collection of wild species has far-reaching economic and ecological benefits.

In addition, Quality Marine strongly believes in supporting, promoting, and helping develop aquaculture efforts both here in the United States and around the globe. In furthering all aspects of this mission, we are continuously expanding the variety of aquacultured specimens we make available to the aquarium trade. 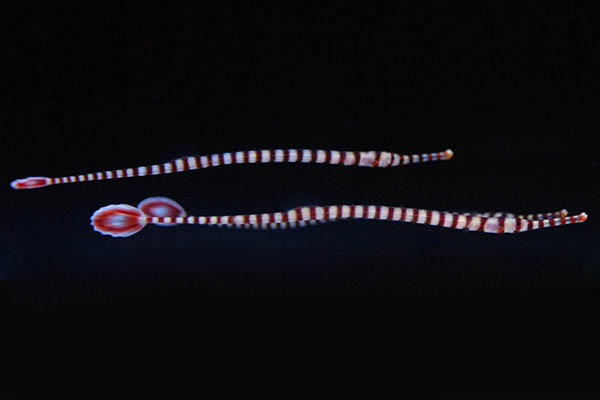 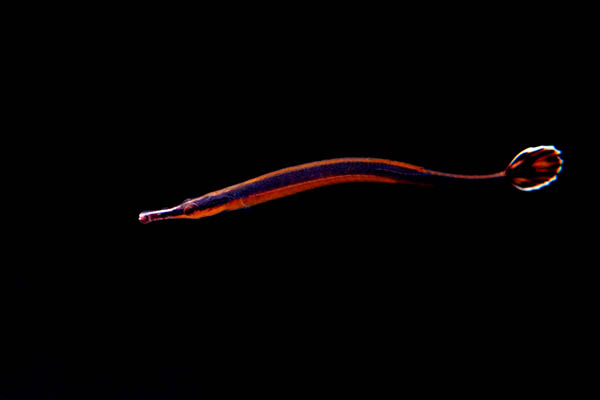 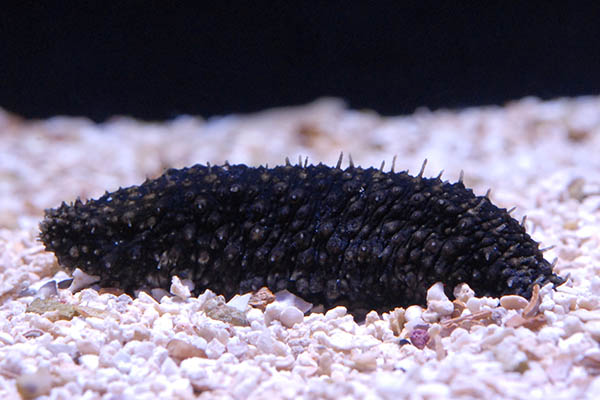 Not all aquaculture firsts are glamorous, but species like the Caledonian Sand Sifting Cucumber, Holothuria fuscopunctata, play an important role as part of a well-established cleanup crew in today’s modern reef tanks.

Bringing Rare Fish Back to Market

Clownfish have long been one of the most popular fish in the marine aquarium trade. Due to advances in technology, along with a better understanding of the process, the supply of cultured clownfish has grown exponentially in the past 10 years. A very-rarely-seen species (either wild or cultured) came back to Quality Marine after not being available in any way for over two years. In June, we were very excited to announce the arrival of the aquacultured Wideband Clowns (Amphiprion latezonatus) from Hawaii. The Wideband Clownfish is found in the waters surrounding Australia, where they commonly inhabit reefs at depths down to 45 meters. Like most clownfish, the Wideband is known to create symbiotic relationships with anemones (Heteractis crispa), which they use as a source of protection. 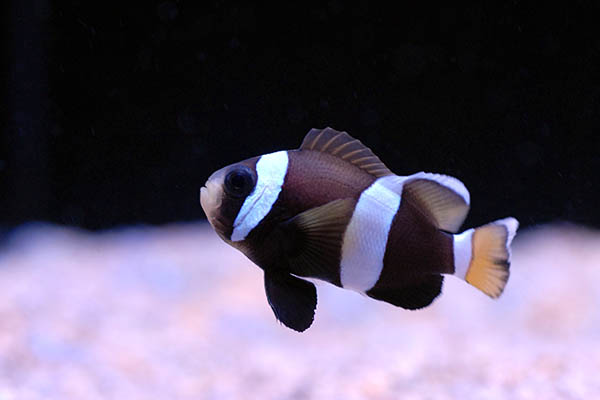 Wideband Clownfish, Amphiprion latezonatus, are a rarely-seen, challenging species to keep and breed. Fully-barred and captive-bred, these stunners are experiencing an exciting return to commercial availability.

In September, we were excited to announce the arrival of aquacultured Tiger Tail Seahorses (Hippocampus comes) for the first time since 2015. The Tiger Tail Seahorse’s wild populations have been depleted due to habitat degradation, incidental catch, and targeted harvest for traditional medicine, as well aquarium collection, which has led to them being categorized as Vulnerable on the IUCN Red List. This listing makes their successful aquaculture even more important, as it reduces pressure on the wild populations. 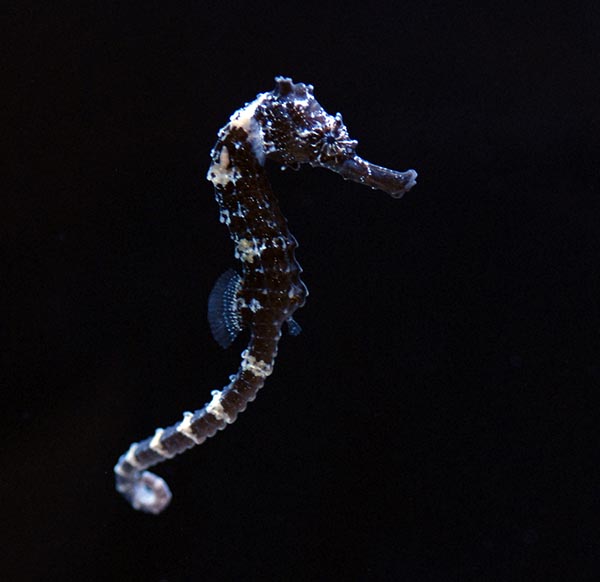 Tigertail Seahorses, Hippocampus comes, have seen ebbs and flows of availability over the years; aquacultured specimens offer aquarists the best chance for success with this beautify species.

One of the projects we are proudest to be a part of is teacher Brandon Rutherford’s “Coral Reef Project,” where students at Stratton Elementary (Champaign, IL) are learning the importance of captive breeding marine fish. The initiative aims to teach students and the community about coral reef ecology and its conservation. The project partnered with marine biologist Dr. Justin Rhodes at the University of Illinois to start a clownfish breeding program. Mr. Rutherford believes this breeding project has helped provide students an invaluable educational experience where they have learned about chemistry, biology, and technical lab and experimental skills. Their classroom breeding program has produced over 300 Saddleback Clowns (Amphiprion polymnus), and Quality Marine received the students’ first shipment of market-ready clownfish in May  2017. All the proceeds went back to support the ongoing efforts of the “Coral Reef Project.” Here at Quality Marine, we believe children are the future, and we are proud to assist in educational outreach. We will continue to collaborate with all of our educational partners. We look forward to seeing how these initiatives grow and flourish. 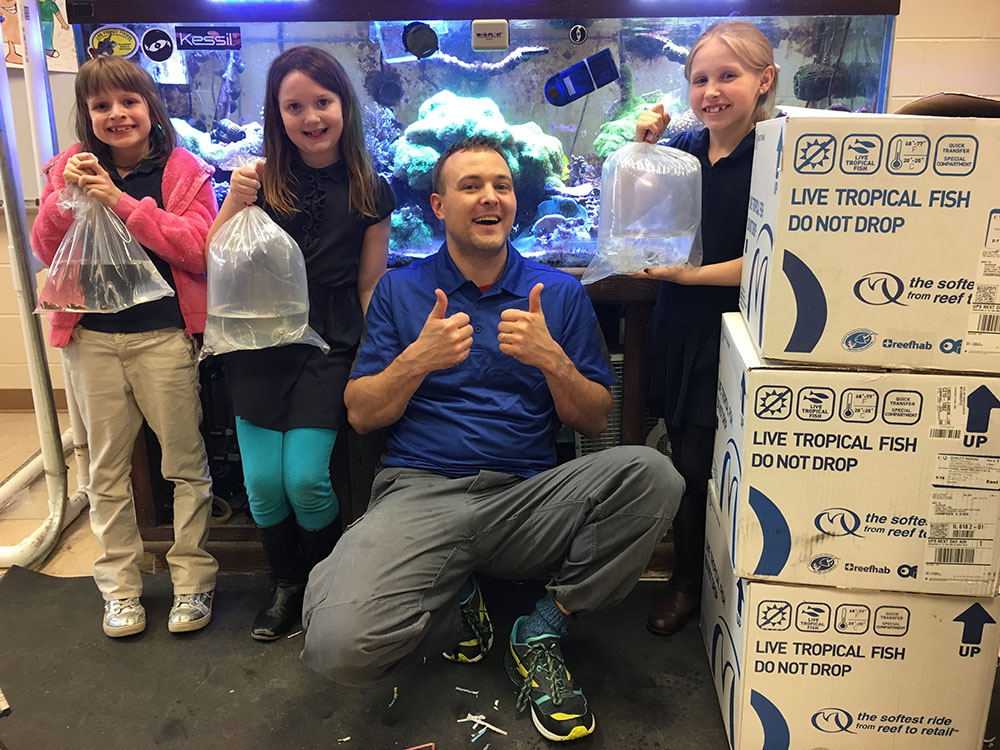 Our goal is to continually expand our diversity of aquacultured livestock as we focus our efforts on the initiatives that are the most environmentally significant. Utilizing all sustainable avenues available to us in sourcing aquarium livestock is essential for the longevity of our marine aquarium hobby and the health of our oceans.

In the last two years, Quality Marine has seen an increase in the awareness of and need for captive breeding. In direct correlation with this increase in awareness, there has been an increase in demand for captive-bred species. Our sales of captive-bred specimens have increased by 11.4% since a year ago. We are committed to being the industry leader in our efforts to offer the widest variety and best quality of aquacultured and sustainably collected wild specimens on the planet.