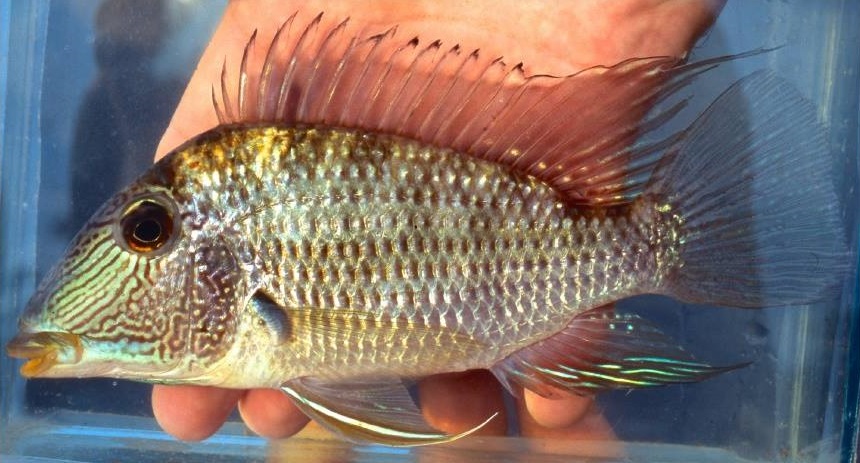 A live specimen collected in the Rio Jaru, Rio Madeira basin, in Brazil” (photo by U. Werner).

Satanoperca curupira, new species, is described from the rio Madeira basin in the State of Rondônia, Brazil. It is distinguished from all congeners by the following combination of characters: 3–7 dark-brown oblique stripes on the lachrymal (vs. 2 well-defined dark-brown stripes, or dark-brown stripes absent) and an irregular pattern of dark-brown stripes on cheek and opercular series (vs. cheek without dark-brown markings or with light-beige rounded spots). According to meristic and color pattern characters, the new species is considered a member of the S. jurupari species group, and is syntopic with S. jurupari, which is widespread in the Amazon basin. The restricted geographical range of the new species is congruent to that observed for some other Satanoperca species.