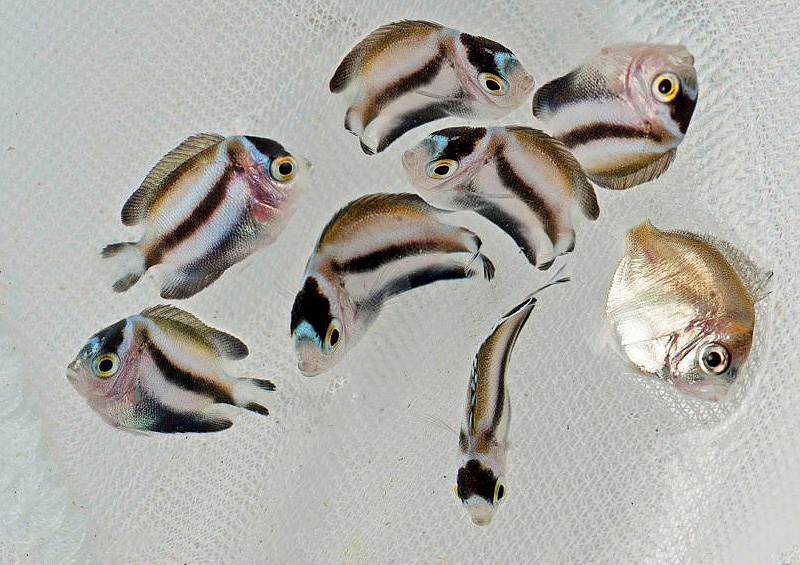 Those who are part of the online breeding community may likely attribute the first successful captive-breeding of the highly desireable Bellus Angelfish, Genicanthus bellus, to Chad Vossen of Alpha Aquaculture (which recently merged with Vossen’s former Minnesota-based Vossen Aquatics). Vossen was very public about his work with Bellus Angelfish in 2017, routinely sharing updates via social media in the fall of 2017 as he worked on a promising batch of Bellus. 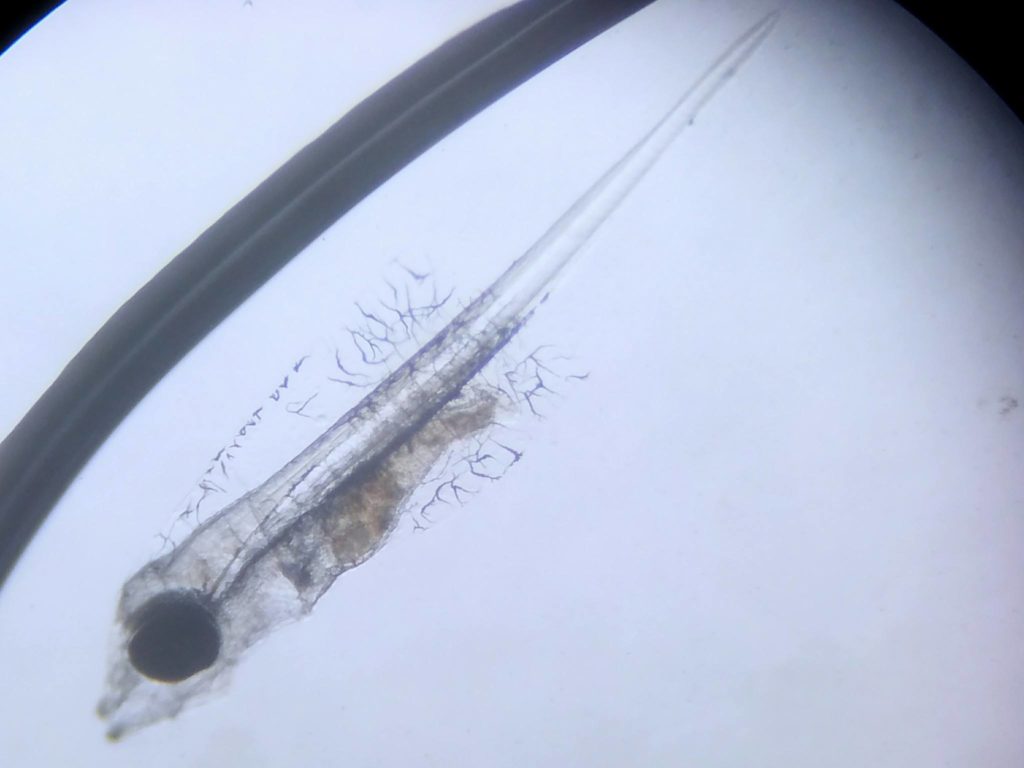 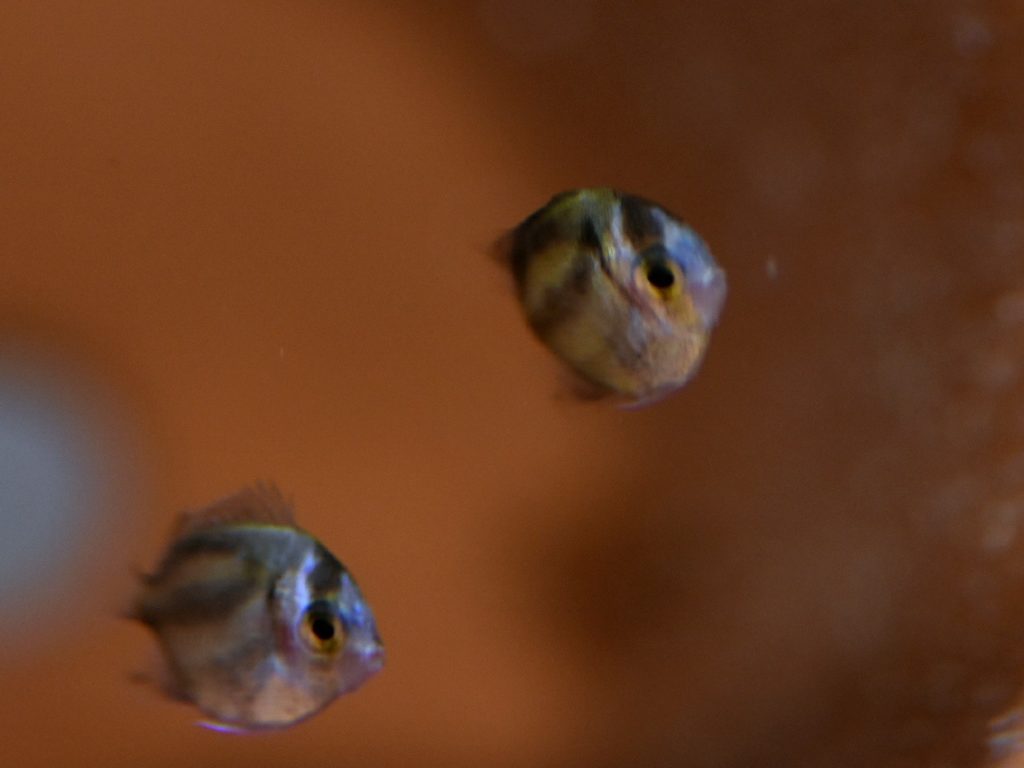 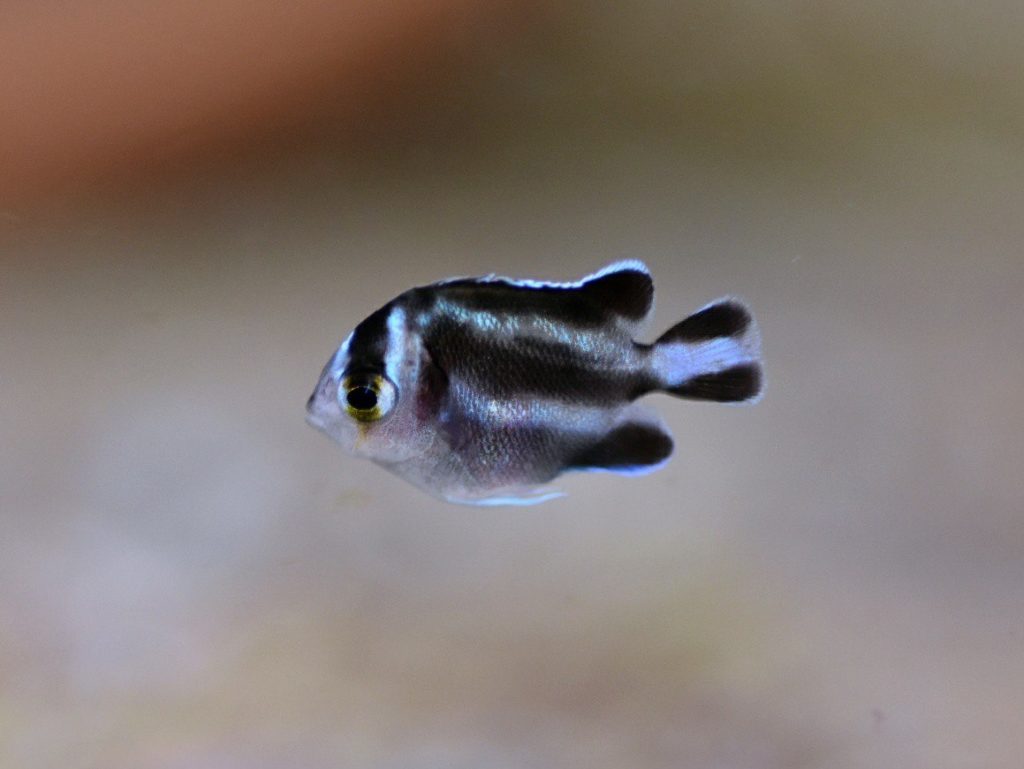 In the spirit of full disclosure, I consider both Chad Vossen and Matt Wittenrich personal friends of great character. Why would I bother to mention character? Well, as it turns out, I had approached Vossen about his presumed “species first” with the Bellus Angelfish. He could have easily laid claim to it on the spot, and I would’ve published it as such and moved on. But of course, Vossen stopped me right there and said, “I wasn’t the first. Witt bred them earlier this year.”

Apparently, in all the chaos of Dr. Wittenrich’s unveiling of Poma Labs at MACNA 2017, Wittenrich hadn’t bothered to mention that, “Oh, by the way, I also bred Bellus Angelfish while I was doing all these other Chaetodontoplus spp.”

This presented an interesting conundrum, because when we finally spoke about it, Wittenrich confided that he was more than happy recognizing Chad as the first to publish, and therefore the first to lay claim to the accomplishment. When it comes to the “Species First Award” from the Marine Breeding Initiative, we use the “first to publish” criteria, which would clearly give the edge to Vossen, per MBI rules. When you have two highly accomplished breeders unknowingly competing, chasing down a major accomplishment, each ultimately willing to point to a “competitor’s” success over their own, that’s a classy move. I say we recognize both accomplishments, and that they share in the accolades!

In fact, you can not only share in the accolades but benefit directly from the accomplishment.

Poma Labs’ prior offerings of captive-bred Bellus Angelfish were effectively on the “down low,” but on February 2nd, 2018 (Groundhog Day, no less), Wittenrich peeked out the Poma Labs door, saw his shadow, got spooked, and rushed back inside to post this update on Facebook:

“Our third batch of Bellus angels is just about ready to ship. These gorgeous little reef-safe angels sell out very quickly and rarely make it to the website. These ones are thriving on PE Pellets and come with a 30-day guarantee and Certificate of Identity.”

Poma Labs currently sells exclusively directly to aquarists, meaning you’ll have to have them shipped directly to you. See more at www.PomaLabs.com and follow them on Facebook.

Want a captive-bred Centropyge instead?

While Vossen isn’t distributing his own captive-bred Bellus at this time, Alpha Aquaculture is currently marketing a limited run of captive-bred Multicolor Angelfish, Centropyge multicolor, produced by Hawaiian-based Syd Kraul! 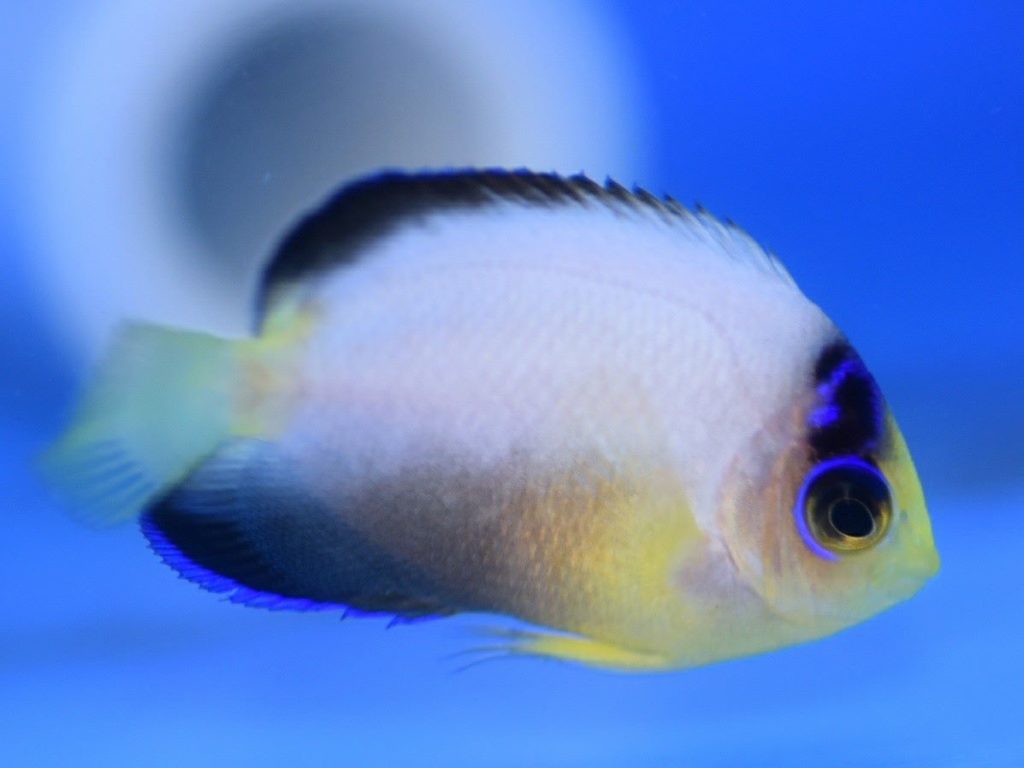 Alpha Aquaculture sells only wholesale to the aquarium trade, so be sure to have your favorite local fish shop connect with them if you want to get one of these very uncommon captive-bred beauties. See more at www.AlphaAquaculture.com and follow them on Facebook.