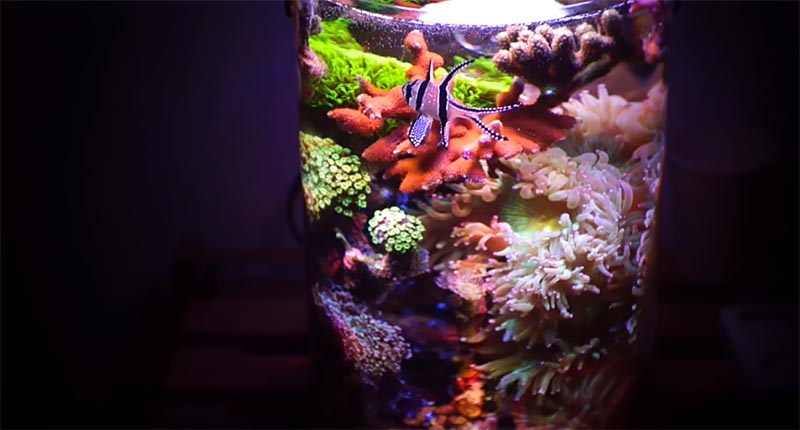 If any more life existed in this Chinese jar reef, it’d probably start growing over the sides.

YouTube channel CoralFish12g founder “George” started reefkeeping back in 2008, and over the years he’s used his channel not only to talk about reefkeeping, but at times to feature the reefs of hobbyists from around the globe. In this beautifully edited footage, George introduces us to the 2-gallon pico reef jar of Nano-Reef.com member Pongpitt Zhang, based in Guiyang, China. Pongpitt’s reef is well documented, including some amazing growth sequence photos, in a thread on the Nano-Reef.com website.

Before you dive into the footage, some quick details and notes: