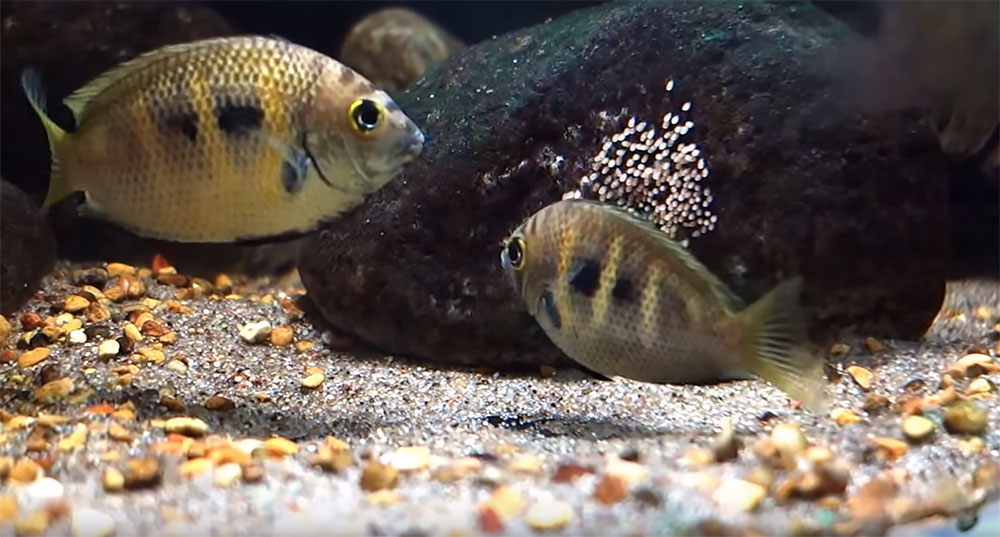 A pair of the rare Canara Pearl Spot Cichlid, Etroplus canarensis, tending a clutch of eggs.

Cichlid enthusiasts know that this family of fishes is all but absent in Asia. Most of us learned long ago about the only routinely available species from Asia, the Orange Chromide (Etroplus maculatus) and Green Chromide (Etroplus suratensis). We heard the suggestions to keep them in brackish aquaria, which often renders them a novelty, given the rarity of brackish aquariums and their enthusiasts in the hobby in general.

Coming in at around four inches at maturity, the Canara Pearl Spot Cichlid, also known as the Banded Chromide, Etroplus canarensis is a rarely-seen version of its more widespread relatives, and with good reason. Because it is an exclusively freshwater-dwelling endemic of just two rivers in South Karnataka, India, the IUCN considers this an endangered species, citing a very restricted range and pressures within the area.

Per the IUCN Red List: “Etroplus canarensis has been assessed as Endangered because of its restricted distribution to two locations, with an extent of occurrence (EOO) of less than 5,000 km² and an area of occupancy (AOO) of less than 500 km². There is also an ongoing decline in habitat quality as a result of pollution and sand mining, and the threat of over-collection for the pet trade.”

“One of the major threats to E. canarensis is the unmanaged collection for the aquarium hobby. Since the populations are restricted to two locations, indiscriminate collections can possibly wipe out the species. However, with the increase in availability of captive-bred fish from Indonesia, pressure on wild collection seems to have declined. Additional threats include both intentional and unintentional harvest as a food fish, pollution from agricultural and domestic sewage, and habitat alteration due to sand mining. In 1996 many fish in the Kumaradhara River died from pesticide poisoning (Gadgil et al. 2001). The habitat in the Kumaradhara is in reasonably good shape, with very little human impact (Rahul Kumar pers. comm.).” 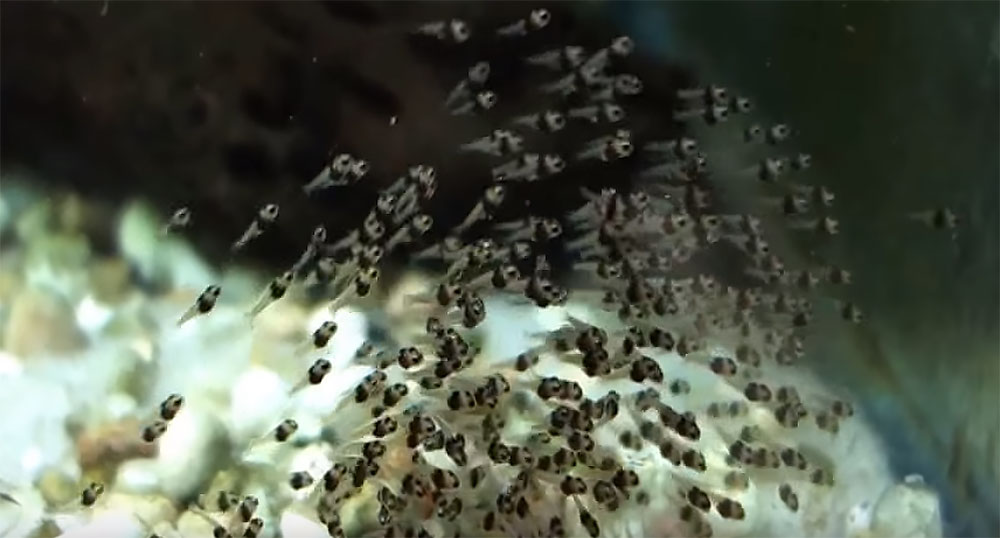 This river-dwelling species hails from clear, well-oxygenated waters. Cummings notes, when discussing this video, that his fish reside in water with a pH of 7.4 to 7.8, with TDS of approximately 180 ppm. This is in contrast to conditions in the wild, reported via Seriously Fish, which include an acidic pH around 6.5, TDS around 40-50 ppm, and midday water temps above 90F (temps as low as 70F also fall within their range). The natural habitat of the Canara Pearl Spot is subject to seasonal variations, which may be helpful to mimic in order to spawn this species. 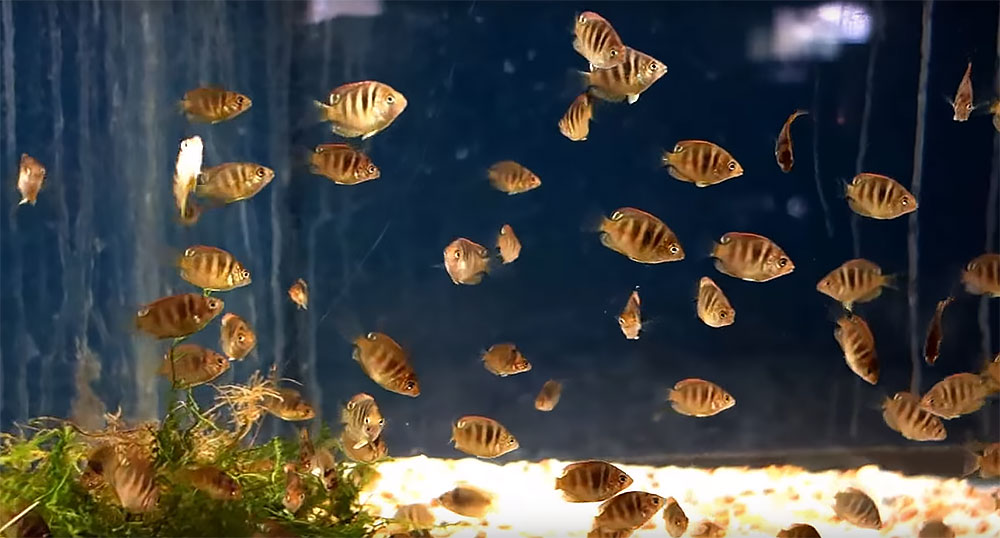 Because they do well in groups, and are rather easygoing, we can only hope to see more captive-bred Banded Chromides available in the future. These and other species from India are giving us more reason to think about the native biotopes that get out of the Amazon-basin routine. Watch Cumming’s footage, which inspires this deeper look at a rarely-seen cichlid, and then check out some great additional reading and references after the show!

Collection Trip to India: Learn more about the Indian biotopes when you enjoy Sumer Tiwari’s footage from the Western Ghats of India in our 3-part tour, which concludes with “Canarensis Heaven.”  Watch Part 1, Part 2, or Part 3 now.