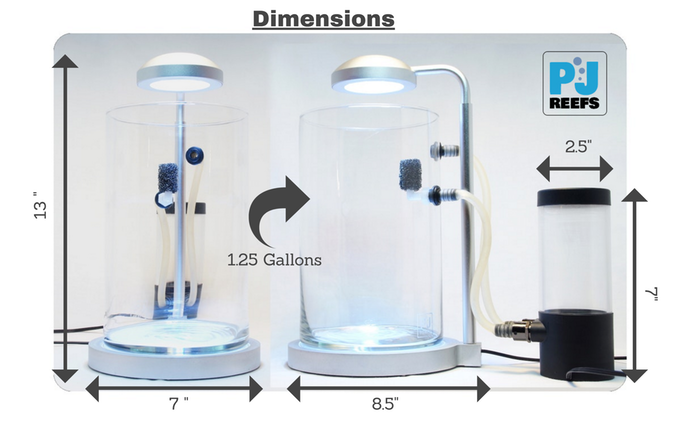 Is the next big thing actually quite small? PJ Reefs thinks so…

PJ Reefs recently launched a new version of their successful reef jar offering, the PJ Reefs Ecosystem. The original reef jar system consisted of little more than a well-thought-out jar with a well-sealed lid and a custom LED lighting solution. The system performed quite well for the first Kickstarter campaign, thrusting PJ Reefs into business. After a few years, creator Paul Roncal was interested in adding circulation to the system, along with the means to house more advanced forms of aquatic life in a small but stable reef tank.

The result is PJ Reefs’ 2.0 Mini Seahorse Aquarium. Designed explicitly for the unique husbandry needs of the Dwarf Seahorse, Hippocampus zosterae, this system is a very modern twist on the somewhat irresponsible “seahorse bowls” of the last century (you may recall the days of ads offering Dwarf Seahorses shipped to your door, as seen in the back of publications such as Boys’ Life). 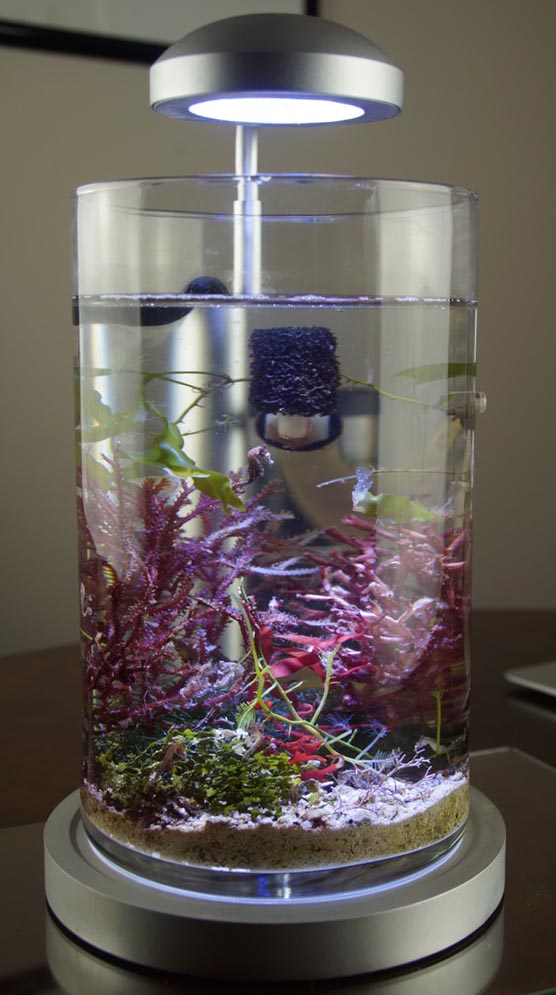 While the original PJ Reefs Ecosystem foregoes any sort of filtration or even in-tank circulation, this new concept includes an external water reservoir and centrifugal pump system that increases the overall system volume, circulates water out and back into the main reef jar, and can be used as a remote location for additional macroalgae or other filter media.

The system also incorporates a unique solution to the feeding problems that the Dwarf Seahorse presents. Generally, newly hatched brine shrimp is the go-to food for H. zosterae, but in reality, casual hobbyists soon tire from the chore of routinely hatching this food source. The Sep-Art Brine Shrimp Egg technology is key to this new concept. Sep-Art Artemia cysts are coated with a non-toxic magnetic material, the upshot being that you can magnetically separate the shells from the nauplii after hatching. Combined with the high-quality cysts used for this process (boasting 90% hatch rates), this proven brine shrimp technology allows for a feeding system that may help some aquarists overcome the chore of producing food for Dwarf Seahorses. A simple magnetic in-tank hatchery allows the cysts to freely hatch and disperse nauplii into the aquarium, while the cysts remain safely attached to the magnetic base of the feeder. Watch it in action:

There are just a few days left to get in on the Kickstarter action, with “Early Bird” packages still available at the $250 pledge level. While the project has already surpassed its initial $10,000 goal, additional stretch goals include the addition of a cover for the system, a unit for the use of activated carbon, and even a “rose” finish edition for the stand and light. 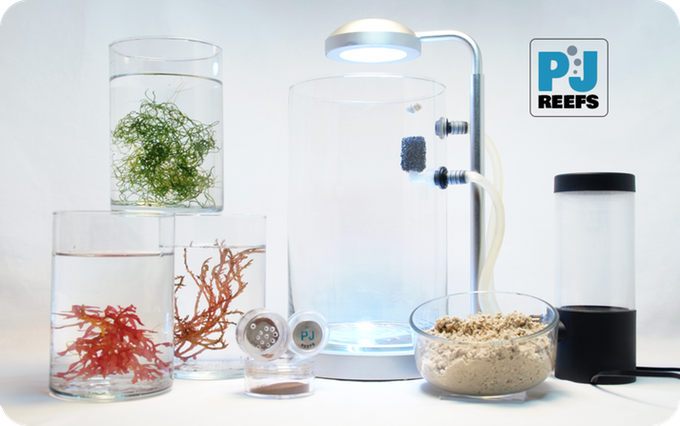 You’ll note the absence of actual seahorses; PJ Reefs creator Paul Roncal is intent on establishing a breeding operation to produce captive-bred Hippocampus zosterae. While the kits don’t include seahorses, Kickstarter backers will receive a 50% discount on their seahorse purchases through the PJReefs.com website.

PJ Reefs anticipates delivery of the 2.0 Deluxe Aquariums in May 2018. Check it out here: Mini Seahorse Aquarium on Kickstarter.