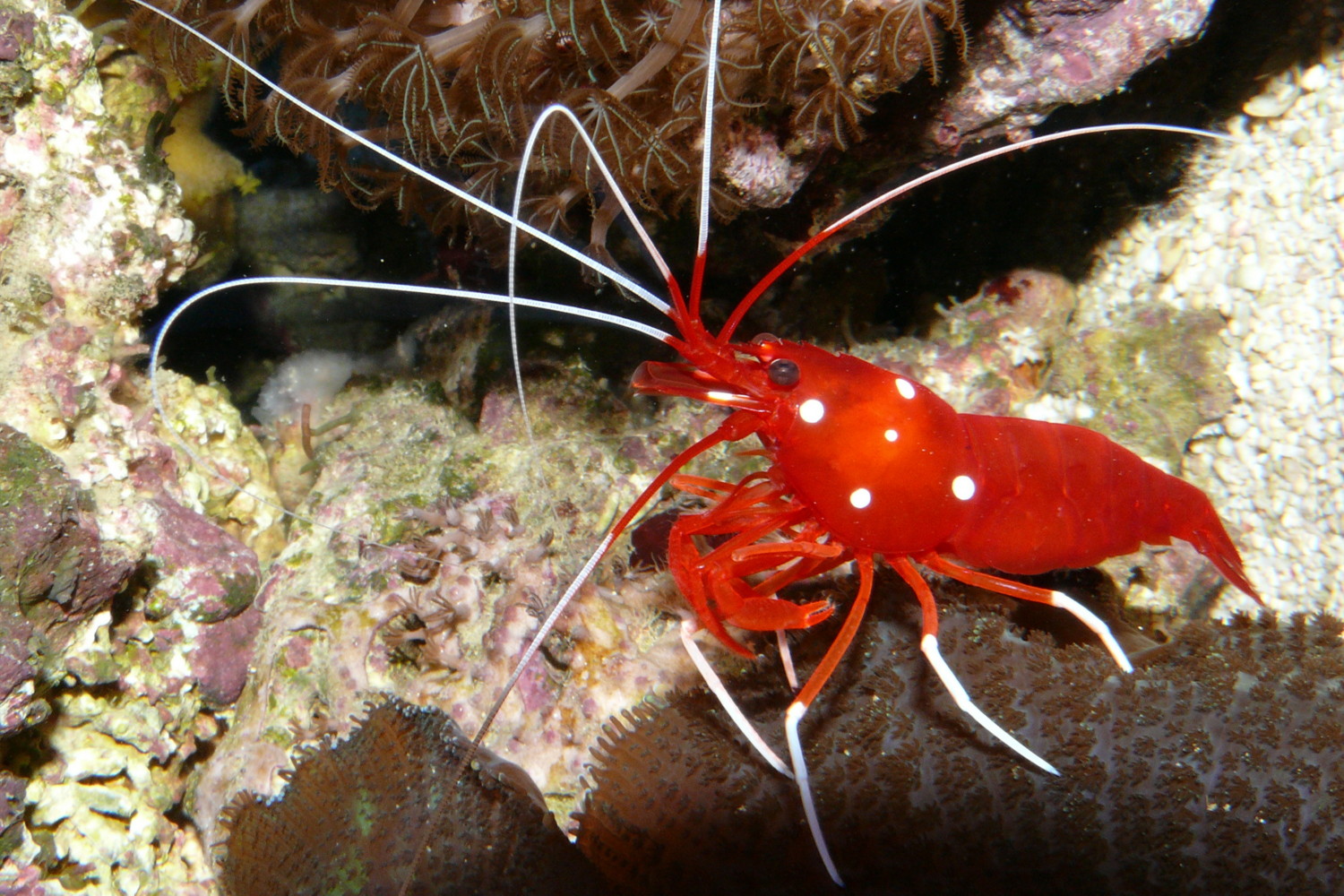 The commoly availaable Blood Red Fire Shrimp, Lysmata debelius, will be familiar to most readers. With a brilliant glossy scarlet base coloration, augmented by white antennae and legs, and body highlights of a few white polka dots, this species is a mainstay in the aquarium trade. The Fire Shrimp is a widespread species in the wild, originally described from the Philippines in the Pacific Ocean and often exported from Sri Lanka at the eastern edge of the Indian Ocean.

So when aquarium livestock importer and wholesaler Carolina Aquatics, located in Kernersville, North Carolina, was offered an Indian Ocean Fire Shrimp that didn’t quite fit the mold, private conversations ensued. At first, all that was known was that it showed unusual patterning. Was it simply an aberrant variant of the typical Fire Shrimp? While the pricing was higher than the typical Fire Shrimp, Kris Cline, president of Carolina Aquatics, made the call to purchase and import the unique shrimp. 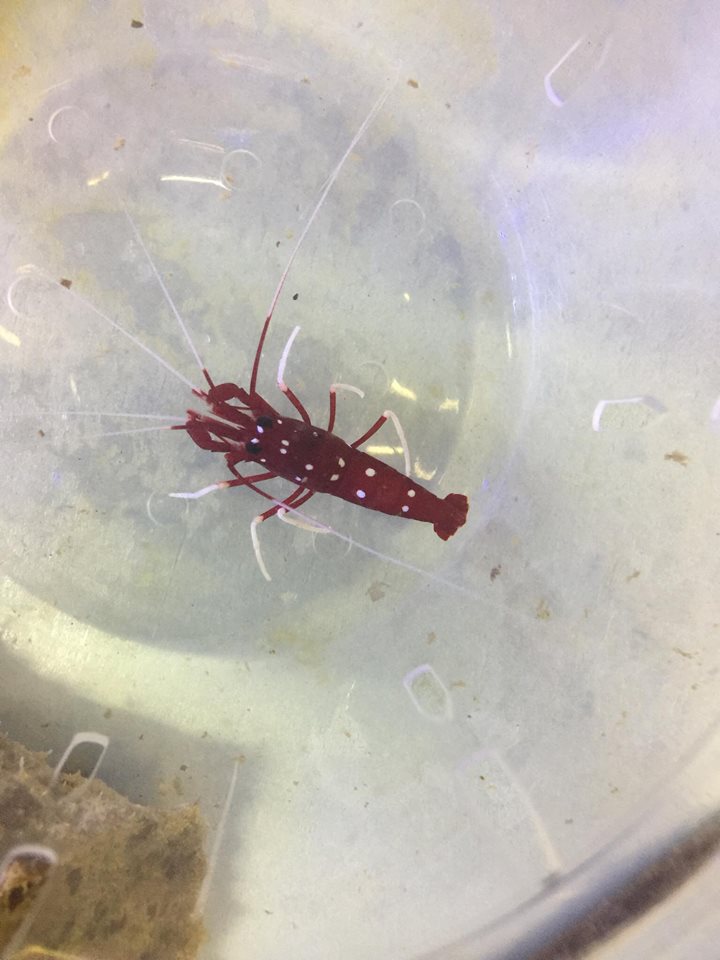 The first images of an unusual shrimp coming out of the Indian Ocean. Image courtesy Carolina Aquatics

While the shrimp was making its way to the US, it was none other than Dr. Andrew Rhyne who instantly recognized this unique specimen. Rhyne, a veteran breeder of marine shrimp (one of many credits to his name these days), was notably excited to identify this unique, individual specimen of Lysmata splendida. This species has two common names applied, either the Splendid Fire Shrimp or the Starry Blood Shrimp.

It turns out this is indeed a rare species in the trade. While no collection data was made available regarding the location of this individual, Lysmata splendida was described by Rudolf N. Burukovsky in 2000 from a few specimens collected in the Maldives. 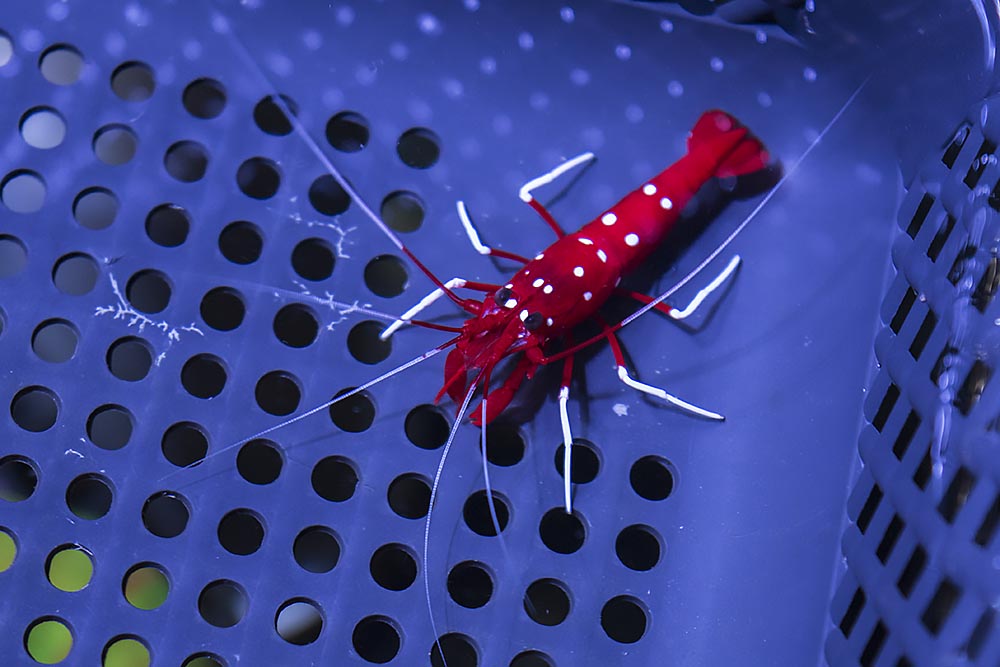 Now realizing that these Blood Shrimp look-a-likes are uncommon in the trade, and realizing they could fetch more per shrimp, Cline and the collectors solidified an agreement that any future collections of this shrimp they made would be sent to Carolina Aquatics. So the market will soon be flooded, right?

So far, it has been two months since the initial export, and no additional Starry Blood Shrimp have become available. While this first shrimp is no longer for sale, when discussing the pricing structure beyond such an oddball specimen, one could expect that the next ones available would likely retail in the $100 to $200 range each. (The common Blood Red Fire Shrimp typically commands a retail price in the $30-$40 range at this time.) When asked about the husbandry and perception of the Starry Blood Shrimp, Cline noted that “We literally saw no difference between this and a regular fire shrimp. Behaviorally it acted the same, moved the same, ate the same.”

A Chance for Breeding

While you can’t really breed with one specimen (unless you happen to have acquired one already carrying fertile eggs), Cline relayed a willingness to work with a breeder like Dr. Rhyne, who has experience with the commercial scale production of Lysmata spp.; their lab at Roger Williams University raises 100’s to 1000’s of Fire Shrimp annually. Given the uncertainties of wild supply, such partnerships may be better for business when compared to short-term gains.

Creating a pair of these shrimp should be easy, provided two are available, as all Lysmata spp. appear to be simultaneous hermaphrodites, each fertilizing the other after the mate sheds. However, that could be where the smooth sailing ends. While some Lysmata spp. shrimp are easily reared on newly-hatched baby brine shrimp, and can settle to the substrate as juveniles in just a few weeks, other species (of course, more desirable ones) aren’t so easy-going. Fire Shrimp larval durations can be measured in weeks or months, while the ubiquitous Skunk Cleaner Shrimp (L. amboinensis) can have a larval duration that lasts up to half a year. Given the close relationship with L. debelius, we can hope that this larviculture of L. splendida is similar.

If a pair of these rare-in-the-trade shrimp were to make it into the experienced hands of someone like Dr. Rhyne, we stand a good chance of seeing this species become available through captive-breeding. “This is probably the most sensible approach, particularly given the difficulties the industry is facing right now,” said Cline, alluding to recent issues such as the shutdown of Hawaii’s small net aquarium fishery.

So while these unique shrimp may not become quickly available to the public even if collected and exported, if the right deal can be struck with the right people, the result could be a more steady and perhaps reasonably-priced supply of this unique shrimp. 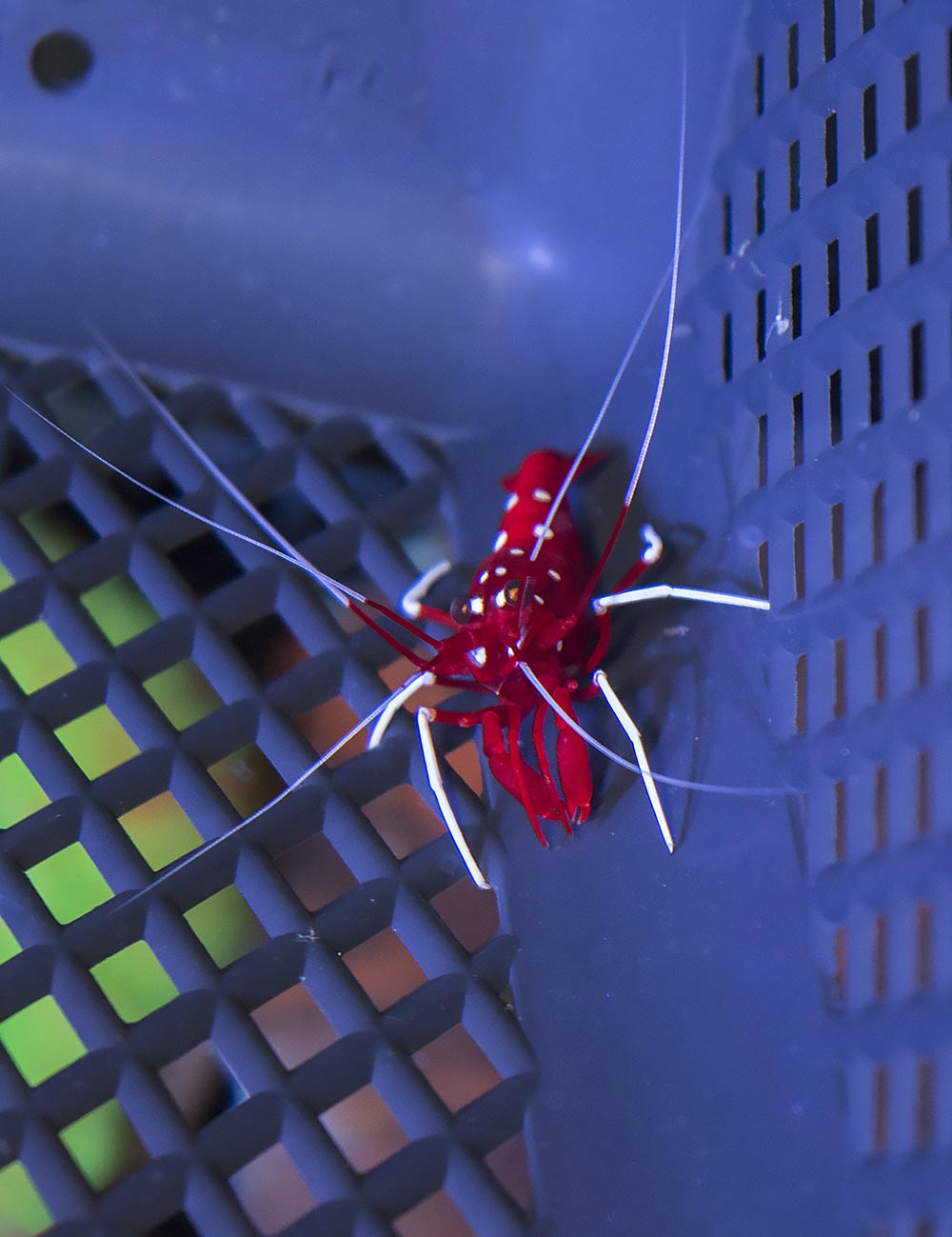 For a rarely-seen shrimp like this Starry Blood Shrimp, Lysmata splendida, captive-breeding may be the method of choice to make it more available. Image credit: Michael Tuccinardi.

Special thanks to Reef To Rainforest editor Michael J. Tuccinardi, who was able to capture this rare shrimp in high-resolution photos for us while on location in North Carolina.