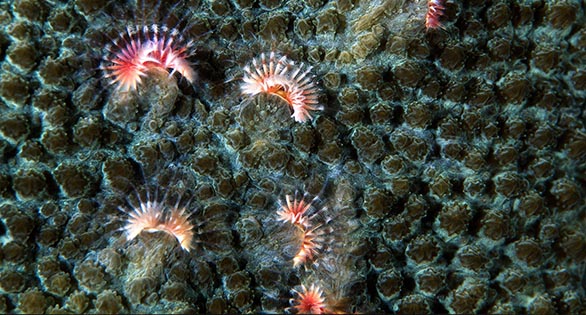 In the ancient past, about 50 years ago, scientists started to classify potential symbioses in a simple but effective manner. The word “symbiosis” is derived from roots meaning “together” and “living,” so the idea was that if two organisms were in a symbiosis, they were living together. Initially, people tended to think of symbiosis as a relationship in which both parties benefited, which could be categorized as a (+,+) relationship—what we refer to today as “mutualism.” However, in very short order many people, probably people who had been living with another person and did not see benefits flowing both ways, began to raise objections to the (+,+) definition of symbiosis.

For people, of course, the basic concept of living together can mean anything from sharing a pup tent for one moonlit night with an aluminum-coiffed conspiracy theorist on a camping trip near Rozwell, New Mexico, during the annual autumnal nocturnal migration of snow geese, whose overhead migrating flocks are mistaken for UFOs by gullible people, to being a happy and well-adjusted POSSLQ: a Person of the Opposite Sex Sharing Living Quarters—a relationship defined in the 1970s by the U. S. Census bureau as either of two persons (one of each sex) who share living quarters but are not related by blood, marriage, or adoption, in a misguided attempt to determine the rate of cohabitation in the United States—to sharing a cell with a psychopath in a penitentiary. These symbiotic relationships might be, categorized respectively as (- ,+), (+ ,+), and (- ,0). It is relatively easy to determine the costs and benefits of most human relationships, as long as one is not being terribly quantitative or explicit. All a researcher needs to do is discuss the relationships with one or both of the partners, using a well-defined questionnaire. Would that it were so easy to ascertain the relationships between subtidal marine organisms.

A good case in point might be the relationship between the Christmas Tree Worm, Spirobranchus giganteus, and the massive, mound-building coral Porites lutea. As reef aquarists are aware, Christmas Tree Worms are commonly found growing out of the surfaces of mounding Porites and other stony corals throughout the world’s coral reefs. Amazingly, the classic Christmas Tree Worm was scientifically described in 1766 from Caribbean specimens by pioneering Prussian zoologist Peter Simon Pallas. His genus name, Spirobranchus, refers to the “spiral gills” that form the worms’ feathery crowns.

The relationship between the worm and the coral was likely first described in the late 1920s in what we could refer to as an ecological paper by C. M. Yonge. Initially, and for quite a while thereafter, the mechanism of how baby worms made it to coral reefs was unknown. The generalized idea of the development of invertebrate larvae was quite logical, but it was not based on any evidence to speak of and was totally and absolutely wrong. It was thought that after spawning, the larvae of many marine invertebrate animals, such as the Christmas Tree Worms, grew in the water, probably over coral reefs. When those animals somehow turned into “mature larvae,” a description that has to be one of the more perfect biological oxymorons, those larvae passively rained down over the substrate more or less randomly. Those that found themselves on an appropriate substrate lived, and those that didn’t died.

It is now known that the idea of a passive rain of larvae is about as far from the truth as it can be. In reality, a typical larva grows and matures as a member of the zooplankton. If it survives and finds sufficient food to mature in the plankton, it eventually settles down, approaching the bottom. It must be remembered that larvae are perfectly good animals—they are just an alternate phase of the animals we tend to focus upon. Such animals have well-developed nervous systems, and when they become competent enough to turn into juveniles they navigate themselves around, touching the substrate and effectively tasting or smelling it. In other words, they start assessing chemosensory cues about the substrate and its condition.

If the larva is a Christmas Tree Worm and it finds an appropriate substrate, such as a massive coral, it will settle out of the plankton and temporarily attach to the substrate. The process of initial settlement is often reversible, and if some unfavorable event occurs, the animal may change back into a larva and motivate for better parts. But more often than not, once settlement has been initiated, as long it finds the proper cues, the animal continues to change its shape and irrevocably changes into a juvenile worm. This is metamorphosis, and it is a drastic process within the little animal’s body. Virtually all the body systems change their shape and function.

If there are no appropriate settlement cues, most larvae die rather than metamorphose into juvenile worms on an inappropriate substrate. That the baby worms do this reveals quite a lot about the relationship between the worms and the corals. From the worm’s point of view, that relationship is exceedingly important; it is literally important enough to die for. That a symbiosis is vitally important to at least one of the parties is a point of view that only became common during the last half of the twentieth century.

The Christmas Tree Worm is a serpulid worm—in other words, a tube worm that secretes a permanent calcium carbonate home, a tube that it will live in for all its life. Once metamorphosis has occurred, the worm starts to secrete its tube, and it does so quite rapidly. It does not burrow through the coral’s tissues or excavate a hole in the coral skeleton under the living surface. Instead, it lays its tube directly on the coral epidermis, typically between two polyps. As the worm feeds it adds more tube length until it is about three or four polyps long. Shortly after this, the coral epidermis starts to grow up over the tube until the worm is completely covered. As the worm continues to grow, it gets longer and slightly wider. Although the worm appears to be excavating its burrow into the host, that is not the case. The coral is slowly encasing the worm, and the “tube” may increase in depth as the colony grows. The spiral array of filtering tentacles, the so-called “Christmas Tree,” rapidly reaches its adult size.

Occasionally these worms are seen to bail out of their tubes. If that happens it is an indication of severe distress on the part of the worm, and likely on the part of the coral as well, for this relationship is a true mutualism, not commensalism or ectoparasitism.

Initially, the worm was thought to obtain a permanent shelter from predation at a minor expense to the coral. However, experimental work has shown that the cost to the coral is minimal and that the worms can provide two quite significant benefits to the coral: First, the top of the calcareous operculum is secreted in the form of multiple sharp rays. The operculum shape varies from worm to worm, and more importantly from lineage to lineage. If the worm is in a coral that gets attacked by the corallivorous Crown of Thorns sea star, Acanthaster planci, the sea star extends its cardiac stomach from its mouth, holding it in its tube feet, giving the impression of a prima ballerina holding her tutu in her hands. When the stomach is fully extended, the sea star lays its stomach on the underlying coral and worms alike and starts to digest them both. Any Christmas Tree Worms that are covered by or near this everted starfish stomach extend from their tubes and vigorously attack the tube feet and extended cardiac stomach of the asteroid, rapidly slashing with their sharp operculi. This often has the effect of making the sea star cease feeding and move to a less well-defended coral.

A second benefit to the coral accrues in times of coral bleaching. During a warming event, the coral polyps in the area immediately surrounding and adjacent to the worm tube tend to remain unbleached—likely because the worm has kept water circulating around the polyps, providing some relief from the otherwise lethal, stagnant bath of warm water that typically attends a bleaching event. When the water cools and the coral starts to recover, these small oases of living coral tissue, which have offered some protection from bleaching, start to grow back more rapidly than damaged areas. Although the growth is slow, both the coral and the worms are long-lived—several hundred years for the coral and in excess of 30 years for the worms—so this long-term refuge from bleaching certainly would be selected for in both the coral and the worms.

Cnidarians, particularly anthozoans, appear to be hosts to a great many symbionts, but considerable experimental work must be done to verify that these symbionts actually give or receive benefits. It is often very easy to state that a given anemone or coral is part of a symbiosis, but without hard data, such “mutualisms” are only guesses. Recently, thanks to genetic testing, it has become clear that Christmas Tree Worms have a plethora of sibling species, some of which don’t even live as symbionts in corals, so even the basic critters of a given mutualism need to be specifically and unambiguously identified.

For the aquarist who would like to observe this iconic example of marine symbiosis, the purchase of a “Christmas Tree Worm Rock,” also sold as “Jewel Stone” or “Bisma Worm Rock,” must be aware that ownership conveys a responsibility to provide for both the worms and the coral, which may be Best Friends Forever but which have very different appetites and husbandry requirements.

Rowley, S. 2008. A critical evaluation of the symbiotic association between tropical tube-dwelling Polychaetes and their Hermatypic coral hosts, with a focus on Spirobranchus giganteus (Pallas, 1766). Plymouth Stud Sci 1(2): 335–53.