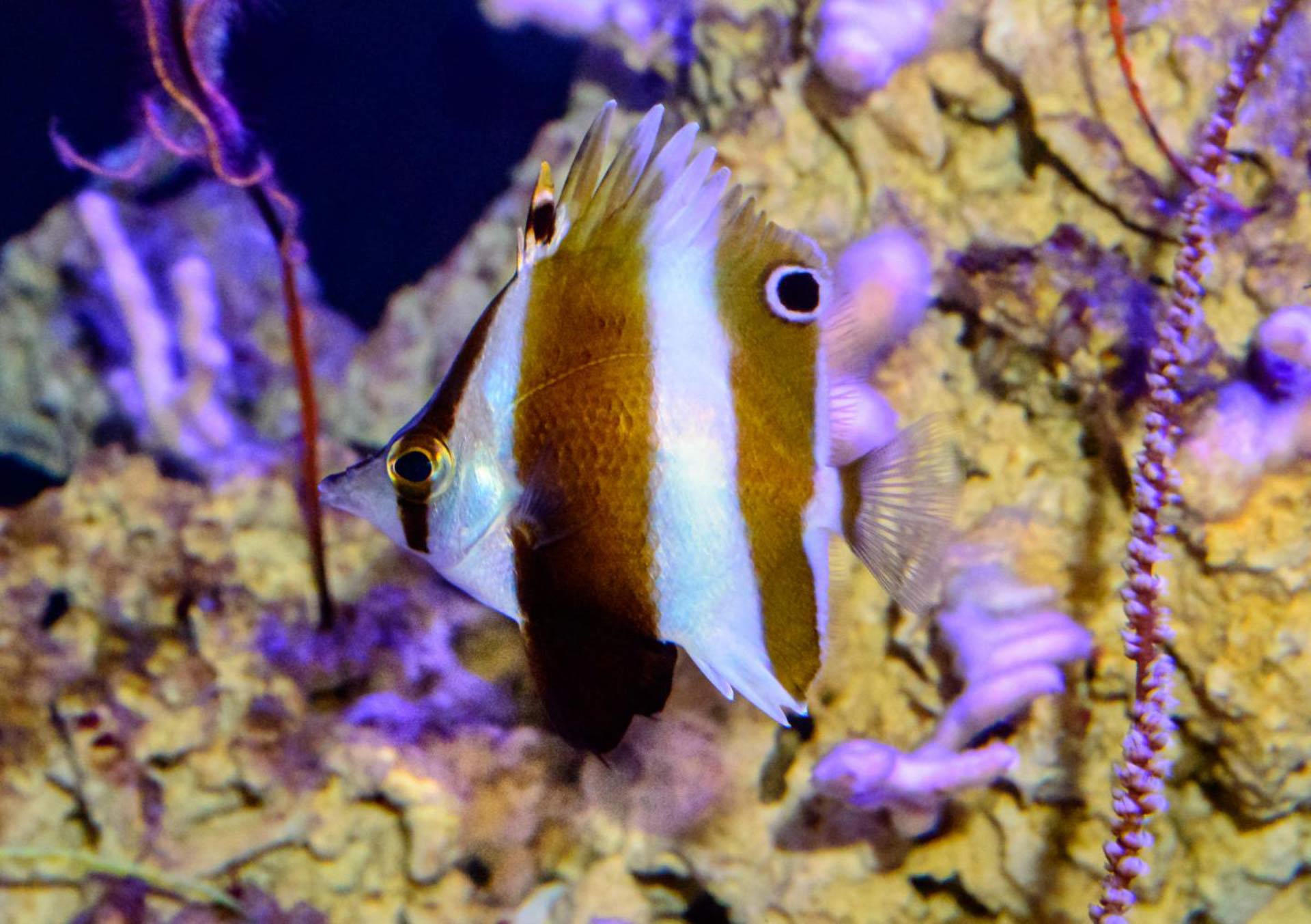 A charismatic new butterflyfish has been discovered and described by a team of biologists from Monterey Bay Aquarium and the California Academy of Sciences exploring the Verde Island Passage in the Philippines, West Pacific Ocean.

Roa rumsfeldi, as it has been christened, was found on mesophotic Philippine reefs Oriental Mindoro and Bauan, Batangas, in twilight zone depths of 330 to 425 feet (100-130 m).

According to the authors of a just-published paper in ZooKeys, including Dr. Luis Rocha and researcher Matt Wandell: 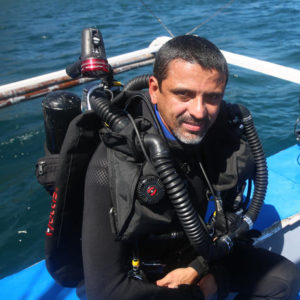 “This represents the fifth known species of Roa. The main differences between Roa rumsfeldi sp. n. and its congeners are the lower number of pored scales in the lateral line, longer snout, longer caudal peduncle, shorter caudal fin, pelvic fin color (dark first spine vs. white in all other Roa), and genetics (8.4% divergence from its closest relative Roa modesta in the mitochondrial COI gene).

“This fish caught us completely off-guard,” says Dr. Rocha. “After traveling from the deep reefs of the Philippines to our aquarium in San Francisco, former Academy aquarium biologist and co-author Matt Wandell noticed a black fin spine that looked different from other known Roa we’ve collected in the past. It was a light bulb moment for all of us.”

“Roa spp. are usually seen in pairs, but the two specimens we collected were solitary individuals. We have kept one of the specimens alive in the California Academy of Sciences’ Twilight Zone exhibit for more than one year, where it thrives and is feeding on a variety of dried and fresh food.”

The authors choice of a species name has drawn immediate quizzical looks in the aquatics world, and some pointed criticism.

“We name Roa rumsfeldi to honor Donald Rumsfeld who immortalized the quote: “there are known knowns; there are things we know we know. We also know there are known unknowns; that is to say we know there are some things we do not know. But there are also unknown unknowns – the ones we don’t know we don’t know.” He said that when referring to the uncertainties of war, but we think it applies perfectly to the taxonomy of MCE species: We only realized this species was new after we took a good look at it here at the aquarium in San Francisco, so we think it’s a perfect example of an unknown unknown.”

Dr. Stephan Tanner, a longtime ichthyology editor and scientific translator (including for CORAL), finds the new name chosen ill-conceived: “While I generally view honoring living people with scientific names as problematic, this one is a spectacularly poor choice!

“While Donald Rumsfeld said, “Some things are truly unknown unknowns,” the honoree has done absolutely nothing for science or biology that I am aware of. You could argue that his position in an administration that was hostile to science and facts flies in the face of naming anything after him.

“This does not elevate the reputation of the CAS (California Academy of Sciences)!” says Tanner.

Others wondered how a politician with a long history giving hawkish military advice to presidents (Nixon, Ford, both Bushes) and as an architect of the still-running Iraq War could be attached to a mild-mannered, pretty little reef fish.

Roa rumsfeldi is described in a paper published in the October 18, 2017 issue of the journal ZooKeys.