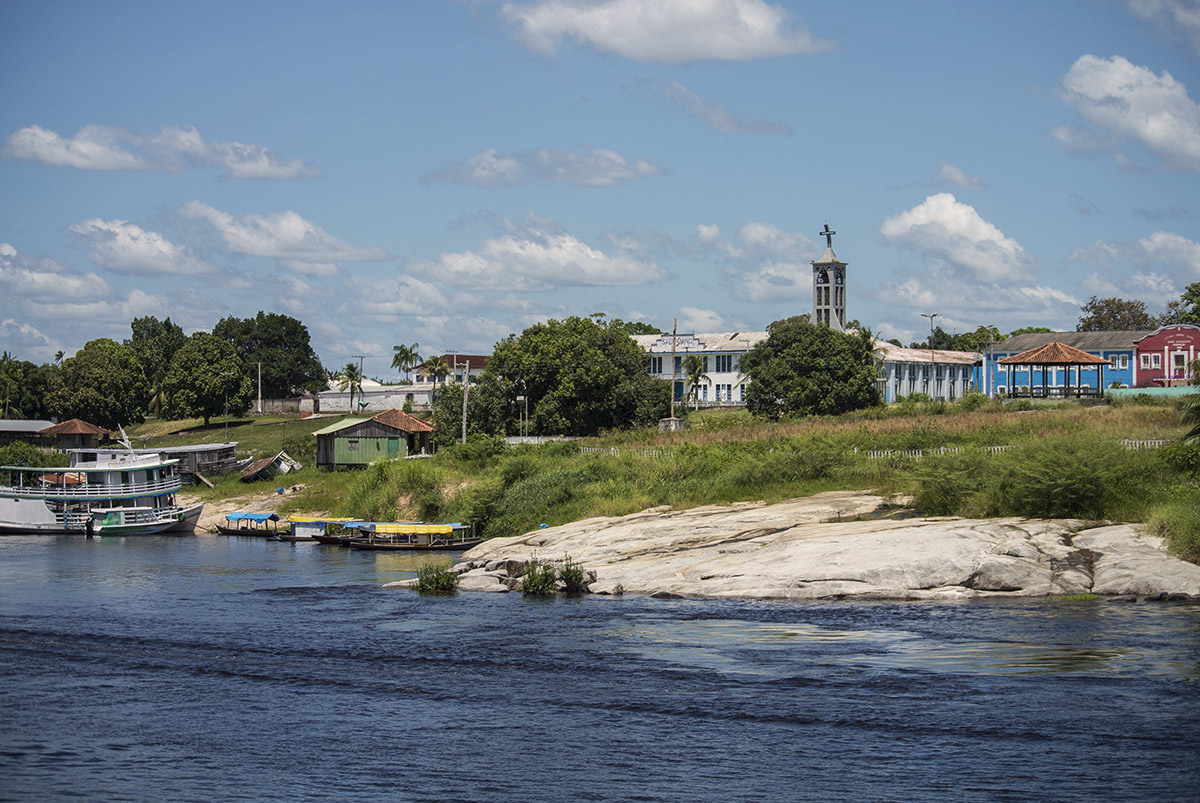 The small city of Santa Isabel on the middle Rio Negro was one of two sites for Project Piaba’s recent training workshops.

Project Piaba, a nonprofit conservation organization with a focus on the aquarium fishery on Brazil’s Rio Negro, recently completed its second round of training sessions in the middle Rio Negro aimed at improving handling practices for aquarium fish immediately after collection. These trainings are part of a multi-year Best Handling Practices (BHP) initiative developed and implemented by the project with the goal of improving fish care and health throughout the chain of custody in this fishery, from collector to exporter. The recently completed sessions took place in two areas, one just outside the city of Barcelos, a major hub for aquarium fish collecting, and the other upstream in the city of Santa Isabel, a locale known in the hobby for its strikingly marked endemic Angelfish variant. The workshops follow up on the Project’s first training, held in Barcelos in 2016.

Oceanario de Lisboa and World Pet Association provided funding for the two training sessions, which covered travel and accommodation expenses for the trainers as well as lunch provided to all participating fishers. “We really appreciate that funding for this training came from both the zoo and aquarium community and the pet trade,” Scott Dowd, Executive Director of Project Piaba and Biologist at New England Aquarium, commented. “Oceanario de Lisboa, which is one of 28 zoos and aquariums with Rio Negro fishery exhibits, and the World Pet Association, a wonderful partner and sponsor of our work, have been very generous to help fund these trainings,” he continued. 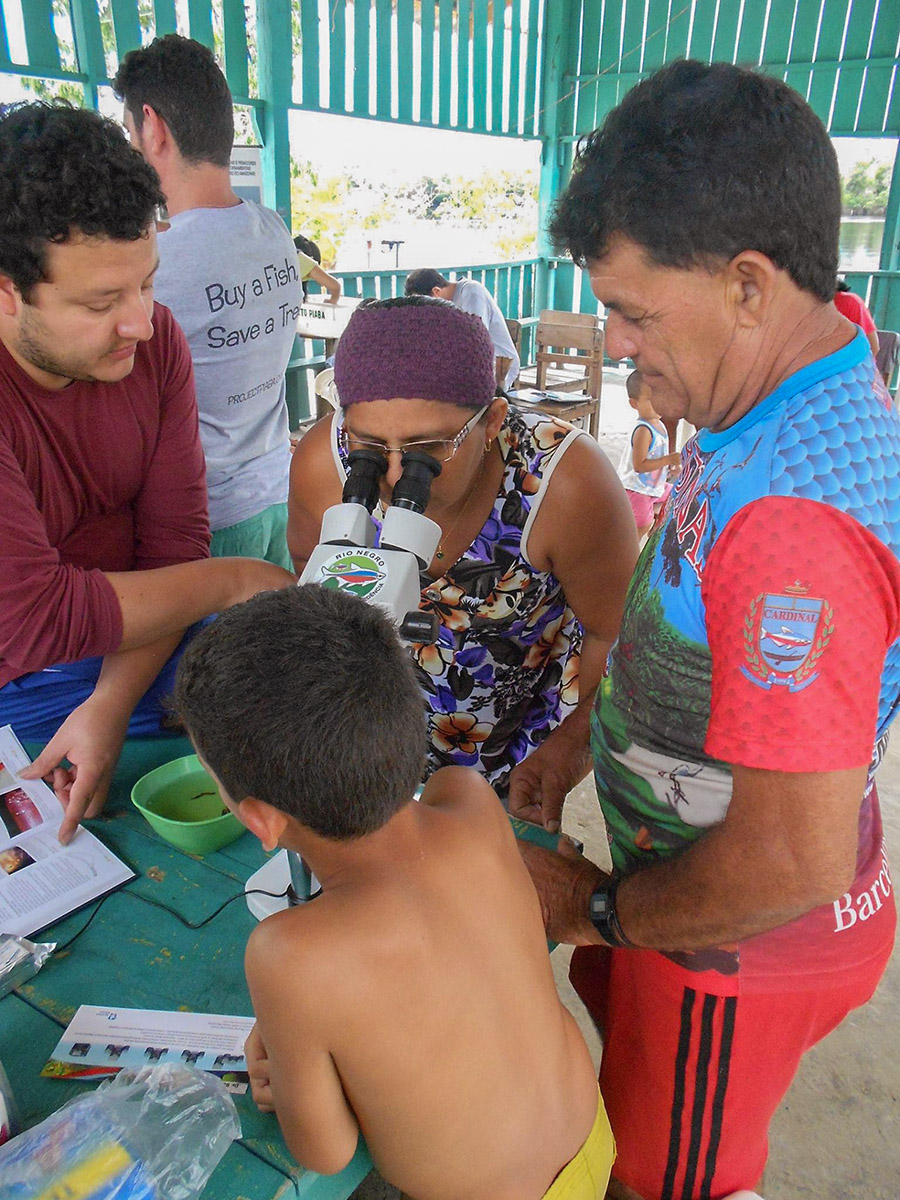 Aquarium fish collectors were able to take a hands-on approach to learning more about the fish they rely on for their livelihoods during the training workshops. Here, a fisher peers into a microscope to get a closer look at the damaged gills of a fish exposed to poor water quality.

Over the course of the multi-day workshops, which were provided free to aquarium fish collectors who are part of the local trade association/cooperative, OrnaPesca, Project Piaba Brazil’s group of local experts covered topics such as basic water quality management, fish anatomy and biology, proper handling and housing techniques, and identifying sick or unhealthy fish. The materials for these trainings were specifically designed by fish health experts like Dr. Tim Miller-Morgan of Oregon State University and trade partners like Segrest Farms, and then developed into a regionally appropriate format by Project Piaba Brazil’s team of fishery experts, many of whom are themselves native to Amazonas State. The training in Barcelos, which in 2016 had 21 local participants, this year attracted 35 fish collectors from the region, and the session in Santa Isabel brought in an additional 10 fish collectors. 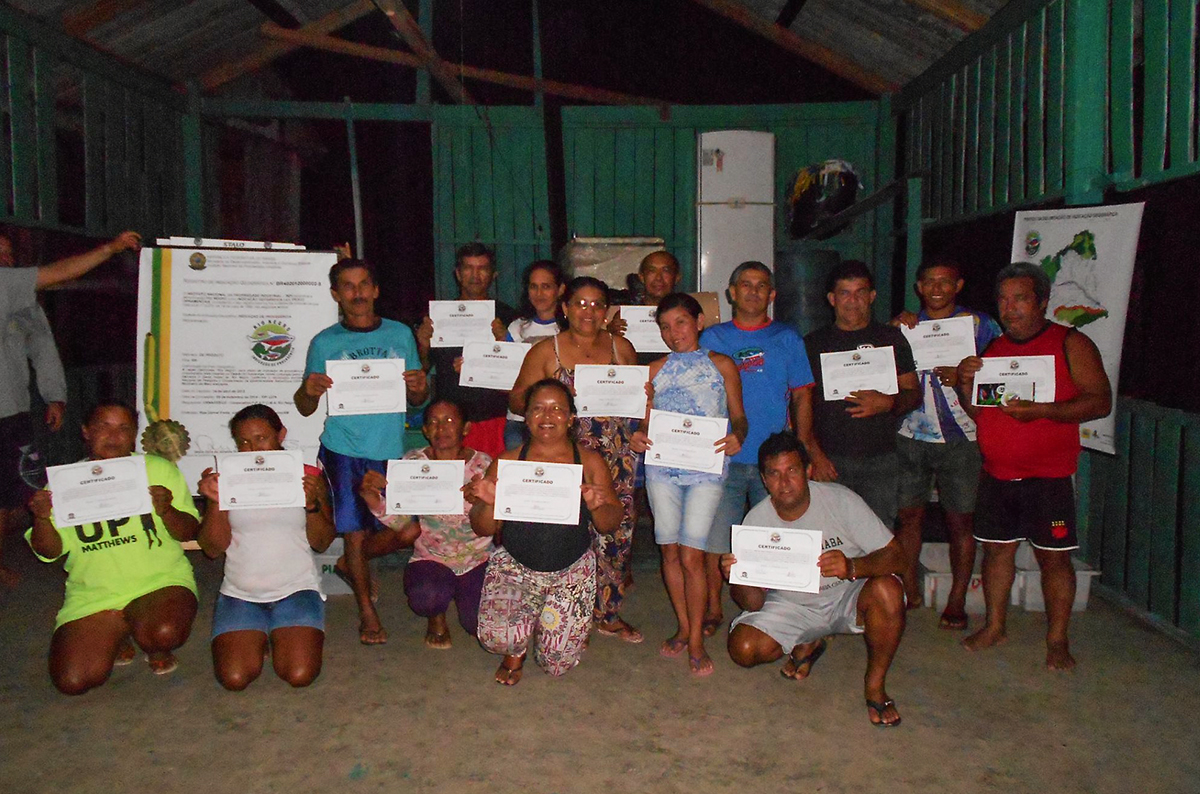 Some of the participants of the trainings proudly display their certificates after completing the workshop.

Although the contents of the training courses were fairly basic, “the goal is that these small improvements at the fish collector level will, over time, lead to importers and consumers receiving healthy, high-quality fish from this region and continuing to support this beneficial fishery.” He continued, “We are extremely pleased with the high turnout and enthusiasm from the fish collectors at both training sites, and hope that this component of the project’s education and outreach in the field will yield measurable results in the future.” 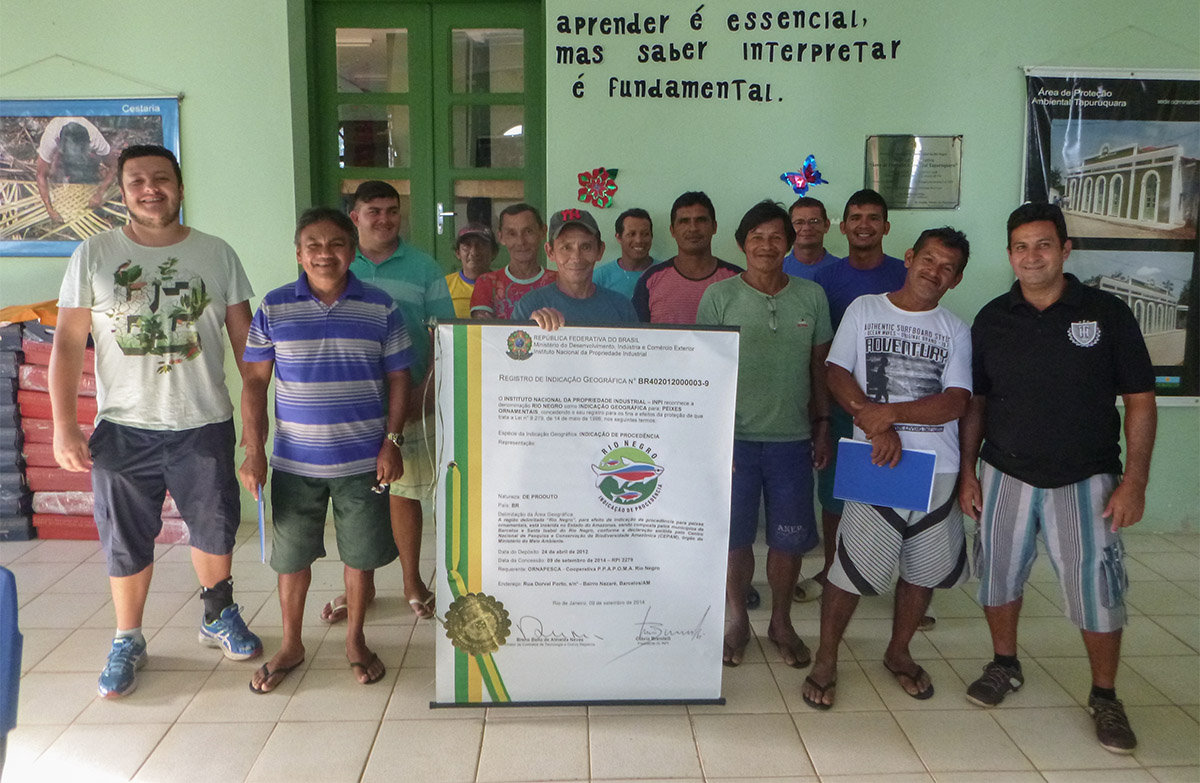 Project Piaba also made news in recent months with the announcement that Scott Dowd has been nominated for the 2018 Indianapolis Prize for his conservation work with Amazonian aquarium fisheries. Regarded as the world’s leading animal conservation award, the Indianapolis Prize is a biennial recognition of the accomplishments of those working to help save and sustain wildlife populations and ecosystems. Nominees come from around the globe and work with a wide variety of iconic and endangered animal populations. The winner of the Indianapolis Prize will receive a $250,000 cash prize, with five finalists earning $10,000 each. “I’m so honored that our work with fishing communities can be nominated and highlight such a worthy cause,” said Dowd. “The sustainable use of high-value aquarium fish enables people residing in areas of critical biological importance to thrive and be incentivized to preserve tropical forests and waterways.” Dowd joins 31 other nominees for this prize, which is awarded by the Indianapolis Zoological Society with funding from the Eli Lilly and Company Foundation.