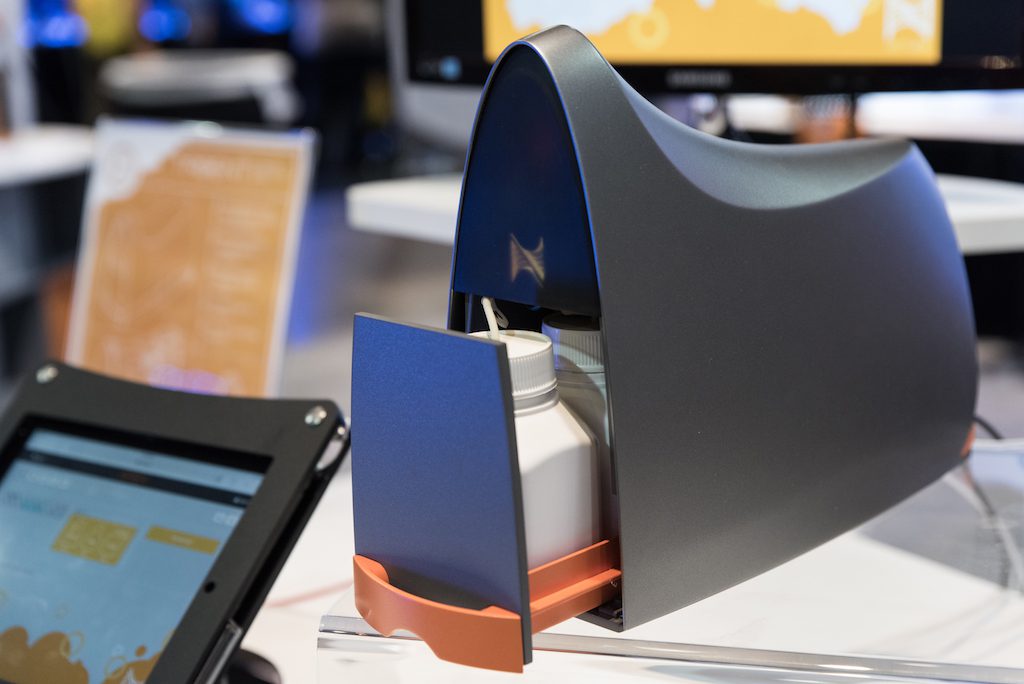 As the reef aquarium hobby has advanced, with ever more sophisticated monitoring devices and equipment controls, aquarists have an insatiable appetite for data. Several companies have heard aquarists’ requests for more and better data from their tanks. Whether through expanded monitoring capabilities or bringing lab-quality IPC testing to the masses, commercial solutions continue to expand aquarists’ ability to get insights into a growing range of their reef tank parameters.

Alkalinity is arguably one of the most fundamentally important reef tank parameters. If it’s too low, corals fail to thrive. Too high, and it can push corals into deleterious overdrive. While most manual alkalinity tests are quick and relatively painless to perform, this fundamental parameter is so important that it remained a top contender for a better testing solution. One year ago, Jim Welsh attended MACNA showing off an innovative invention that addressed the need: an automated, electronic alkalinity testing solution. 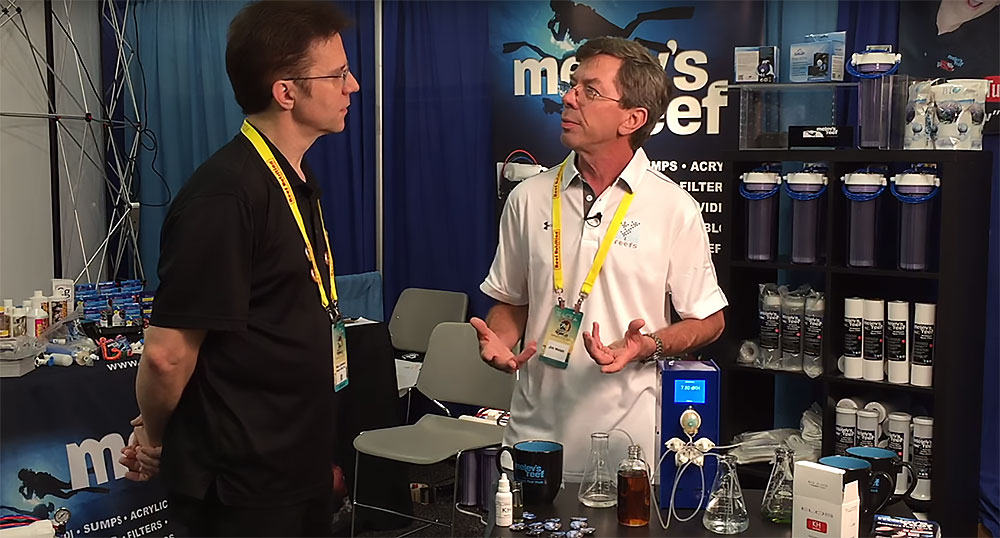 By the end of the show, Neptune Systems was in talks to bring Welsh’s product into the fold; by late October, 2016, the deal was sealed. 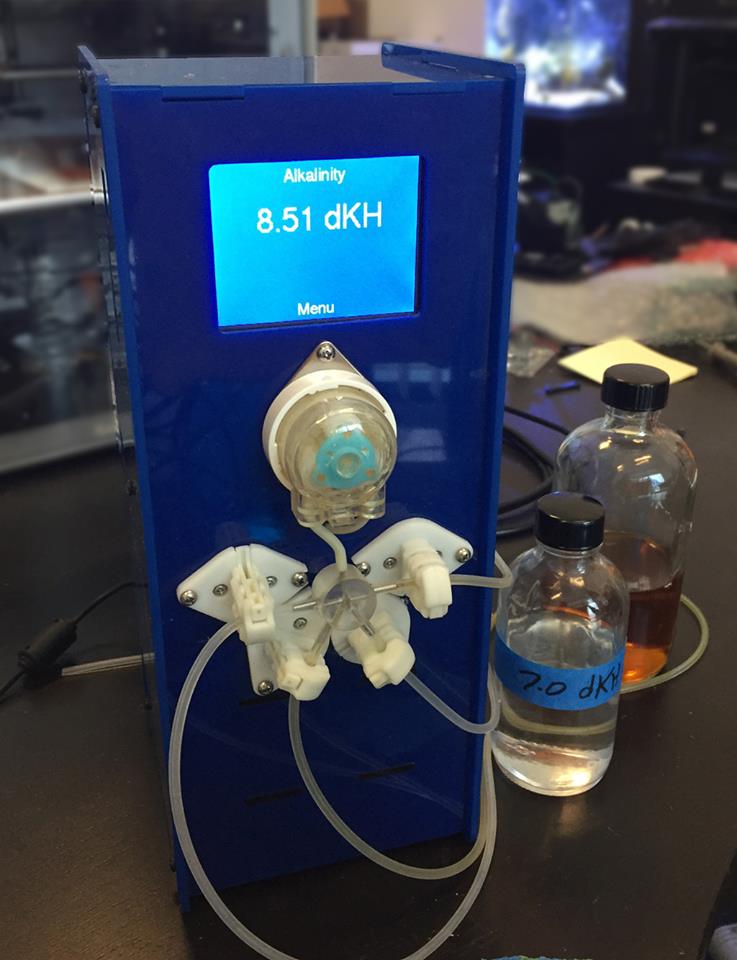 Over the next 12 months, multiple companies unveiled their own alkalinity testing and monitoring systems, while Neptune Systems (and Welsh) were largely silent on the subject. We know now that the Neptune Systems team and Welsh were feverishly working to commercialize the technology, all while allowing three prototypes of Welsh’s original design to run in the hands of Welsh, aquarist Richard Ross, and Terence Fugazzi (Neptune’s Vice President of Sales & Marketing); the first proof of long-term stability for the design. 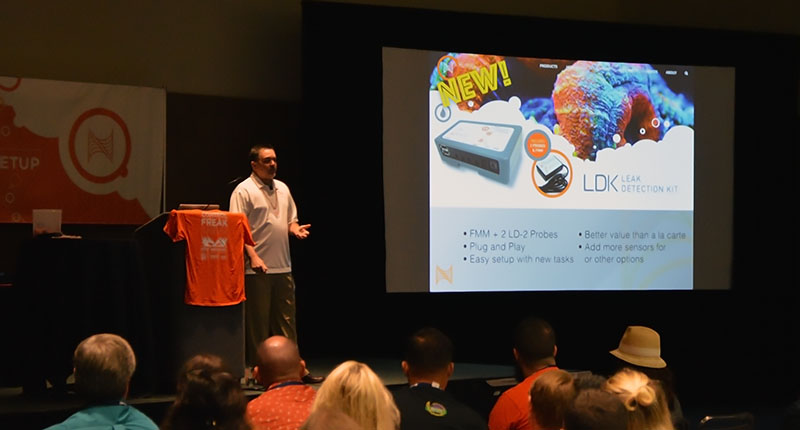 Given the high-profile coverage of Welsh’s invention and the partnering with Neptune Systems, everyone in the room was expecting an update on the alkalinity monitoring front. After holding out as out as long as he could, Fugazzi finally gave the crowd the news they were waiting for: Neptune Systems unveiled Trident.

Trident earned its name from a new three-pronged testing capability—calcium and magnesium, in addition to alkalinity. The trifecta, the “Holy Trinity” of reef aquarium parameters, can all be automatically tested and monitored by a single device. This was more than anyone in the room had been expecting. 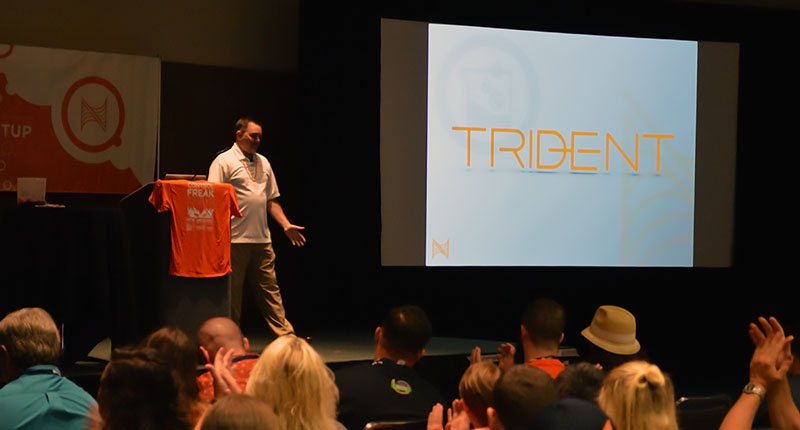 How Does It Work?

For those unfamiliar with the concept behind this new device, here’s a simplified overview: A small pump is utilized to sample tank water. The same pump then applies reagents to the sample, while an electronic eye monitors for the color change that occurs as a result of the test. Once complete, the system is flushed and ready to test again.

Given the mechanics of this methodology, it takes a lot of the human error out of the equation. It also explains how the technology was so quickly leveraged from detecting the results of an alkalinity test into the other two tests the new Trident will now offer. These titration-type tests, where there is an abrupt color change used to denote the end of the test and quantify the result, are the standard methodology used by hobbyists to manually test for both calcium and magnesium. In hindsight, this expansion of the technology beyond alkalinity seems delightfully obvious (as most brilliant steps forward often appear once they’ve actually been realized). 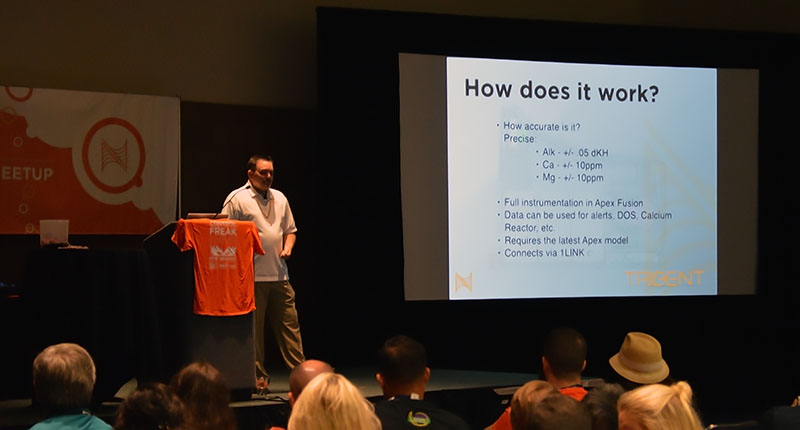 Fugazzi walks the audience through the highlights of the new Trident monitoring system.

Given the code space and computational demands of Trident, it is incompatible with the older Apex classic systems. This system is not a standalone unit; it requires the current Apex system to be utilized.

Through the Apex system, the information from Trident could, of course, be used to automate any number of protocols and devices to manage one or all of the measured components. Given that stability of ideal conditions is generally the hallmark of well-performing reef aquaria, the ability to hand off the task of measuring alkalinity, calcium, and magnesium can go a long way towards alleviating the testing fatigue that many reef aquarists face as they progress in the hobby. The ability to also control these levels as a result of the automated testing, perhaps by leveraging Neptune’s dosing pump systems (DŌS dosing pumps, and a couple DDR dosing reservoirs), creates an unprecedented scenario where the chemical balance of the reef tank can be automated with a level of precision and accuracy not yet seen in the industry. 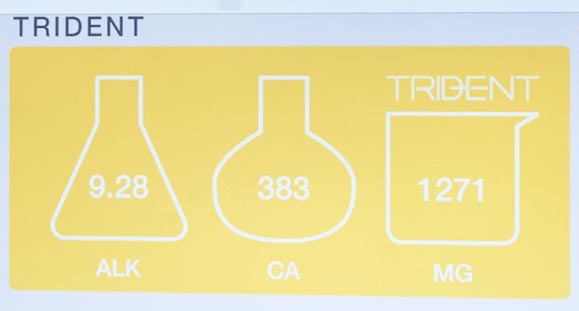 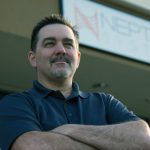 Because it is a new and still-developing product, there may even be more in store once Trident is released to the public. Conversing with Fugazzi, he mentioned one more possible aspect in the works for the Trident release; safety. As Fugazzi envisions, “With Trident, your Apex will have an understanding of what is ‘normal’ for your tank. For example, if a test result from Trident would end up telling the dosing system to add an unrealistic amount of a balling solution, the Apex will catch that and not let it happen. We still have to work out the details of this functionality, but this safety step is really the holy grail component. The ability to create this type of fail-safe protocol demonstrates why tight integration with a controller like the Apex is so important for these new types of testing systems.”

While it’s not exactly the alkalinity probe, calcium probe, or magnesium probe that you might have dreamed about, Trident is an all-in-one solution for testing/monitoring these three vital reef aquarium water chemistry parameters. When properly integrated into the APEX system with other peripheral components, Trident can be leveraged to truly change a hobbyist’s coral husbandry success, according to Neptune.

This level of automation carries a price tag, and some aquarists are leery of aquariums running on autopilot, but the developers feel that many aquarists will welcome the hands-off supervisory role that this system can offer to them. For commercial-scale coral farmers and wholesalers, and any number of large reef tanks and public aquariums, it’s hard to envision a future where automated water monitoring doesn’t become a staple piece of reef aquarium life-support equipment.

Alkalinity Monitor May Lead to Automation