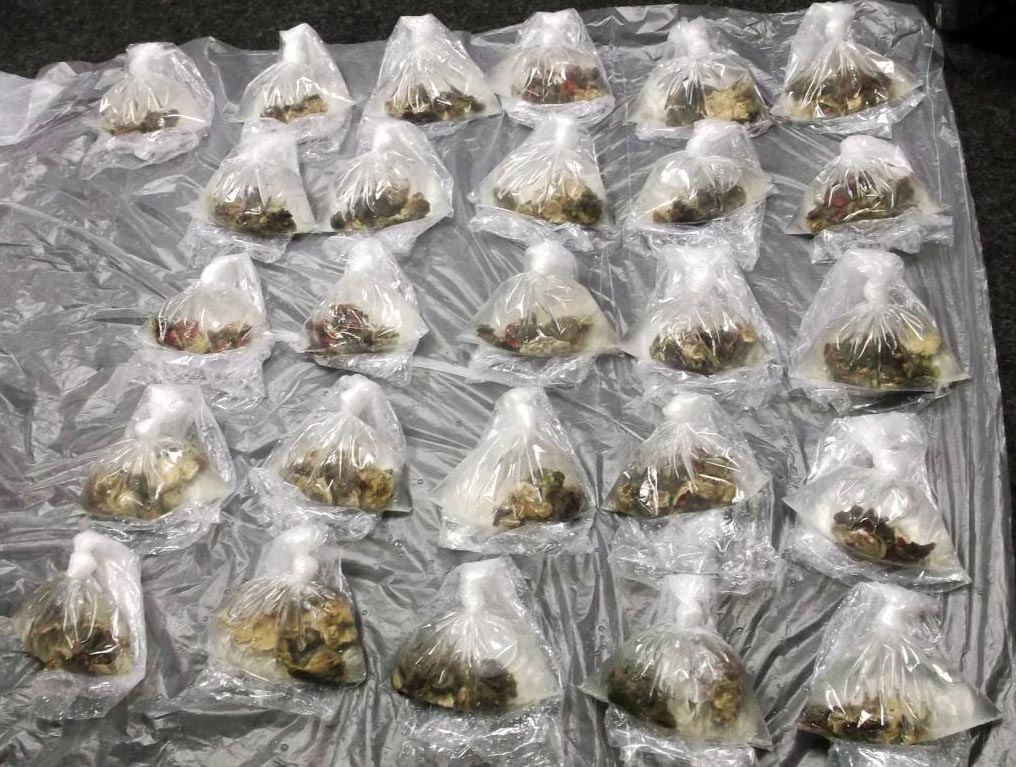 via The United States Department of Justice, Office of Public Affairs

Sanchez was the owner of the Arecibo-based saltwater aquarium business, Wonders of the Reef Aquarium. A large part of the business was devoted to the sale of native Puerto Rican marine species that are popular in the saltwater aquarium trade. Sanchez sent live specimens to customers in the mainland United States and foreign countries by commercial courier services.

One of the most popular items that Sanchez sent off-island was an organism from the genus Ricordea. These animals are known as “rics,” “polyps,” or “mushrooms” in the aquarium industry. Members of the genus form part of the reef structure and spend their adult lives fastened in place to the reef. These animals are colorful in natural light, but what makes them particularly interesting to aquarium owners is that they “glow” under the UV lights that are typically used in high-end saltwater aquariums. 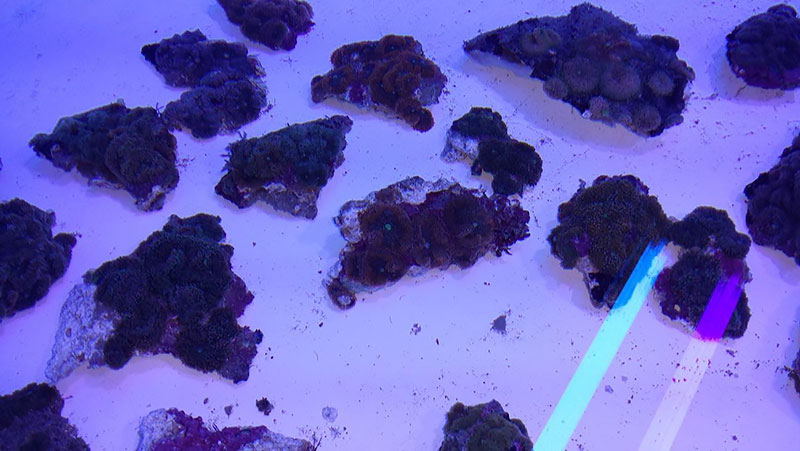 Chunks of reef substrate with Ricordea attached in one of the defendant’s tanks.

“Coral reefs surrounding the island of Puerto Rico are some of the most valued and fragile natural resources in the region,” said Acting Assistant Attorney General Jeffrey H. Wood of the Justice Department’s Environment and Natural Resources Division. “The Division will continue to work with its enforcement partners to prosecute those who illegally harm the marine environment for commercial gain.”

“We will continue to prosecute those who exploit our protected marine life for financial gain,” said U.S. Attorney Rosa Emilia Rodríguez-Vélez for the District of Puerto Rico. “We appreciate the support of U.S. Fish and Wildlife Service and the National Oceanic and Atmospheric Administration agents in this investigation.”

“This investigation, serves as a fine example of ongoing joint investigative efforts related to the entire span of the marine life trade,” said Resident Agent in Charge David Pharo of the U.S. Fish and Wildlife Service. “Whether responsibility lies as the initial harvester, wholesaler, retailer or a public aquarium, the USFWS and partner agencies stand ready to investigate the matter and bring those responsible for poaching our nations sensitive marine life resources to justice.”

Local, Personal Use Only in PR

“Our partnerships are vital to helping ensure the protection and sustainability of living marine resources. This investigation is another great example of how successful partnerships lead to effective results,” said Deputy Director Logan Gregory of National Oceanic and Atmospheric Administration’s Office of Law Enforcement. “Investigating and bringing to justice those who exploit protected marine life is vital in helping to ensure a healthy ocean.”

It is illegal to harvest Ricordea, zoanthids, and anemones in Puerto Rico if the specimens are going to be sent off-island or otherwise sold commercially, nor is there a permit available to do so. Sanchez personally collected some of the Ricordea and other reef creatures that he sold off-island. On multiple occasions, he would accompany another person and they would snorkel from the shoreline in search of Ricordea. Because Ricordea are attached to the reef substrate, Sanchez would utilize a chisel to break off the animals, and in doing so, take chunks of the reef with him. At other times, Sanchez would purchase the Ricordea from other sources, knowing or suspecting that the specimens had been harvested illegally. 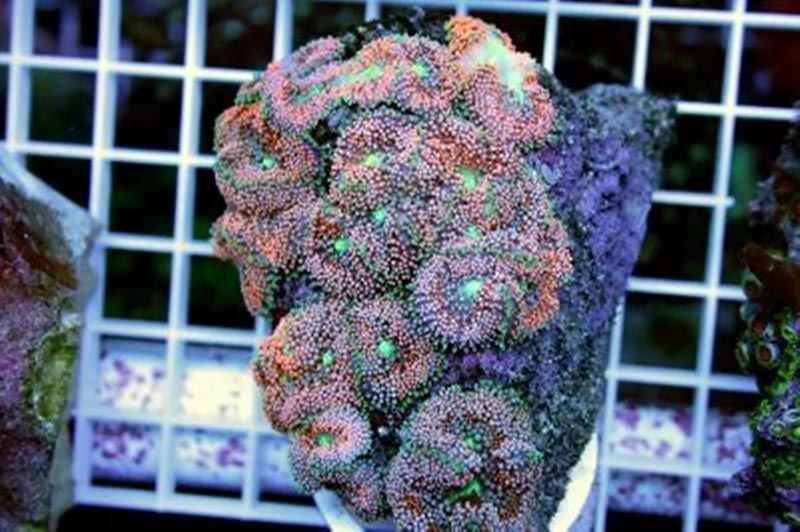 In order to cover up the nature of his shipments and to avoid detection from governmental inspection authorities, Sanchez would falsely label each shipment. The false labeling was one of identification whereby Sanchez would refer to living marine organisms as “pet supplies,” “aquarium supplies,” “LED lights,” or similar inanimate objects on shipping labels and invoices. At times, he used a fake name to cover his actions. 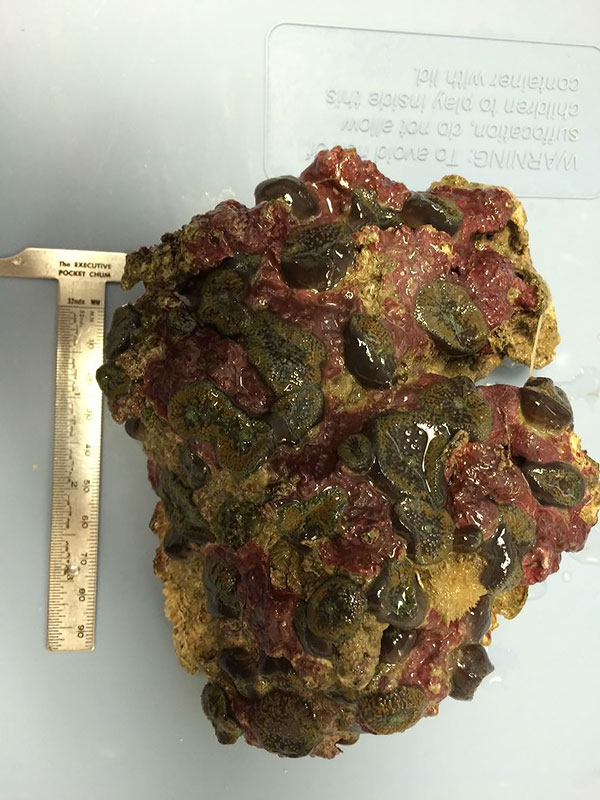 From January 2013 to March 2016, Sanchez sent or caused to be sent at least 130 shipments of falsely labeled marine species that were illegally harvested in the waters of Puerto Rico. While there is some variation in the price of Ricordea depending on coloration, size, and other factors, the retail value of Ricordea shipped by Sanchez typically ranges from $25 to $50 per item. From on or about January 7, 2013, through on or about March 16, 2016, the retail value of the falsely labeled and/or unlawfully harvested marine invertebrates shipped personally by Sanchez, or on his behalf with his knowledge, was between $800,000 and $1,200,000.

Sanchez is scheduled to be sentenced on December 20, 2017.

This case was investigated as part of Operation Rock Bottom and Operation Borinquen Chisel by Special Agents of the U.S. Fish and Wildlife Service and the National Oceanic and Atmospheric Administration with support from the USFWS Inspectors. The case is being prosecuted by Christopher L. Hale of the Justice Department’s Environmental Crimes Section along with Assistant U.S. Attorney Carmen Marquez of the U.S. Attorney’s Office for the District of Puerto Rico.

Editor’s Note: Additional documents can be downloaded at the DOJ website’s copy of this press release.