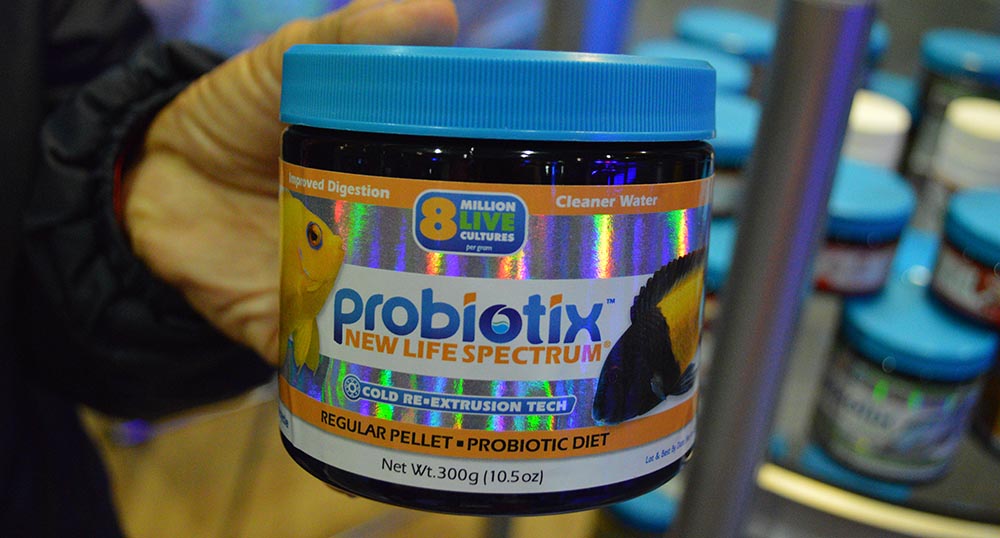 Details are admittedly sparse, as I try to recall everything Pablo Tepoot told me about his latest fish food introduction, PROBIOTIX, as MACNA 2017 was wrapping up. In a hectic end to the show, my camera was firing off images while Teepot was firing off info to another aquarist in the way a proud father talks about his children. 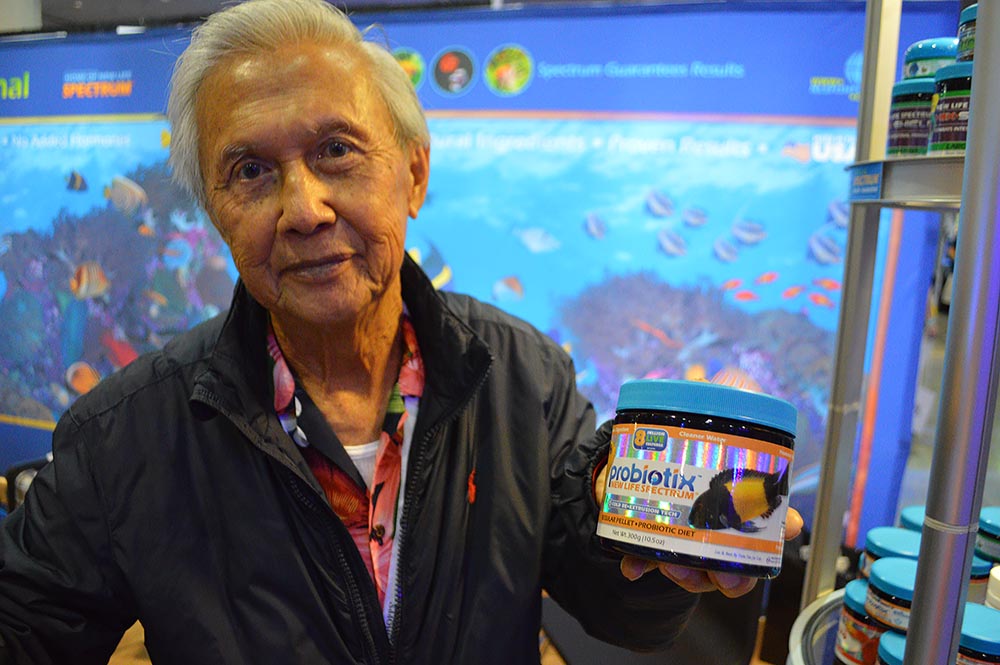 Pretty much, all I can convey at the moment is what you can read on the label: high counts of viable probiotic bacteria (“8 million live cultues per gram”) introduced through a cold re-extrusion process. For any fan of New Life Spectrum Foods (NLS), this alone may already be enough to have you excited.

The science is out there, and probiotics have a solid base of proven benefit; we’re seeing them added into more and more products. But in the case of NLS feeds, this is sure to take what is already a well-respected staple diet of enrich pellets for many freshwater and marine aquarium keepers, and probably manage to make it even better. 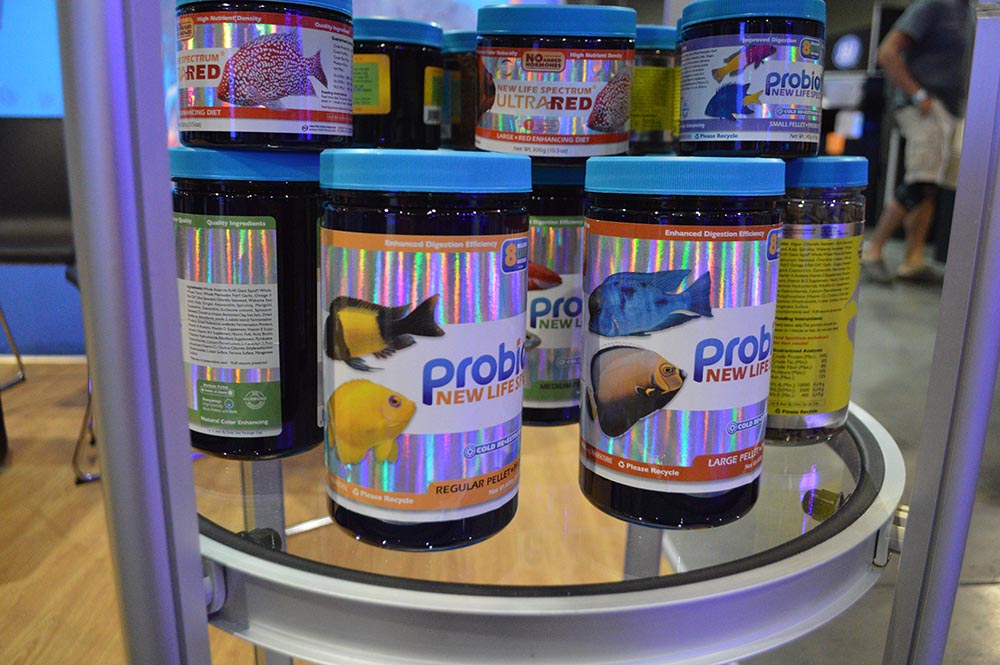 Larger containers of Probiotix from NLS, on display at MACNA 2017 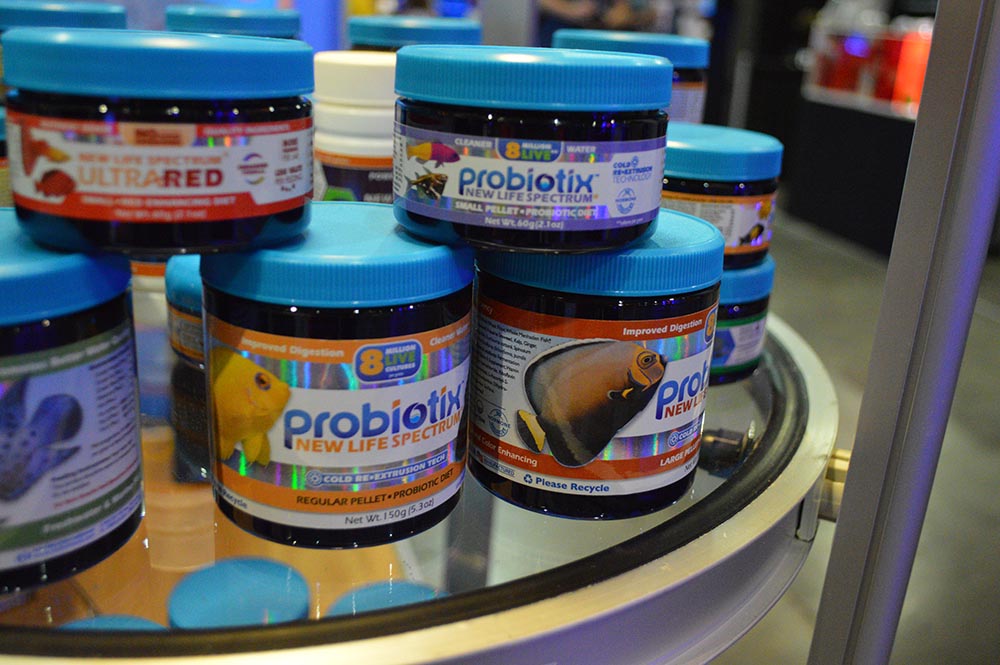 New Life Spectrum says that it plans to release more information on Probiotix by the end of September, 2017.