MASNA Announces 2017 MASNA Award and Aquarist of the Year 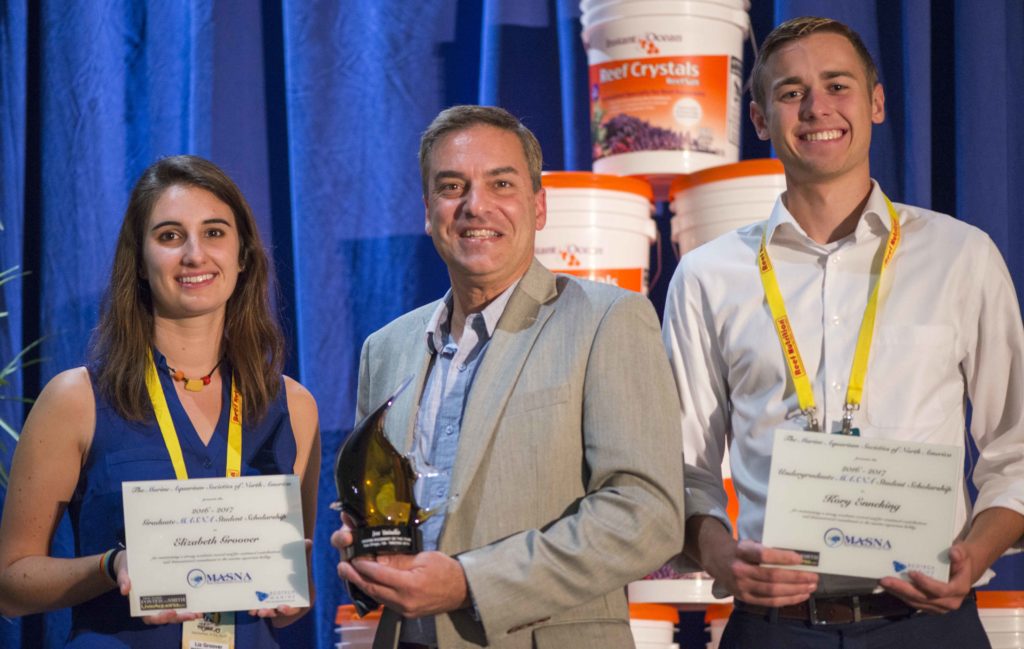 The annual Marine Aquarium Societies of North America (MASNA) award, Aquarist of the Year, has now been split into two awards.

The first, The MASNA Award, is historically what was called the Aquarist of the Year Award. The MASNA Award is to recognize those individuals who have who have contributed a lifetime of achievement to the marine aquarium industry, not only recently, but in the past.

The second award, now named Aquarist of the Year Award, is to recognize those individuals who have made a more recent achievement to the marine aquarium industry. Marine aquarium hobbyists from around the world are the ones who nominate individuals for both awards. 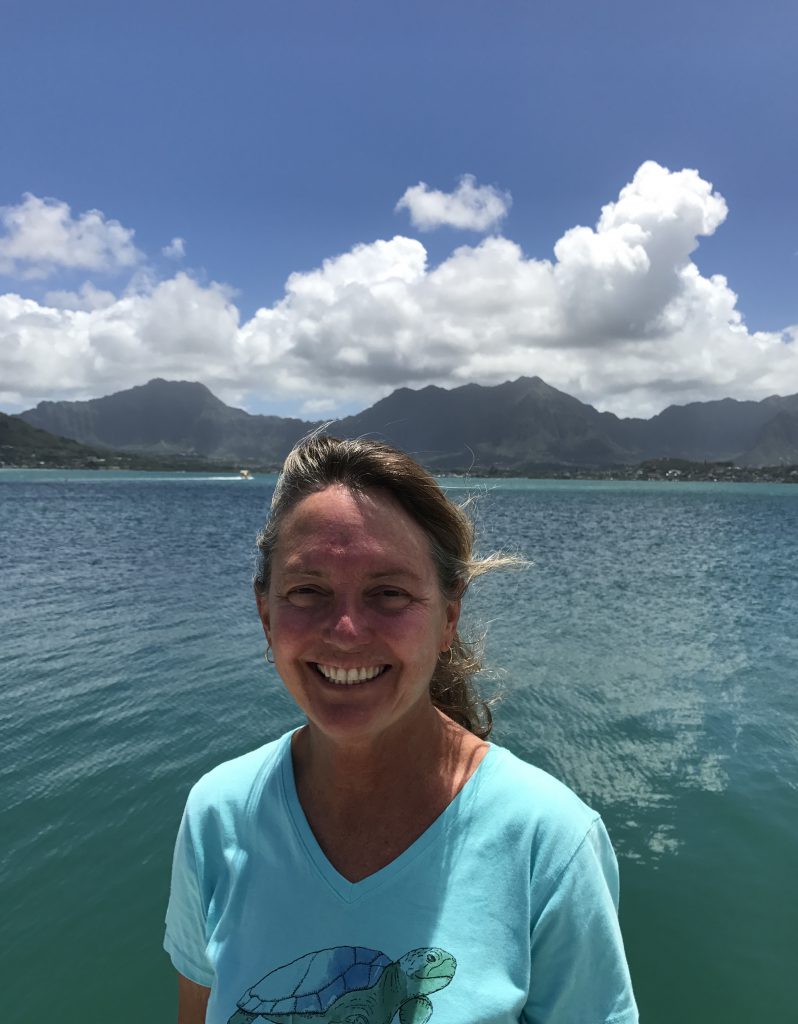 Karen Brittain in her beautiful Hawaii.

Karen Brittain is a marine ornamental fish breeder. She was born and raised in Hawaii, and the ocean and its inhabitants have always been a part of her life. Her childhood was spent at the beach exploring tide pools, snorkeling, and catching critters to keep in her marine aquarium. Her saltwater interests continued to grow through high school, and she graduated from the University of Hawaii in 1983 with a degree in Marine Studies. Soon after, she found her passion in the captive breeding of reef fish.

Over the last thirty years, she has worked at the Waikiki Aquarium and the Hawaii Institute of Marine Biology, working towards the captive breeding and rearing of marine fish and invertebrates, both for food and ornamental species. During these years she spent her free time pursuing the captive breeding of her favorite reef fishes, and in 1997 she started Reef Friendly Fishes, a small-scale marine ornamental fish hatchery operating out of her garage. Initially, she focused on clownfish and ornamental shrimp, which provided the income needed to expand to other species.

In 2014, Karen found herself unemployed after funding ended for her full-time job. Thankfully she still had her small garage hatchery and a lot more time to spend unraveling the mysteries of larval fish-rearing. As a result, she is currently self-employed and working 24/7 at her ultimate dream job of rearing marine ornamentals.

Karen continues to encourage marine aquarium hobbyists to pursue the captive breeding of our aquarium pets. She is focusing on more challenging species, and over the last few years has successfully raised Genicanthus watanabei, Genicanthus personatus, Paracentropyge venusta, Centropyge acanthops, Apolemichthys arcuatus, Odontanthias fuscipinnis and Liopropoma carmabi. She continues to share her experiences and knowledge in the hopes that the breeding of aquarium inhabitants will continue to progress, resulting in a constant flow of captive-bred species to our hobby/industry.

MASNA is proud to announce Dr. Andrew Rhyne as the 2017 MASNA Award Recipient 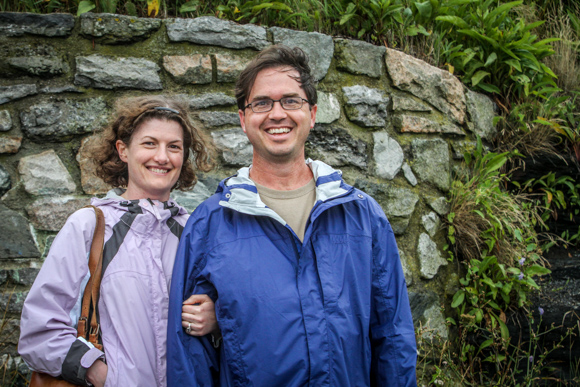 Dr. Andrew L. Rhyne has invested his career in understanding marine ornamental aquaria: the biology of aquarium fishes and invertebrates, as well as the industry driven by human fascination for these creatures. The trade in aquarium species can be considered a data-limited industry, and the lack of available trade data hinders sustainability movements within the trade. Andy has worked to develop solutions to these data gaps. He has worked to advance the field of marine ornamental aquaculture, developing methods for breeding and rearing popular species in aquaria. Andy’s body of work illuminates life histories, husbandry, and larval rearing requirements of aquarium fish and invertebrates. He has pioneered methods for culturing calanoid copepods, and this has greatly increased the success of hobbyists and researchers with small tropical marine fish larvae.

Andy has reared dozens of marine fish and invertebrates, many for the first time. Notably, his lab reared the first triggerfish (the Queen Triggerfish) in captivity as part of a joint program with the New England Aquarium, a program aimed at expanding the number of captive-bred species on display in public aquaria. Through this innovative program, Dr. Rhyne and colleagues developed a larval rearing system specifically designed for public aquariums, supplying systems and training to over 20 institutions. These systems have produced thousands of fish for display, reared on-site at public aquariums. Andy proactively teaches others the skills that he has developed to support the development of marine ornamental aquaculture.

He is currently an Associate Professor of Marine Biology at Roger Williams University in Bristol, RI, where he has helped to develop an undergraduate major/minor in aquaculture and aquarium science. At Roger Williams University, he manages an active undergraduate research laboratory focused on the aquarium trade and aquaculture, oversees the husbandry and life-support systems at the Environmental Education Center of the Audubon Society of Rhode Island, a small public aquarium, and also maintains a partnership with the New England Aquarium to develop rearing methods for aquarium species. Dr. Rhyne has published over 50 peer-reviewed articles and book chapters and is the recipient of numerous awards. Most recently he won a Grand Prize in the Wildlife Crime Technology Challenge.

Dr. Rhyne received his B.S. from the University of North Carolina Wilmington, and his M.S. and Ph.D. from the Florida Institute of Technology in Melbourne, FL, working with his mentor, the late Dr. Junda Lin. He and his wife Libby, along with their twins Darwin and Amelia, live in Rhode Island.

The first MASNA award was presented in 1995 to Martin Moe and has been awarded every year since at MACNA. Karen becomes the first Aquarist of the Year, and Andy becomes the 23rd annual recipient of the MASNA Award.

Karen will be unable to attend MACNA 2017; Andy will be in attendance with his wife, children, and extended family.

MACNA and Aquarist of the Year are registered trademarks of the Marine Aquarist Societies of North America (MASNA). For more details about MASNA and its member clubs, please visit www.masna.org.