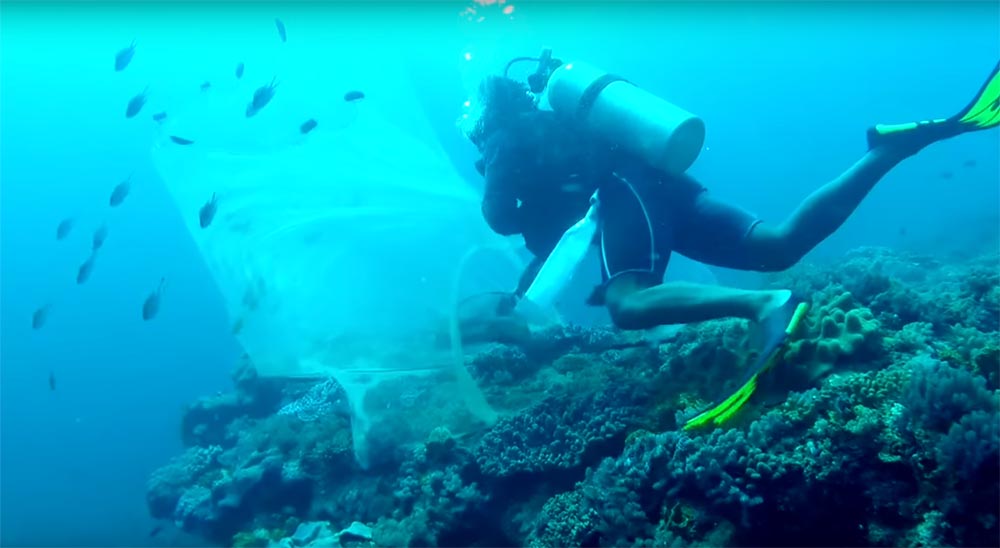 Speaking with Carlin, Tuccinardi explains why he made his first journey to Africa. “Most people think of Africa, they’re thinking ‘freshwater fish’, and there’s some amazing fish there. But I went out to look at the Marine Aquarium Fishery in Kenya, to see not only what fish are out there but how they’re coming from those reefs out in the Indian ocean to aquariums worldwide.”

“Mike wanted to learn about the rare fishery in the Indian Ocean off Kenya,” narrates Carlin, “where native Kenyans use what many might see as primitive equipment to make a living in the aquarium trade. The divers know what they’re doing, herding the fish into large nets, where they can safely be captured in smaller hand held nest, and eventually bagged under water for transport. Another technique is to surround a school of fish, capturing many fish at once. And though the fish are plentiful, many Kenyan species are rare in your local aquarium store.

Carlin continues, “It’s important to remember that it isn’t all about the fish for our aquariums. For these divers, it’s a way of life, a career that wouldn’t’ exist without the fishery. They depend upon this job to support themselves and their families.”

Tuccinardi expanded on the economic component of the Kenyan marine aquarium fishery. “In an area where there’s not much economic development, especially on the coast…there’s not much activity that people can do on the coast to make money. So this is not only viable, but it’s a major source of income for a lot of people and a good chance at employment for skilled work.

“The handling of the fish, and the supply chain there is really well done. The fish get collected on the boat…the dive team packs them in bags with oxygen right on the boat, and they’re at an export facility in a matter of hours after collection, so there’s not this long chain of the fish getting stressed out…they arrive in pretty good shape…one of the reasons Kenya fish tend to come in really nice and healthy is the care that’s taken with them along the supply chain.”

Go diving off the coast of Kenya, as native divers collect the fish for our aquariums. WATCH NOW: