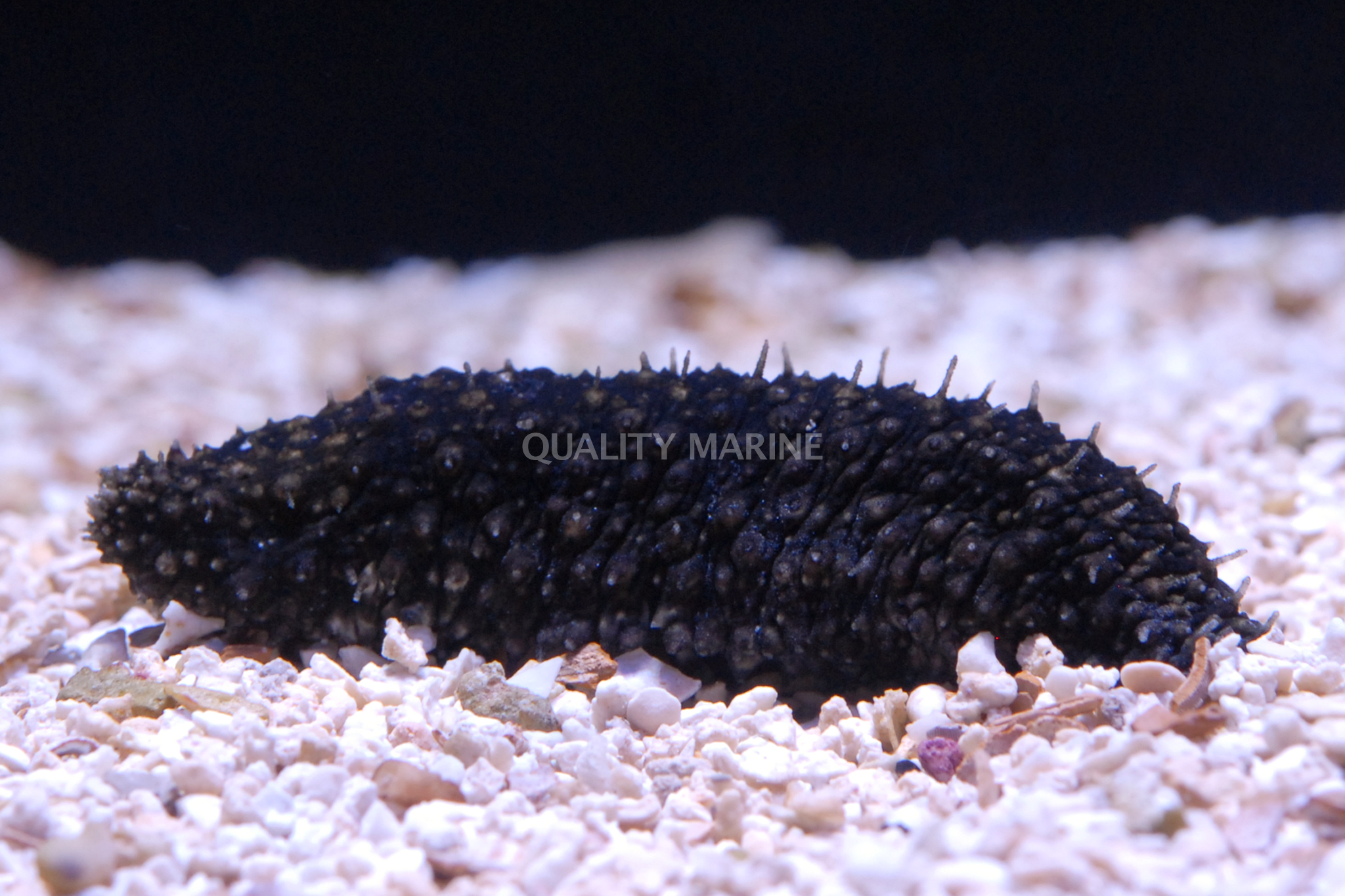 Holothuria fuscopunctata, the Caledonian Sea Cucumber, is now available as an aquacultured species.

This is how we like to start off our week! We are proud to announce that another new aquacultured species is being added to the Quality Marine stock list—the first-ever aquacultured Sea Cucumber: the aquacultured Caledonian Sand Sifting Cucumber (Holothuria fuscopunctata).

The Caledonian Sand Sifting Cucumber has a widespread range within the Indian and Pacific Oceans, from the Mariana Islands to Palau and New Caledonia. They commonly inhabit reef slopes, lagoons, and sea grass beds at depths of up to 25 meters. They are primarily detritus and deposit feeders. They are commercially harvested as a traditional food (tripang or béche de mer) in some East Asian cultures and have been overharvested in some regions.

Although not very common up to this point, they have been utilized in aquariums because of their diet of detritus and tendency to aerate and clean sand beds while searching for food. H. fuscopunctata will spend most of its time beneath the sand bed, but can also be seen roaming the aquarium at night. Their diet and lifestyle mean that they prefer a moderately deep, small- to medium-grained sand bed where they can search for organic foods. Like all invertebrates, care and time should be taken during acclimation. They are highly sensitive to nitrates and copper medications. These H. fuscopunctata are accustomed to captive conditions, eating processed foods and conditioned to human interaction.

Quality Marine is very proud of our extensive and ever-growing list of aquacultured specimens, part of our continuing effort to promote sustainability and responsibility in the aquarium trade.