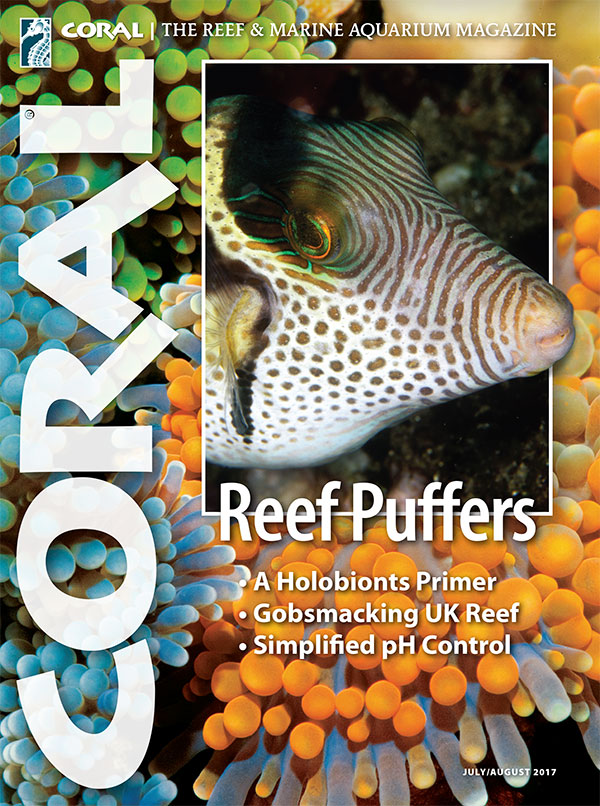 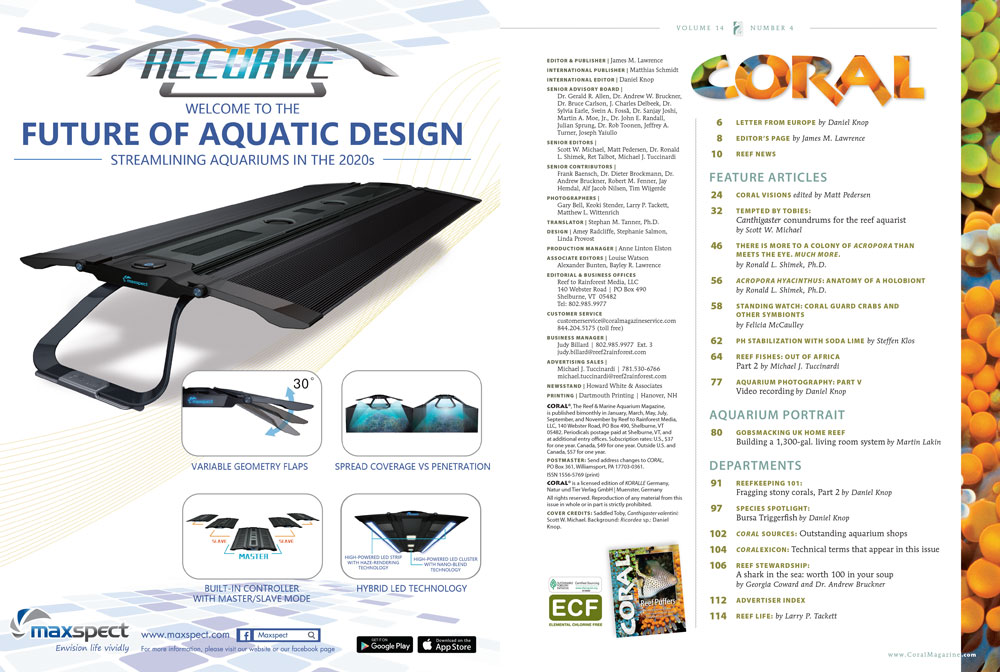 The Table of Contents for the July/August 2017 edition of CORAL Magazine, REEF PUFFERS. 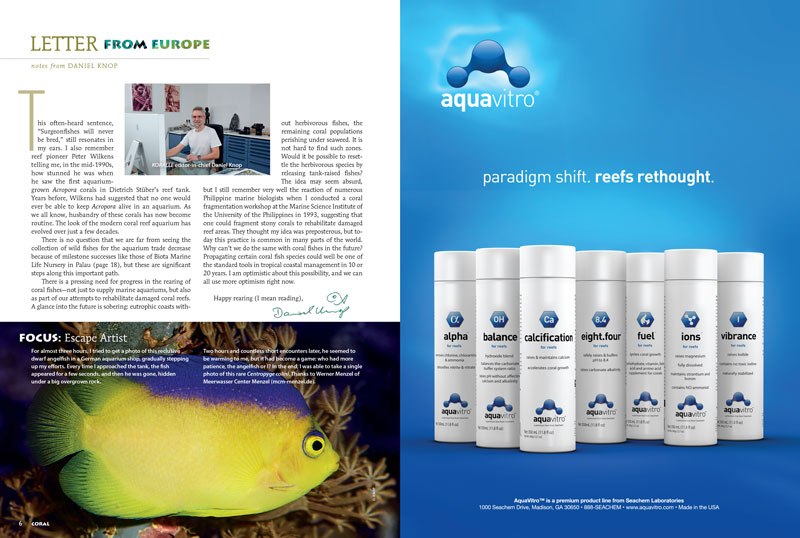 Daniel Knop’s Letter from Europe considers what was once thought impossible, and how far we still must go. “A glance into the future is sobering: eutrophic coasts without herbivorous fishes, the remaining coral populations perishing under seaweed… Propagating certain coral fish species could well be one of the standard tools in tropical coastal management in 10 or 20 years. I am optimistic about this possibility…” 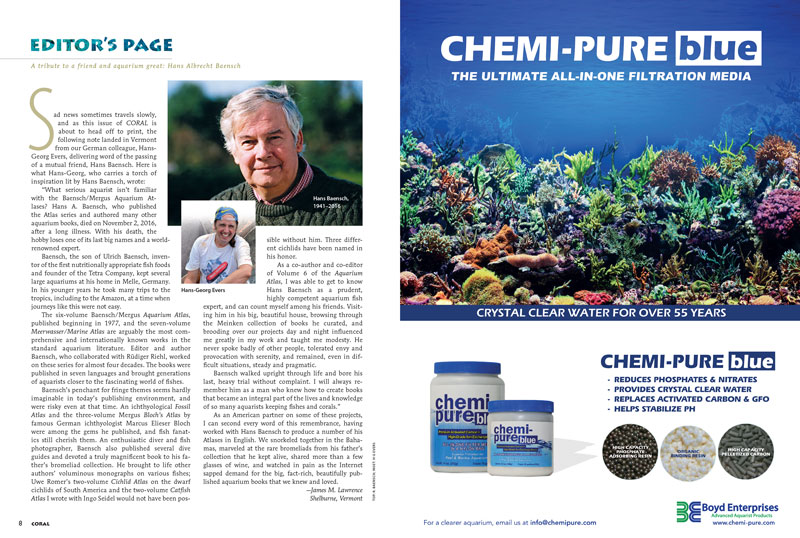 Our Editors reflect on the life and contributions of a departed friend and one of the last “big names” in the aquarium world, Hans Baensch, in this issue’s Editor’s Page. 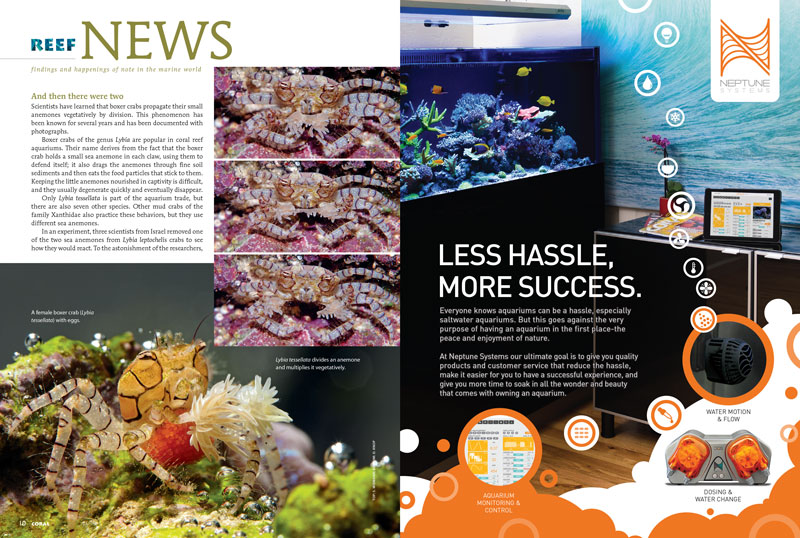 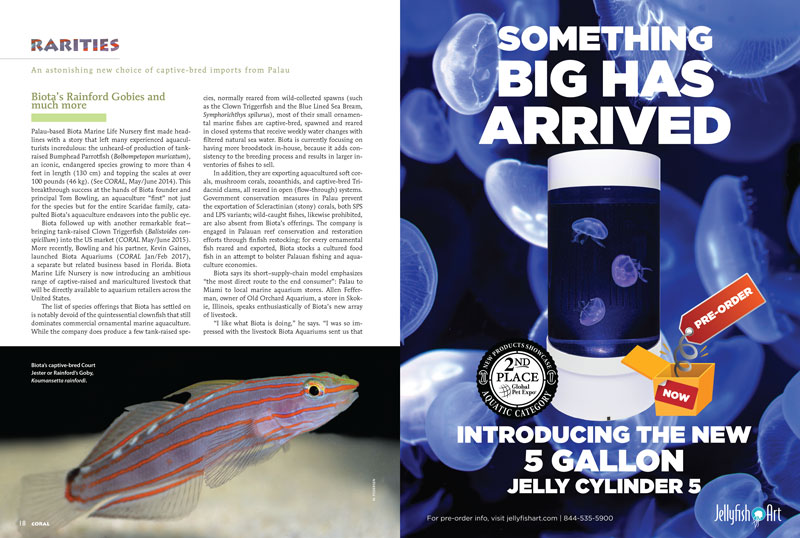 A bounty of aquacultured species is making its way from Biota Marine Life Nursery in Palau to your local fish store, and it’s not simply more clownfish in the mix. Matt Pedersen interviews local aquarium shop owners who rate the new imports. 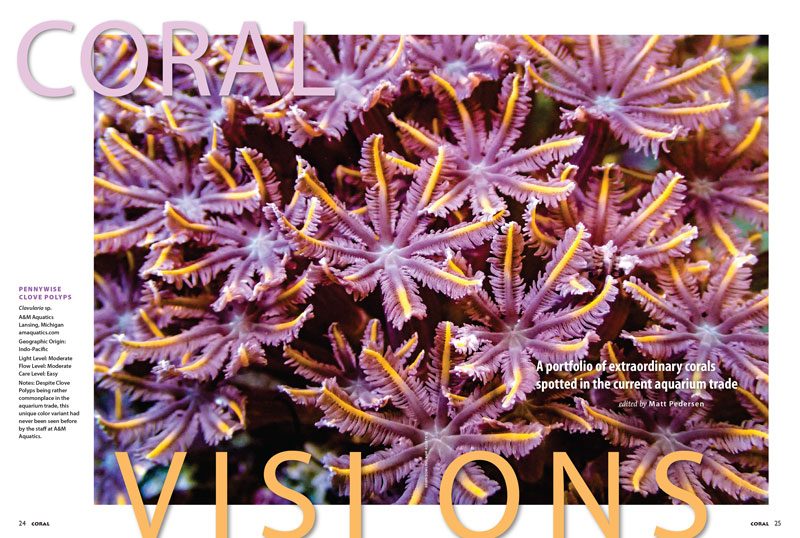 The newest installment of CORAL VISIONS opens with the unique Pennywise Clove Polyp from A&M Aquatics. Turn the page of your new issue to see what other exceptional treasures await. 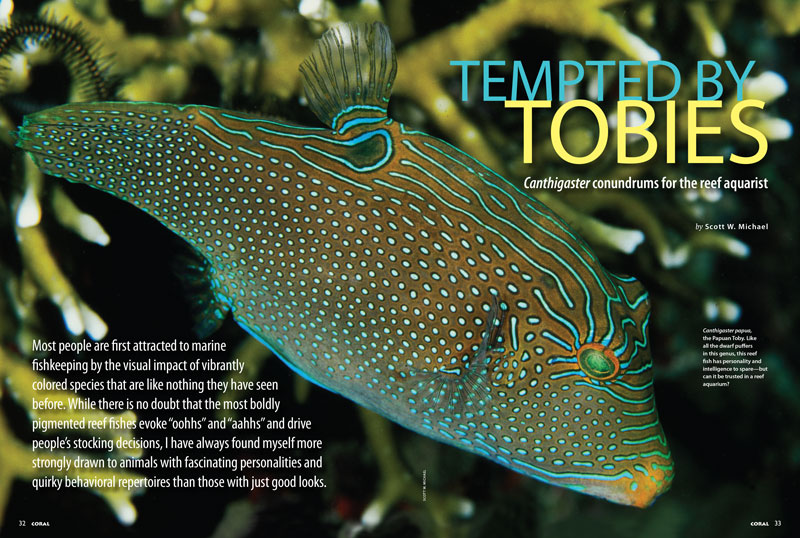 Scott Michael’s cover story, Tempting Tobies, opens with Canthigaster papua, the Papuan Toby. Like all the dwarf puffers in this genus, this reef fish has personality and intelligence to spare—but can it be trusted in a reef aquarium? 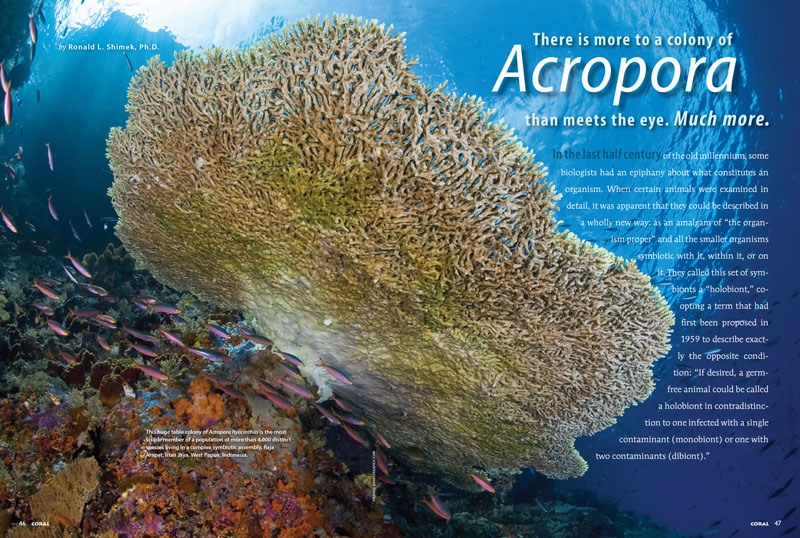 This huge table colony of Acropora hyacinthus is the most visible member of a population of more than 4,000 distinct species living in a complex symbiotic assembly. There is more to a colony of Acropora than meets the eye. Much more… 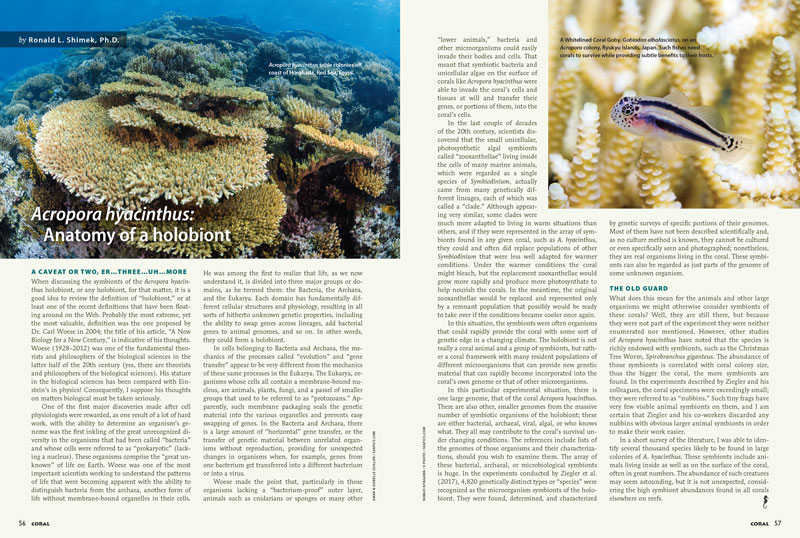 When discussing the symbionts of the Acropora hyacinthus holobiont (or any holobiont, for that matter), it is a good idea to review the definition of “holobiont.” (You will never view a colony of stony coral in the same way again!) 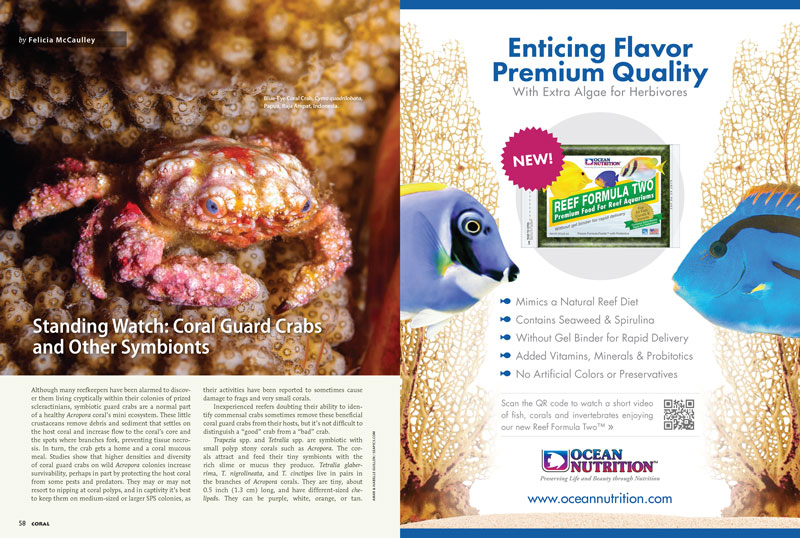 Meet the Acro Crabs and more in “Standing Watch: Coral Guard Crabs and Other Symbionts,” by Felicia McCaulley. 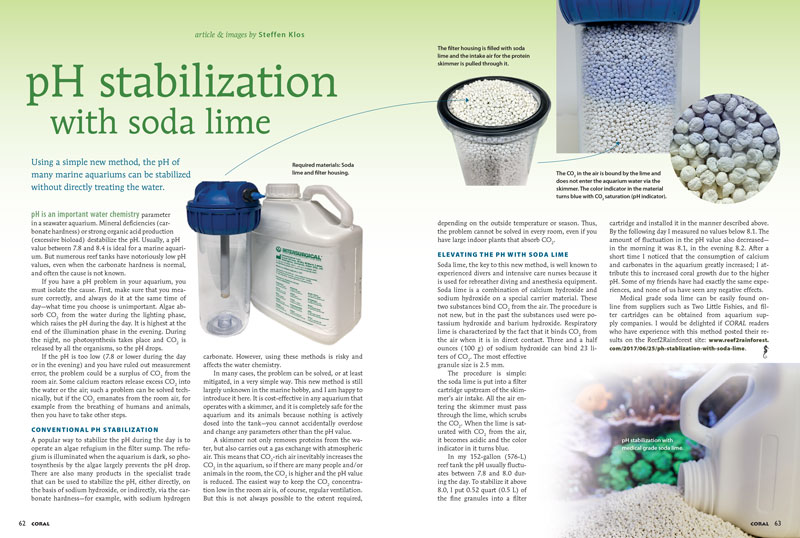 Using a simple new method, the pH of many marine aquariums can be stabilized without directly treating the water. Learn all about pH stabilization with soda lime in the new issue. 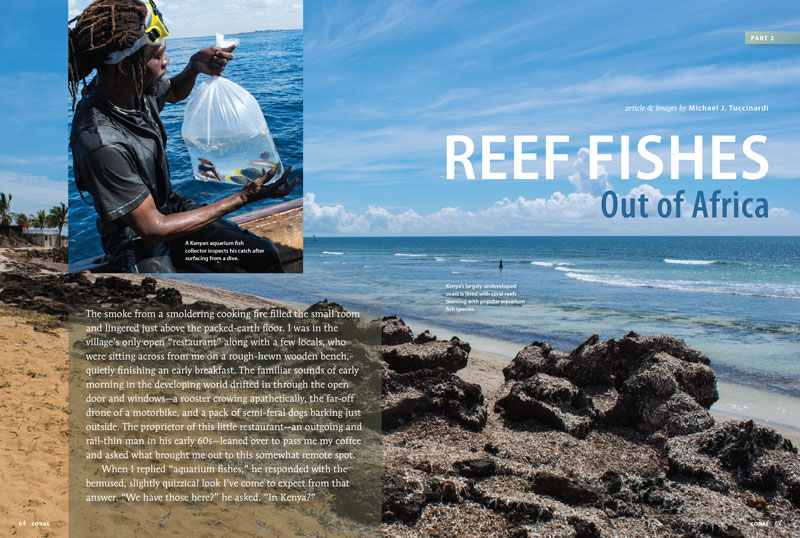 “The proprietor of this little restaurant…asked what brought me out to this somewhat remote spot. When I replied ‘aquarium fishes,’ he responded with the bemused, slightly quizzical look I’ve come to expect from that answer. ‘We have those here?’ he asked. ‘In Kenya?'” Discover them for yourself in Michael Tuccinardi’s must-read Reef Fishes Out of Africa: Part 2. 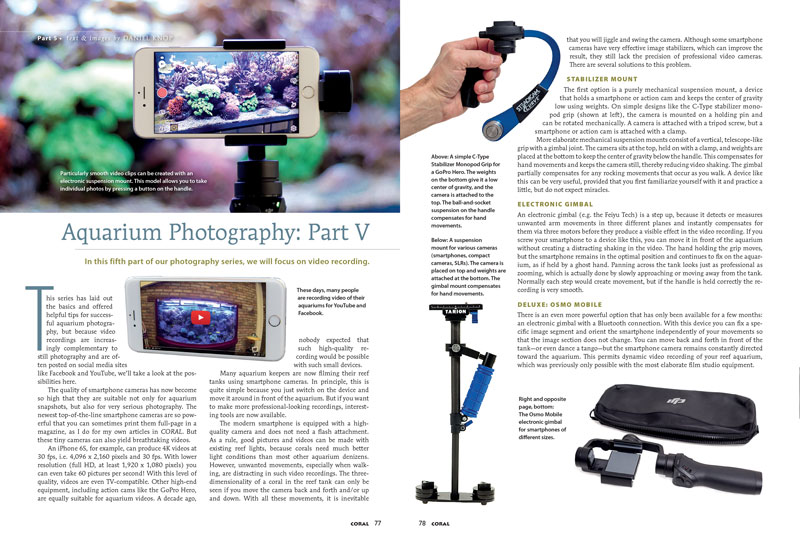 In this, an ongoing photography series from Daniel Knop, the KORALLE Editor and smartphone camera wizard focuses on video recording and gear to stabilize your shoots. 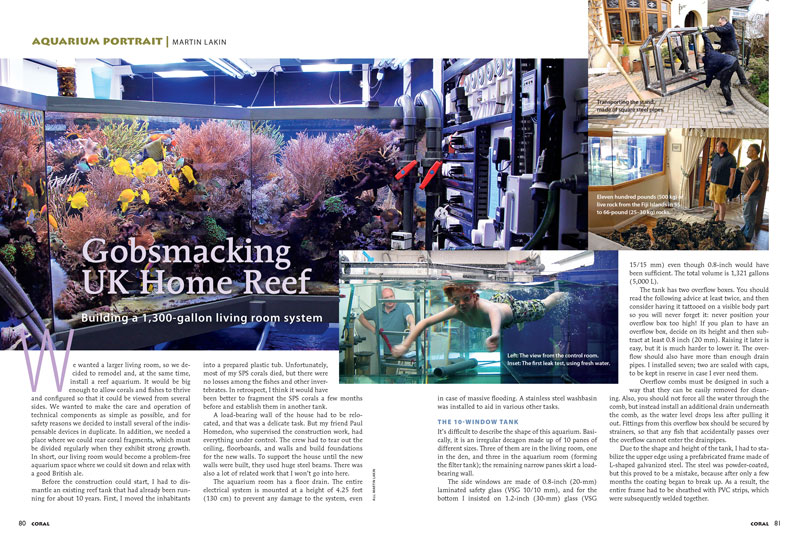 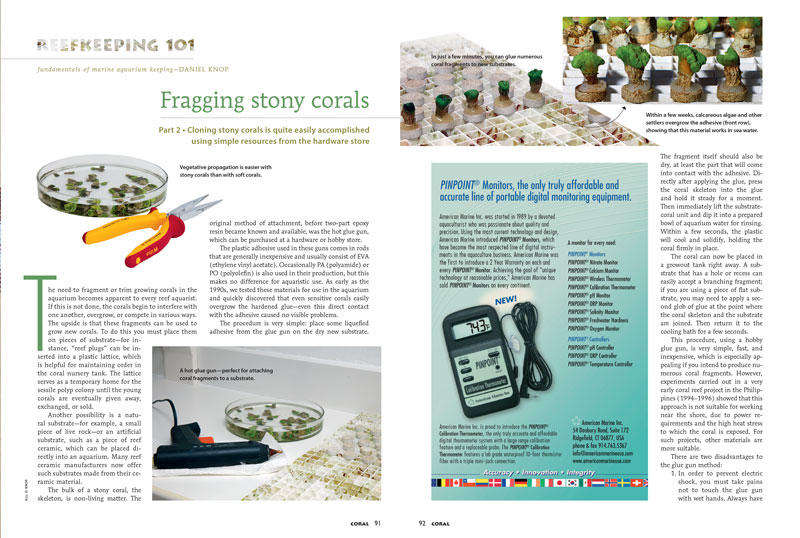 Reefkeeping 101 returns with Part 2, a look at fragging stony corals and the use of glue-gun adhesives. 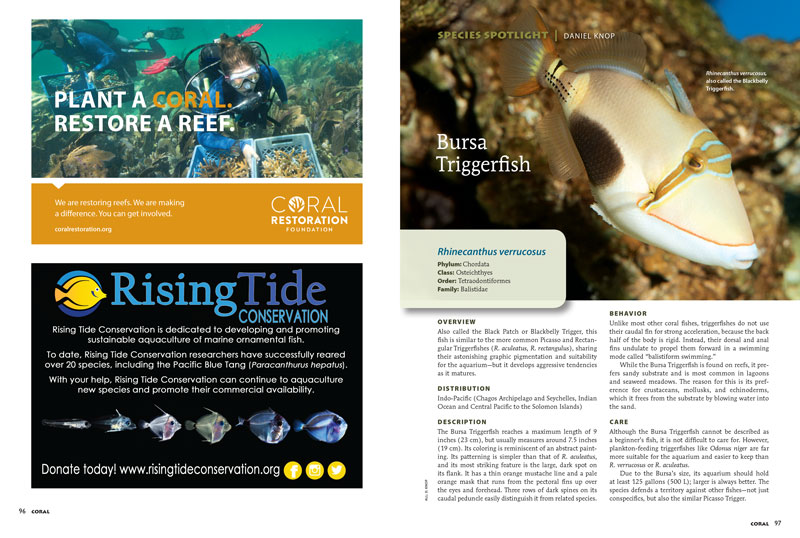 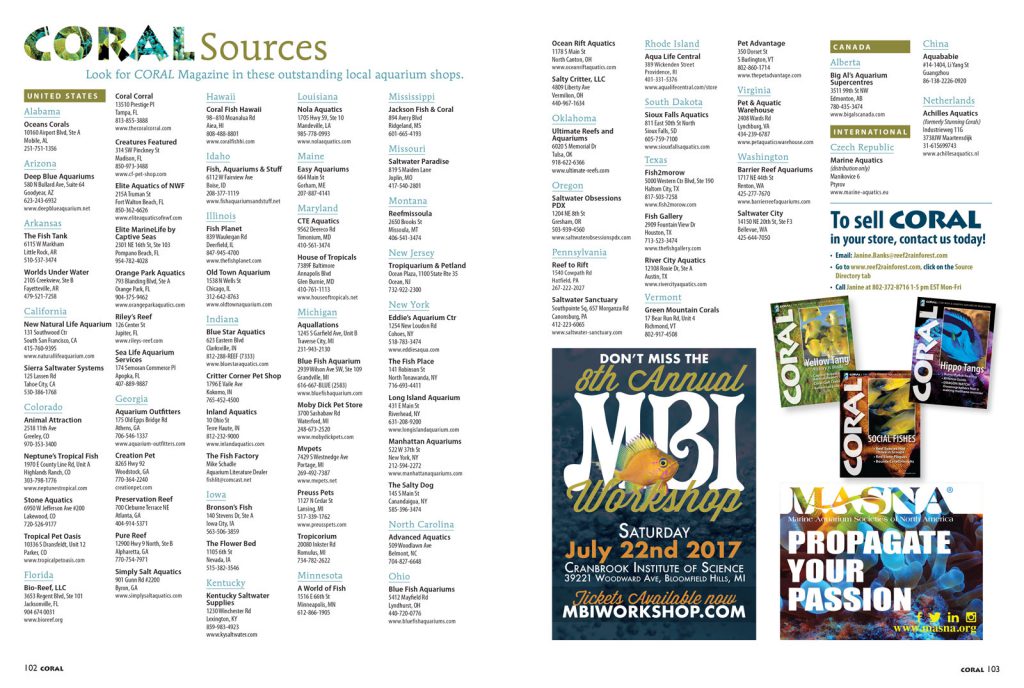 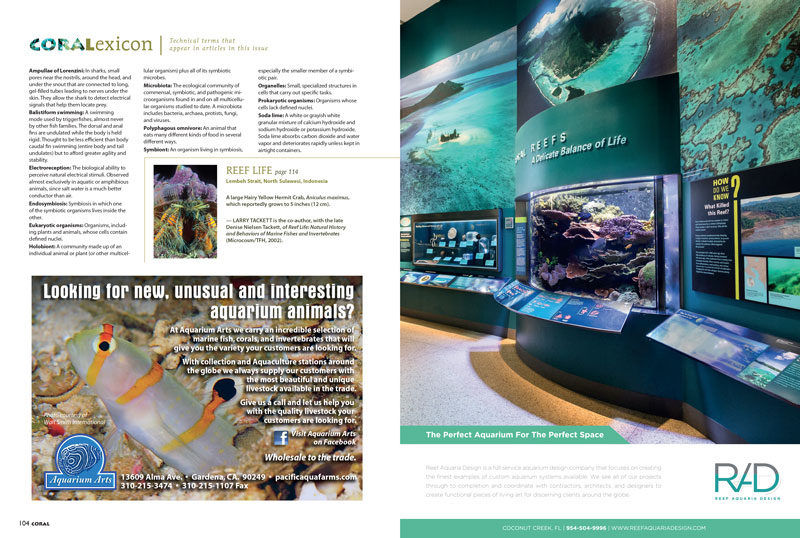 CORALexicon clarifies the technical terms that appear in articles in each issue. 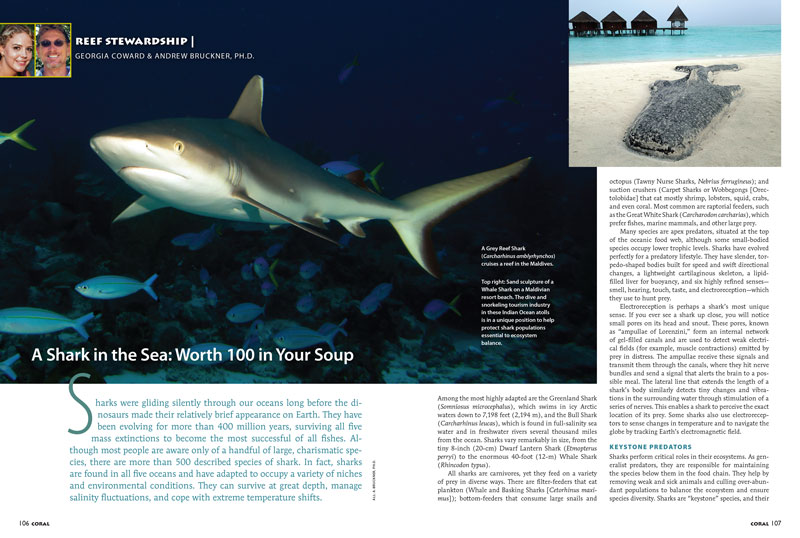