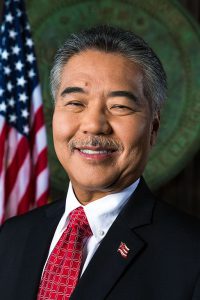 “Those who care about pets, fishermen safety, and Hawaii’s beautiful coral reefs thank Governor Ige for proposing to support sound science and veto Senate Bill 1240,” said Pet Industry Joint Advisory Council (PIJAC) Vice President of Government Relations Robert Likins. “The governor took substantial time to understand all sides of this issue, especially the lack of scientific support for SB1240 and the risk to his constituents’ jobs.”

“We agree with the Governor that available scientific information does not support SB1240, and that additional studies are needed to appropriately refine regulations for this fishery.”

SB1240 would end the issuance of permits to collect aquarium fish in Hawaii. The Hawaii Department of Land and Natural Resources had urged Governor Ige to veto the bill, noting the huge volume of scientific evidence contradicting its measures. The department based its opinion on, among other factors, approximately 7,000 underwater surveys conducted over 17 years and a survey of biologists who determined that aquarium fishing is the least problematic of all issues potentially affecting coral reefs.

In issuing his notice of intent to veto, the Governor referenced this scientific repository. The underwater surveys have shown that the populations of aquarium fish species are sustainable, and that there is no evidence of ecological harm to the reefs.

“On behalf of our members and the other fishermen in Hawaii, PIJAC urges the legislature to review this scientific information, and consider the impacts of bill on those involved in the fishery,” said Likins. “SB1240 will not protect coral reefs, and it will harm those in small communities who rely on this fishery for jobs.”

“The Hawaii aquarium fishing community has offered alternative legislation and a willingness to work with DLNR to improve the permit system and ensure that it is based in sound science” Likins concluded. “We urge the legislature to carefully consider the governor’s excellent decision-making process, and to uphold the expected veto.”