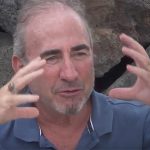 To CORAL Magazine Readers and Sponsors,

Good morning. Hawaii’s governor is expected to sign or veto Senate Bill 1240, which is a ban on aquarium fishing in Hawaii. PIJAC is working closely with the state’s fishermen to urge the governor to veto the bill.

We are requesting promotion of the following items on your websites, Facebook and Twitter profiles, and any other avenues which you may find appropriate (sending to members, e-mail lists, etc.) with the goal of getting people to call, e-mail, or otherwise contact the governor, and to show the governor that there is widespread opposition to this bill.

PIJAC’s Pet Alert may be republished.

Hawaii’s Department of Land and Natural Resources has recommended a veto of SB 1240: http://www.civilbeat.org/2017/06/dlnr-urges-ige-to-veto-bill-phasing-out-aquarium-fishing-in-hawaii/

The op-ed was originally published here by a sister publication, where it also covered the jobs that SB 1240 risks: http://hawaiitribune-herald.com/commentary/their-views/aquarium-fishing-limits-wrong-hawaii

PIJAC’s request for people to contact the governor, including draft language for e-mails: http://www.pijac.org/pet-alerts/urgent-aquarium-fishing-industry-risk-elimination-if-hawaii-gov-ige-doesnt-veto-hi-sb