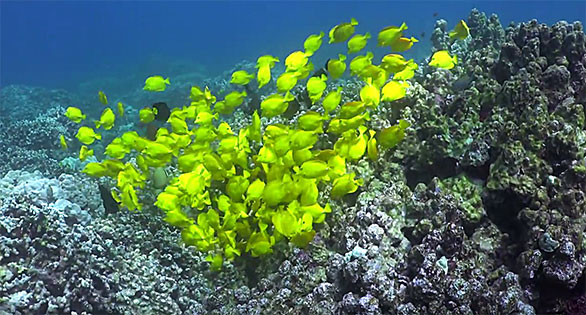 The Yellow Tang, Zebrasoma flavescens, is the iconic marine aquarium species at the heart of the debate over Hawaii’s marine aquarium fishery. Image from “Hawaii’s Aquarium Fishery: Regulated, Valuable, Sustainable” 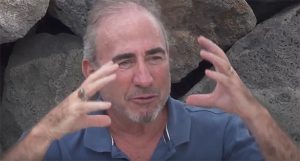 Recently hailed as a “compromise” by anti-trade activist Robert “Snorkel Bob” Wintner, in reality the proposed law eliminates the ability to issue new collection permits, heavily restricts the transfer of existing permits, and ultimately phases them out altogether.

Hawaii’s DLNR is repeatedly on the record now furnishing evidence that the fishery is sustainable, and perhaps more fundamentally, that the species targeted by the marine aquarium trade are not the species integral to the reef recovery from coral bleaching events (refuting one of the more recent arguments being put forth by anti-trade activists). The topic was recently discussed in a Hawaii Public Radio report from November 2016.

Leading marine scientists Dr. Bruce Carlson, Dr. Richard Pyle, and Dr. John Randall, themselves staunch advocates of coral reef conservation, were vocal in their opposition to S.B. 1240. They cite the data, but also concerns over diver safety caused through the limiting of permits. “[S.B. 1240] impacts the safety of divers and ignores extensive data collected by the Department of Land and Natural Resources (DLNR) that support the small, sustainable and highly regulated aquarium fish industry.”

Hawaii’s Governor David Ige can make his decision at any time now; the Pet Industry Joint Advisory Council (PIJAC) continues its call for letters to the Governor to veto the legislation before him.

PIJAC’s position on the bill is clear. “SB1240 sides with emotion, and directly opposes a huge amount of sound science! Hawaii will institute an indefinite ban on aquarium fishing permits. This amounts to a ban on all future aquarium fishing in the state of Hawaii and effectively puts a termination date on aquarium fishing in Hawaii. It would also mean that those fishermen that already hold a permit, unable to find a permitted dive partner, would have to unsafely dive alone.”

What You Can Do:

PIJAC is calling for two key actions in response to this pending legislation.

Watch the recent film, “Hawaii’s Aquarium Fishery: Regulated, Valuable, Sustainable,” which provides a counterpoint to the emotional and often data-deficient (or out of context) arguments proffered by the anti-aquarium movement.