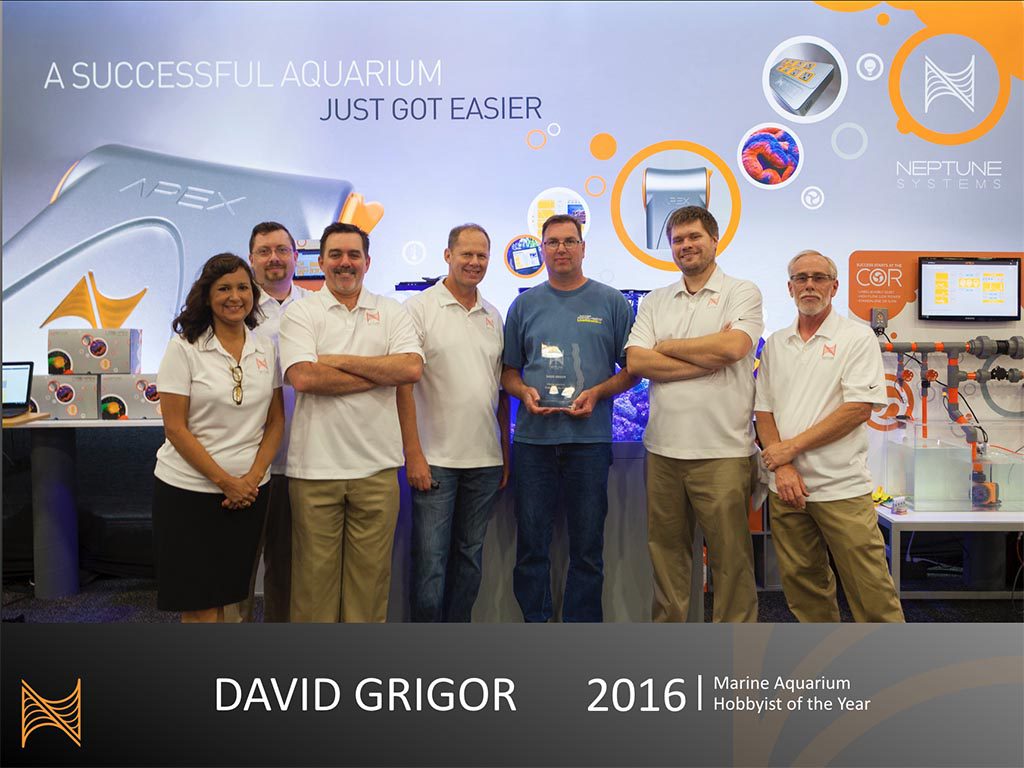 Last year, Neptune Systems named David Grigor the Marine Aquarium Hobbyist of the Year (MAHY). There were many worthy applicants, but just like prior-year winner Brad Syphus, David came out on top when it came to his: love of the hobby, dedication, persistence, patience, helpfulness, humility, and incredible respect from his peers.

From the tears in his eyes as he gave a short speech, to the incredible reception given to him by the audience, it was clear that the right choice had been made.

Now the next MAHY must be found.

So with this press release, Neptune Systems opens up the application process for the 2017 MAHY to all marine aquarium clubs and organizations across North America. Prepare your nominations and get them to us by 8/1/2017 to be considered for this award.

In addition to the great honor of being in the company of a hobbyists like Brad Syphus and David Grigor, the recipient of the MAHY award will be provided with airfare to New Orleans, hotel accommodations, and a full ticket to MACNA. Additionally, they will receive $500 in new gear of their choice from Neptune Systems.

The qualification, nomination and selection process for this award are as follows: 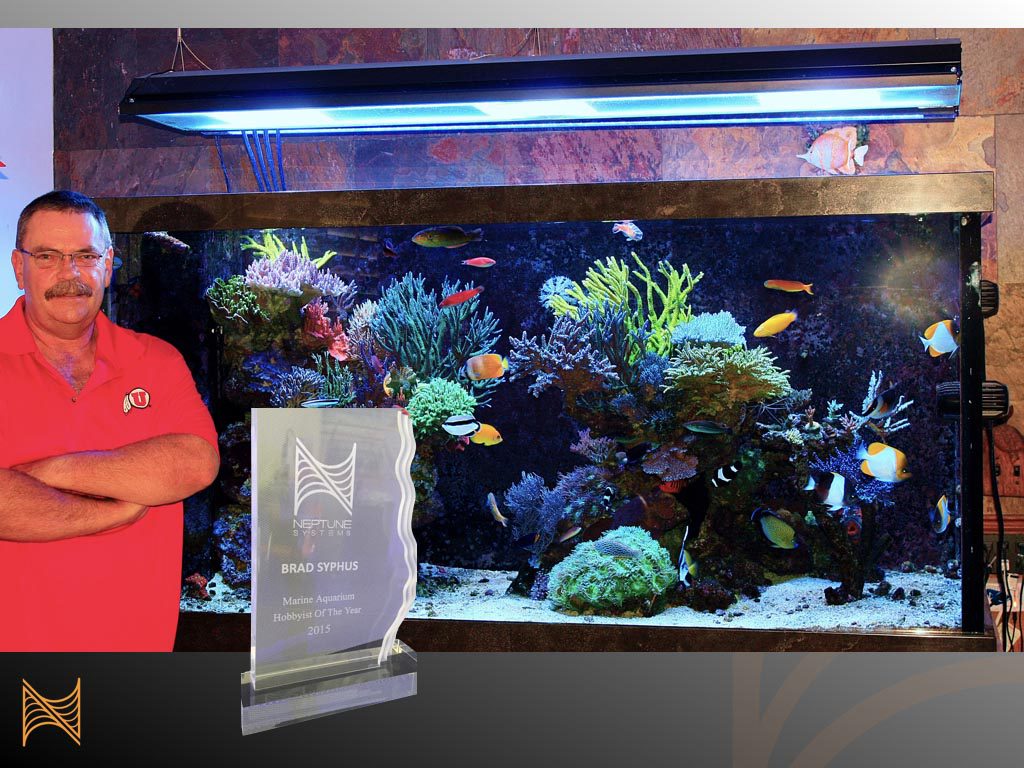 Brad Syphus, the first Neptune Systems Marine Aquarium Hobbyist of the Year, recognized with the honor in 2015.