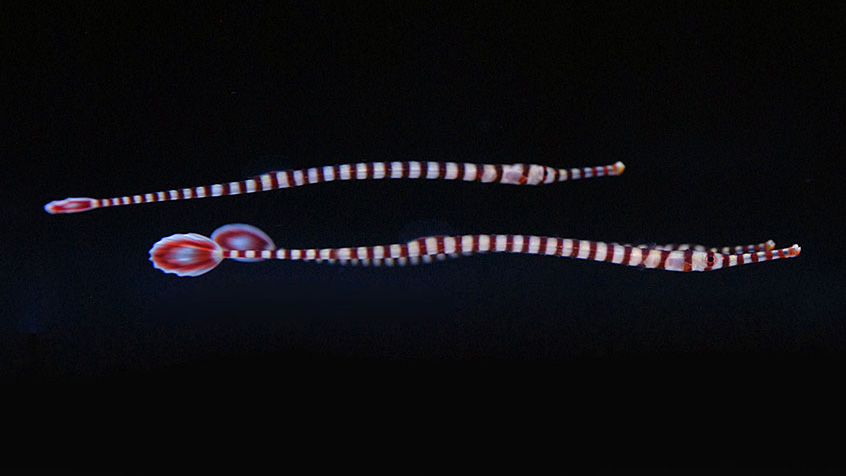 One of the best-known and most beautiful members of its family, the Banded Pipefish (Dunckerocampus dactyliophorus) is now appearing as a captive-bred choice for expert aquarists.

Another aquacultured species has joined Quality Marine’s growing list of sustainably grown marine animals: the Banded Pipefish (Dunckerocampus dactyliophorus). They are a popular aquarium species, especially for seahorse aquariums and experienced reef aquarists. However, their wild habitat is under threat due to coral reef degradation, coastal development, and pollution, which in turn makes them vulnerable to overharvest, making this successful captive breeding all the more important. 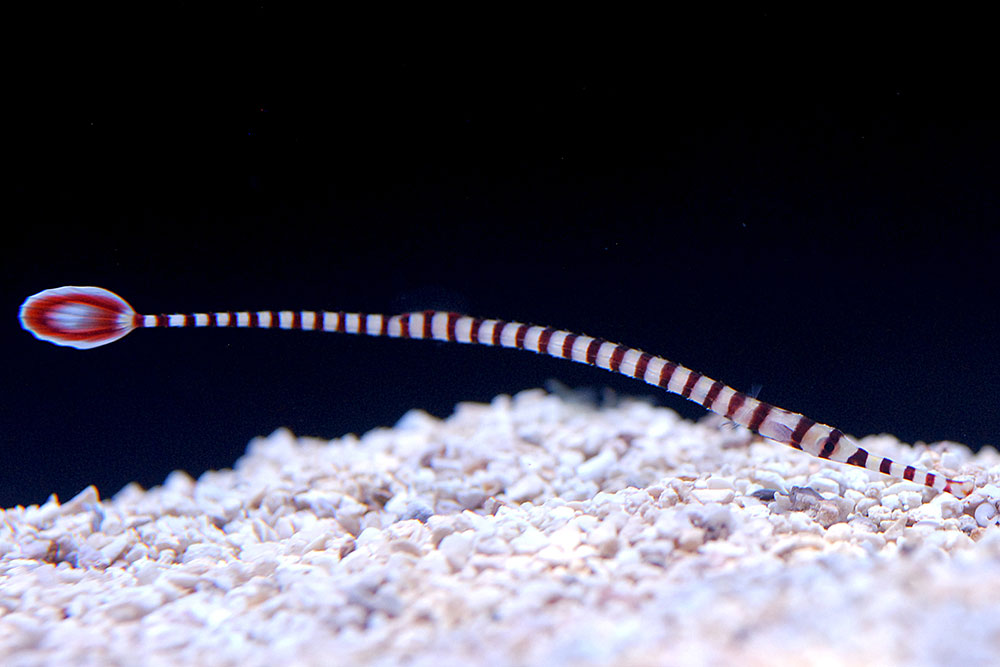 In the wild, Banded Pipefish inhabit rocky crevices in coral reefs of depth from five to fifty meters all throughout the tropical and subtropical waters of the Indo-Pacific. They feed primarily on planktonic organisms. Like other pipefish, males carry the eggs in a brood pouch, which is found under their tail. The Banded Pipefish are ovoviviparous; meaning they will carry the embryos until live birth.

In aquariums, pipefish make excellent tankmates for seahorses, dragonets, and other peaceful, slow-moving species. Pipefish are poor swimmers; thus, it is important to keep the flow of the tanks gentle and non-laminar. Choosing aquacultured animals will increase your chance of success in keeping pipefish, especially if they are provided the right diet and aquarium conditions. Cultured pipefish are raised on frozen small meaty foods, eliminating the need for offering live foods. However, since they are such poor swimmers and hunters, this species requires aquariums with high food densities or target feedings.

Increasing the number of cultured species we offer to our customers is an integral part of making the aquarium trade more sustainable. Quality Marine is very proud to now offer the Banded Pipefish to our ever-growing list of captive-bred species.