Free posters for anyone wishing to show support for Climate Science and Climate Scientists threatened by the current US Government, whose official policy has become Global Warming Denial.

Creators of a series of posters are offering them free for downloading to anyone wishing to protest the Trump Administration’s dropping protections of clean air, clean water, and abandoning scientific research in the fields of climate and health. 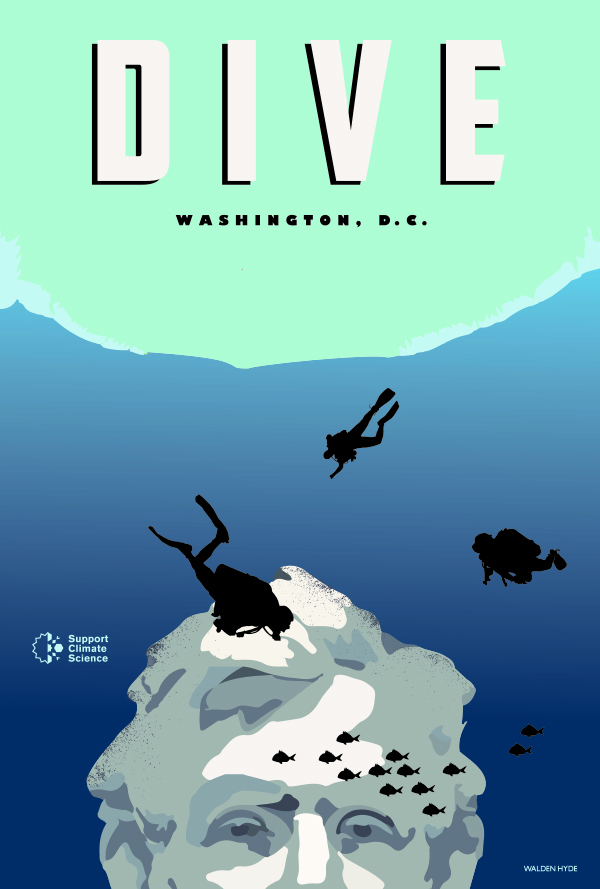 Offered by Walden Hyde, a Boulder, Colorado, creative agency, this is one of a series of free posters available for download in support of Climate Science.