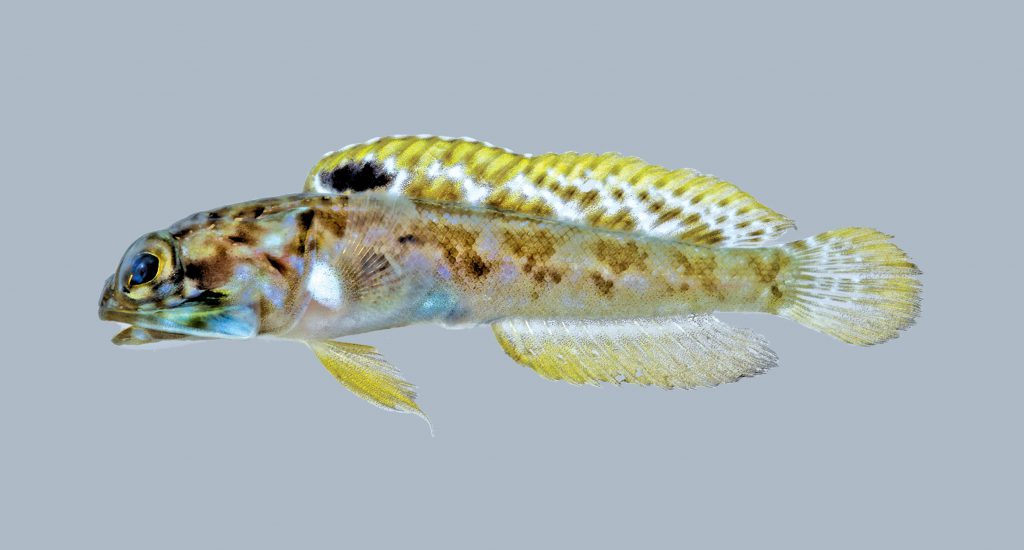 Schrier’s Jawfish, Opistognathus schrieri, from Curaçao, is the one of the latest additions to the Caribbean jawfishes. Image: Zachary S. Randall (UF).

“A new genus and species of deep-water jawfish, Anoptoplacus pygmaeus, n. gen. n. sp., is described on the basis of two specimens collected off Arrowsmith Bank, Yucatán, Mexico, trawled in 240‒267 m. Although only 20.5‒22.5 mm standard length, they exhibit sexual dichromatism, appear to be adults, and have a number of reductive characters generally characteristic of miniaturization in fishes.

“The presumed sexual dichromatism exhibited by the two available specimens strongly suggests that they are both adults. Unfortunately, positive sex determination by visual or histological examination was considered to be impractical. The pronounced reduction in meristic features of this species is a common trend associated with miniaturization that has occurred repeatedly in many other families of marine and freshwater fishes.”

Learn more about A. pygmaeus in the first segment of the open access paper, available here.

Named in honor of Adriaan (Dutch) Schrier, owner of Substation Curaçao in Willemstad and the ‘Curasub’ submersible,” Opistiognathus schrieri has the potential to join the legions of rarely seen, extremely expensive aquarium fishes collected from the depths of Curaçao in the Southern Caribbean. 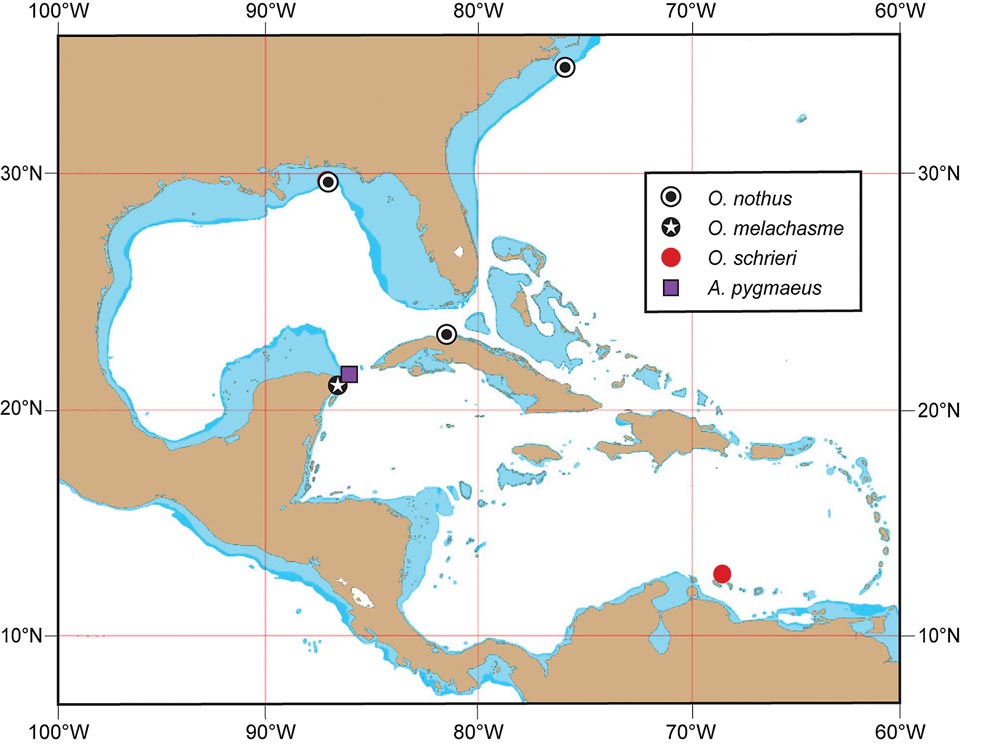 This new jawfish was discovered at approximately 152 meters depth (500 feet) at “Curaçao, Willemstad, near Curaçao Sea Aquarium, off aquarium submersible downline.” Other specimens of this jawfish were observed inhabiting a transition zone between sand and pea-sized rubble. Two males were used to describe this species, which may represent another smaller jawfish; the holotype came in at only 48 mm SL, with the paratype an even smaller 42.8 mm SL (1.9 to 1.7 inches standard length).

Perhaps of greatest interest to aquarists, besides the obvious attractive appearance of the small new jawfish, is the story of how this species came to be described, including the pivotal role played by aquarium livestock collector and exporter Dynasty Marine.

From the paper’s acknowledgements: 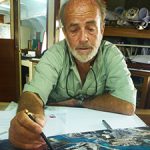