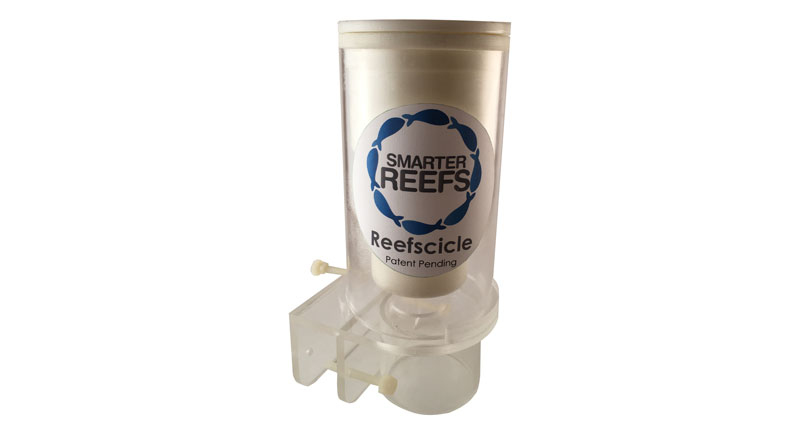 Smarter Reefs has introduced Reefsicle, a new patent-pending system designed to create time-delayed feeding of frozen fish food to your aquarium inhabitants. While the makers of Reefsicle have clearly targeted the marine aquarium market, truly any aquarium fish that benefits from both frozen foods and periodic availability of food throughout the day could be well-served by this product.

Often the fishes that truly benefit from frequent feedings (for example seahorses, Anthias, dragonets) are the same types that are generally reluctant to accept pellets or flakes within their diet. Reefsicle fills the void left by current automatic feeders on the market, which are largely used to dispense only flake or pellet feeds.

Reefsicle’s system is the epitome of low-tech. You control exactly how much food is dispensed during the day because you create the “food popsicles” used by the system. Raised ridges in the popsicle mold allow for easy portioning of food along the entire length of the popsicle, and each popsicle represents a day’s feeding. 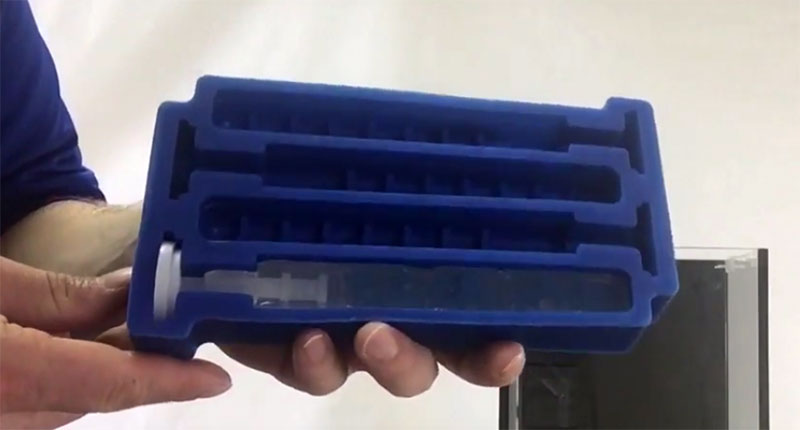 Silcone ice molds for the Reefsicle feeder; extras are available, allowing you to make as many as you need, to then be stored in the freezer for daily use. Image credit: SmarterReefs.com

The delivery system for the popsicles consists of a feeding ring and base, along with a thermos that suspends the popsicle while also slowing the delivery rate of the food. The popsicle, now suspended over the aquarium, thaws from the bottom up, dropping one portion at a time into the tank over the course of several hours. Actual feeding rates will vary, depending on ambient temperatures and flows. 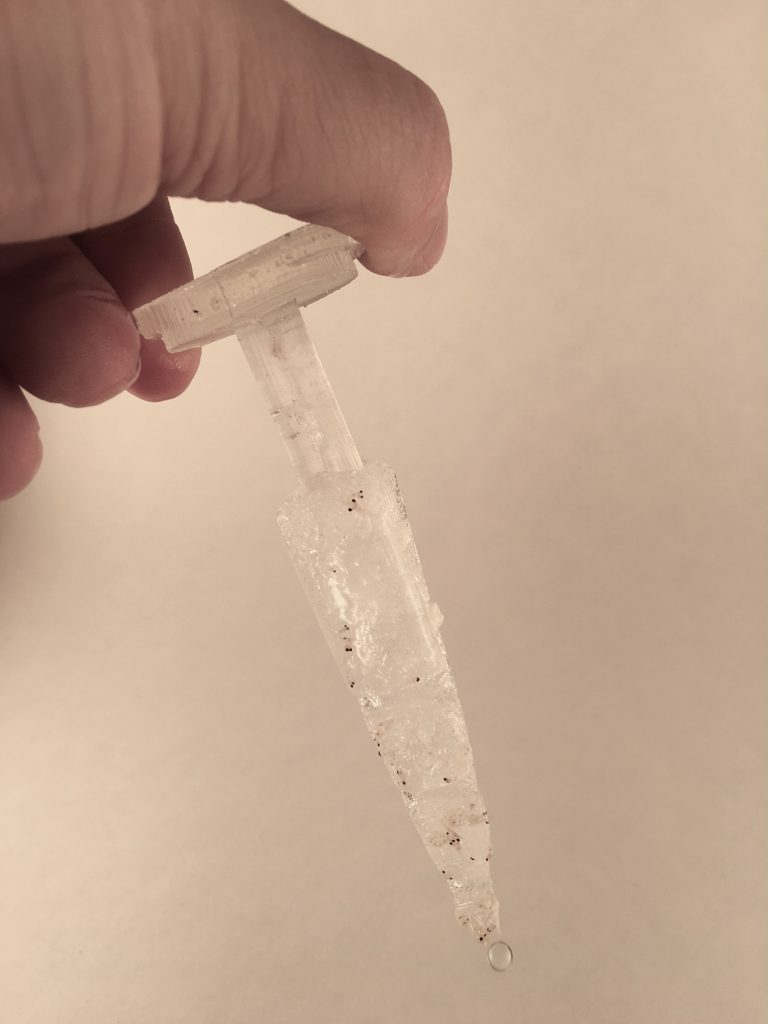 After 4-5 hours, this partially thawed Reefsicle demonstrates the bottom-up thawing that produces a slow, steady stream of food throughout the day. Image credit: SmarterReefs.com

Note that this is a daily feeding system, requiring you to re-freeze the thermos at the end of the day and set it up again the next morning with a fresh popsicle. In that regard, the Reefsicle system cannot replace the multi-day (or multi-week) approach of drum-style feeders that utilize dry feeds.

Mulling this concept over, editors here raised concerns over the concept of thawing frozen foods and then re-freezing them, which at minimum degrades some of the nutritional value. Of course, the counterpoint is that a nutritionally-reduced food might still be better than no food at all during the time periods that aquarists are not available. To avoid this, frozen foods could also be chopped up while still frozen and then placed into the individual compartments of each Reefsicle mold, keeping their nutrition intact (many mixed diets are easily cut up on a cutting board).

It’s easy to envision a variety of applications for this idea. Aquarists who create their own feeds using fresh seafood in small batches could also stock such a mixture directly into the mold for its first freezing. Other foods, including pellets and freeze dried items, are certainly possible candidates for inclusion. Reef aquarists who hatch baby brine shrimp, raise rotifers and copepods, or feed phytoplankton, all could utilize the Reefsicle as a delivery system. Reefsicles could also be leveraged by marine fish larviculturists for the delivery of frozen phytoplankton in a slow, somewhat consistent stream. For non-photosynthetic, azooxanthellate NPS coral keepers, who have tried to create complex feeding systems using mini fridges and dosing pumps, the Reefsicle offers a decidedly simpler approach with the added benefit of keeping the feed chilled until the precise moment it’s fed into the tank. SmarterReefs.com has no shortage of ideas for the Reefsicle’s use.

As one CORAL editor put it: “Really, this idea is a stroke of genius, no matter what food you use.” Have you used Reefsicle? We’d love to hear your experiences and thoughts in the comments below.

Watch: A Video Introduction to the Reefsicle System from Smarter Reefs