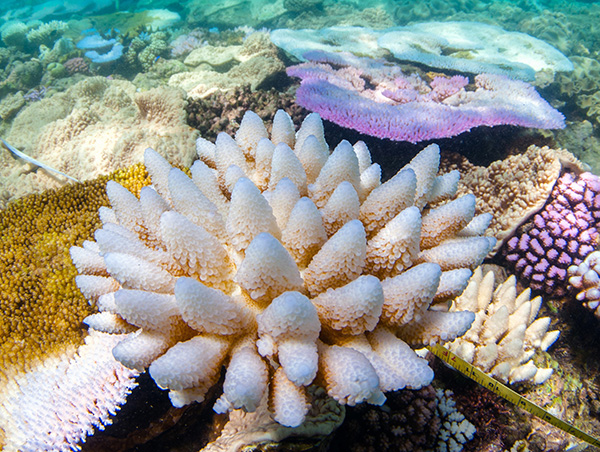 A dreaded and unprecedented new wave of mass bleaching is unfolding on Australia’s Great Barrier Reef, according to Australia’s lead management agency for the world’s largest coral reef ecosystem. Parts of the Reef were damaged or killed in a deadly heat wave only last year.

Stretching for over 1,400 miles (2,300 kilometers) in the Coral Sea, the Great Barrier Reef is composed of a network of almost 3,000 individual reefs and some 900 islands in a vast area covering about 133,000 square miles (345,000 sq km)— or half the size of Texas. Built over millenia by countless billions of small coral polyps, the GBR is visible from space and is one of the most awe-inspiring natural wonders on Earth. 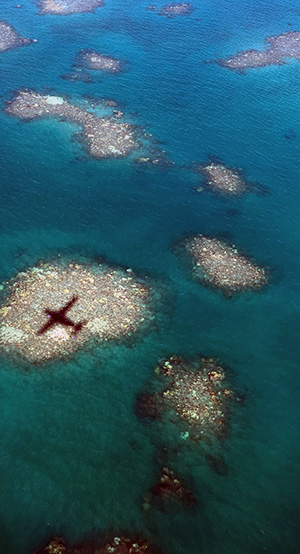 The bleaching is part of a circumtropical event affecting the world’s coral reefs now extending into its second year. Experts from the Great Barrier Reef Marine Park Authority alongside researchers from the Australian Institute of Marine Science have started flying over the Reef between Townsville and Cairns, looking for patches of stark white coral skeletons and estimating the extent of bleaching. Early reports from the aerial survey of the Reef, the first for 2017, have found severe bleaching in offshore reefs from about Ingham 150 miles (235 km) north to Cairns.

“Mass bleaching is occurring on the Great Barrier Reef for the second consecutive year,” he said. “How this event unfolds will depend very much on local weather conditions over the next few weeks. Importantly, not all bleached coral will die. As we saw last year bleaching and mortality can be highly variable across the huge Marine Park — an area bigger than Italy.”

Dr. Neal Cantin from the Australian Institute of Marine Science (AIMS) said the recurrence of widespread coral bleaching in back-to-back summers indicated there was not enough time between last year’s extreme heat event for the corals to fully recover.

“We are seeing a decrease in the stress tolerance of these corals,” Dr. Cantin said. “This is the first time the Great Barrier Reef has not had a few years between bleaching events to recover. Many coral species appear to be more susceptible to bleaching after more than 12 months of sustained above-average ocean temperatures.” 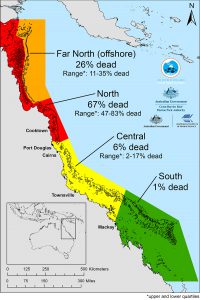 Extent of bleaching on the GBR. (Waters get warmer at the northern extent of the reef, which is closer to the Equator.) Source: Australian Institute of Marine Science (AIMS).

Marine Park Authority experts and scientists from the ARC Centre of Excellence for Coral Reef Studies will take to the sky again next week to resurvey 1,150 reefs along the entire Great Barrier Reef. The Marine Park Authority is working with AIMS to develop standardized operating practices to ensure a consistent approach to the scientific assessment of extent and impact of bleaching events.

“It also highlights the critical importance of the work being done under the Reef 2050 Plan and the Authority’s ongoing management to build Reef resilience — such as zoning and controlling coral-eating Crown-of-Thorns Starfish.

“Anyone out on the water can help protect the Reef by following the zoning rules and responsible reef practices and leaving herbivorous fish to help control seaweed and enable coral larvae to settle and create new colonies.” 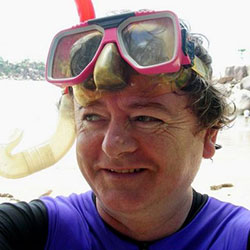 Prof. Terry Hughes says: ““It broke my heart to see so many corals dying in last year’s event.”

Scientists and Reef managers from ten research institutions across Australia, representing the National Coral Bleaching Taskforce, have returned to the Reef only one year after scorching temperatures caused the worst coral bleaching event on record in 2016.

“We’re hoping that the next 2-3 weeks will cool off quickly, and this year’s bleaching won’t be anything like last year,” says Prof. Terry Hughes of the ARC Centre of Excellence for Coral Reef Studies. “The severity of the 2016 bleaching was off the chart.” Hughes is the lead author of the new paper and the Taskforce convener. “It was the third major bleaching to affect the Great Barrier Reef, following earlier heatwaves in 1998 and 2002. Now we’re gearing up to study a potential number four.”

“We have now assessed whether past exposure to bleaching in 1998 and 2002 made reefs any more tolerant in 2016. Sadly, we found no evidence that past bleaching makes the corals any tougher.”

While protecting reefs from fishing, and improving water quality is likely to help bleached reefs recover in the longer term, the study also revealed that it made no difference to the amount of bleaching during the extreme heatwave of 2016. 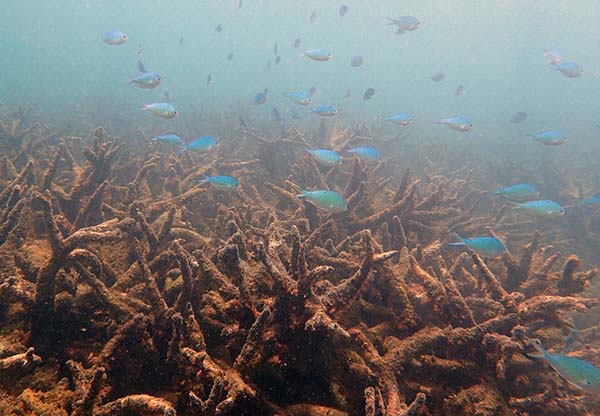 Co-author Dr Janice Lough, Senior Principal Research Scientist at the Australian Institute of Marine Science says, “average sea-surface temperatures for the Australian summer 2016 were the highest ever recorded on the Great Barrier Reef. In each of the three events since 1998, the pattern of bleaching matches exactly where the warmest water was each year. That allows us to predict when and where bleaching is likely to occur this year.”

Global warming is the number one threat to the Reef. The bleaching in 2016 strongly reinforces the urgent need to limit climate change as agreed by world leaders in the Paris Agreement, and fully implement the Reef 2050 Plan to boost the Reef’s resilience,” says co-author Dr David Wachenfeld from the Great Barrier Reef Marine Park Authority. 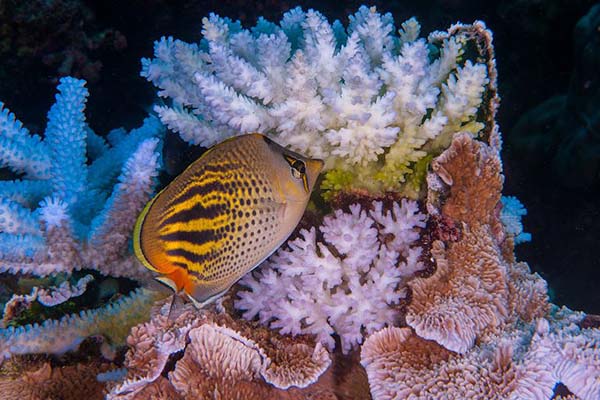 Butterflyfish inspecting bleaching corals, a possible precursor to its own demise as its primary food source is destroyed. Image: Ed Roberts/Tethys for ARC Centre for Excellence Coral Reef Studies.

“It broke my heart to see so many corals dying on northern reefs on the Great Barrier Reef in 2016,” says Prof. Hughes, who led the expansive aerial surveys.

“With rising temperatures due to global warming, it’s only a matter of time before we see more of these events. A fourth event after only one year is a major blow to the Reef.”

The paper “Global warming and recurrent mass bleaching of corals,” by 46 coauthors, appears in the journal Nature. http://dx.doi.org/10.1038/nature21707 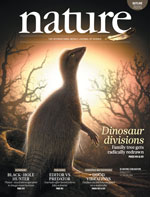 Abstract
During 2015–2016, record temperatures triggered a pan-tropical episode of coral bleaching, the third global-scale event since mass bleaching was first documented in the 1980s. Here we examine how and why the severity of recurrent major bleaching events has varied at multiple scales, using aerial and underwater surveys of Australian reefs combined with satellite-derived sea surface temperatures. The distinctive geographic footprints of recurrent bleaching on the Great Barrier Reef in 1998, 2002 and 2016 were determined by the spatial pattern of sea temperatures in each year. Water quality and fishing pressure had minimal effect on the unprecedented bleaching in 2016, suggesting that local protection of reefs affords little or no resistance to extreme heat. Similarly, past exposure to bleaching in 1998 and 2002 did not lessen the severity of bleaching in 2016. Consequently, immediate global action to curb future warming is essential to secure a future for coral reefs.