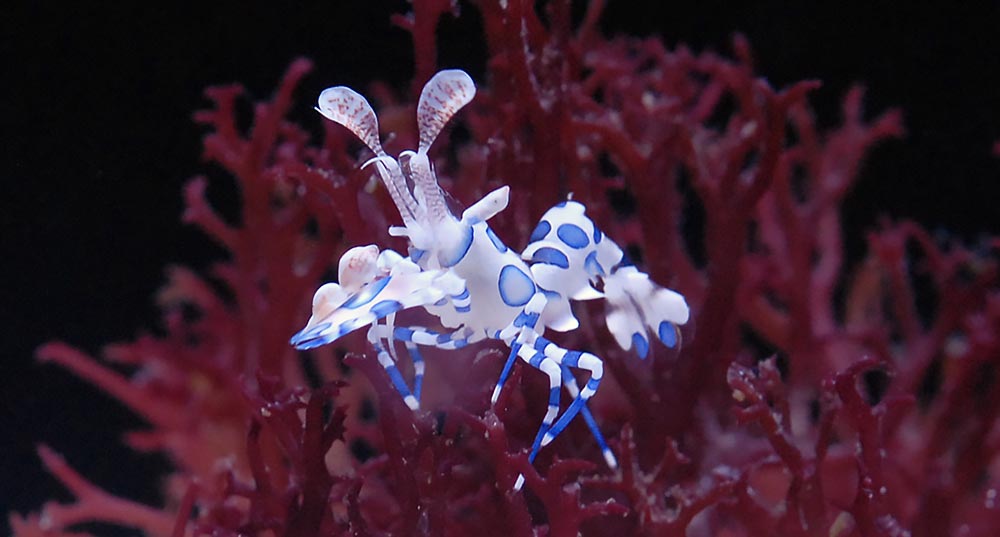 The Columbus Zoo and Aquatic Technology of Columbus Station, Ohio, started the journey of culturing Hymenocera elegans back in May of 2015. The Columbus Zoo had early success on a small scale and succeeded in raising 50-plus individuals from two batches to settlement. As with many aquaculture ventures, they had to overcome obstacles like larval feed types, cannibalism, and pests.

By December of 2016, Aquatic Technology succeeded in getting a substantial number of larvae to settlement. At one point, prior to settlement, larvae were consuming nearly 50,000 Parvocalanus copepods daily. After they settled, the juveniles were switched to Asterina Sea Stars and then to Chocolate Chip Stars. 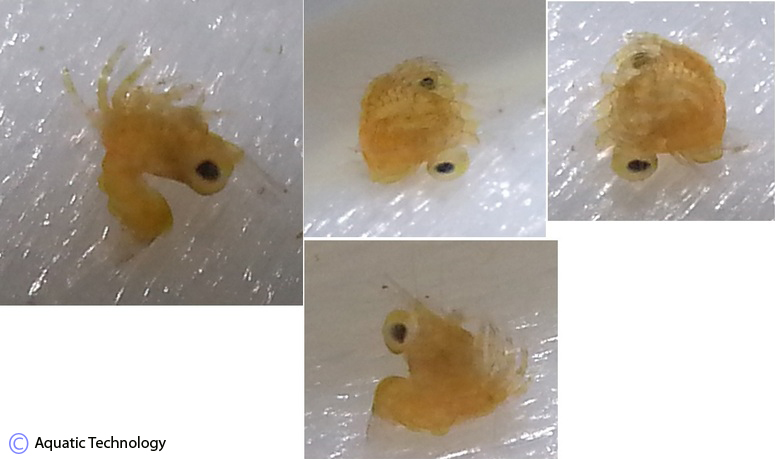 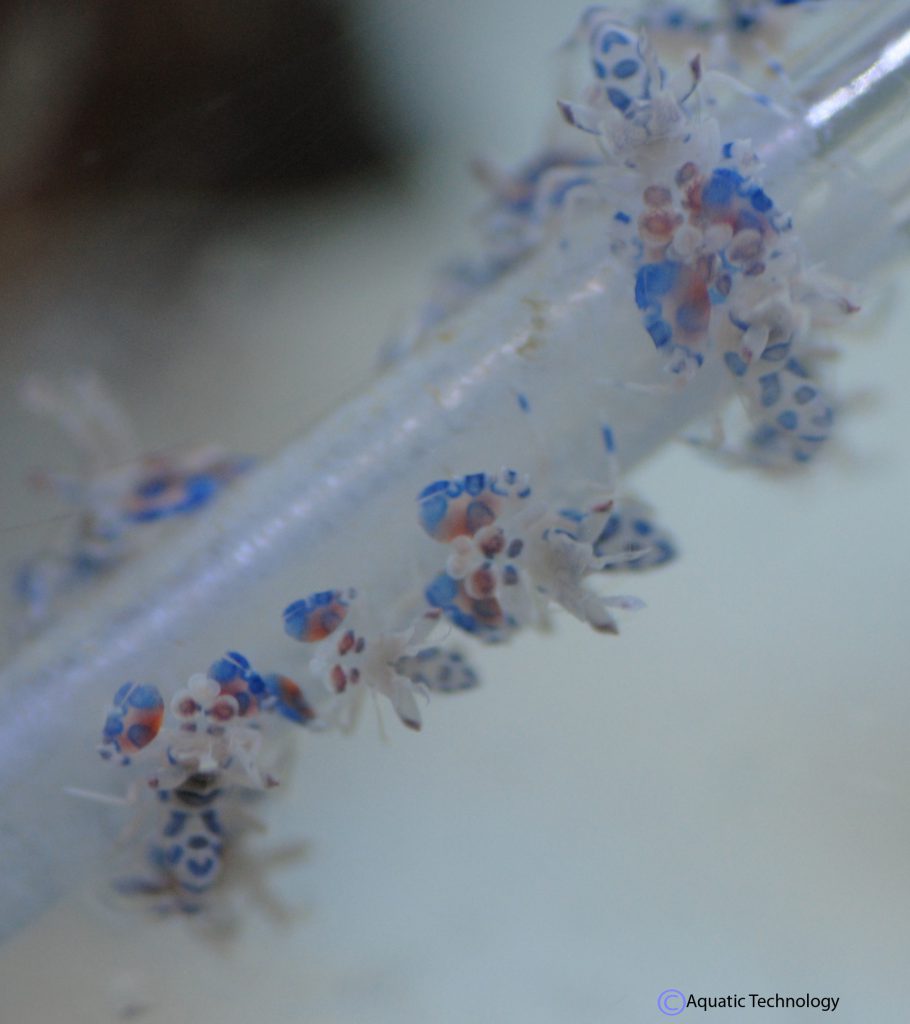 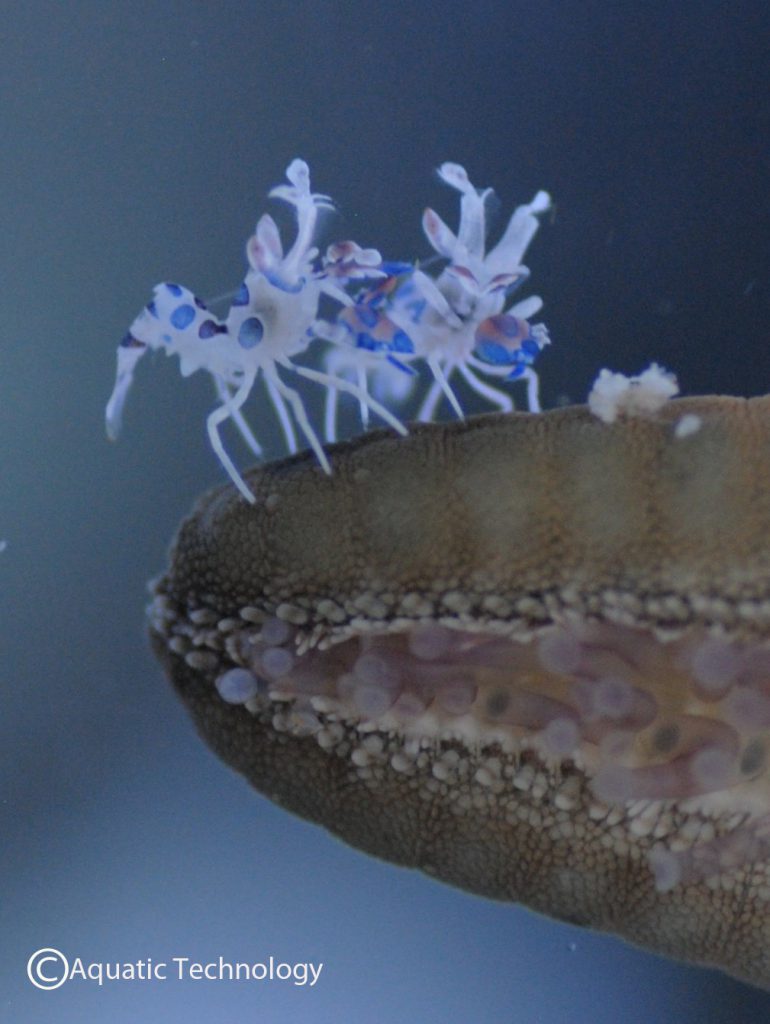 Juvenile Harlequin Shrimp resting on the leg of a starfish; image courtesy Aquatic Technology of Ohio

Aquatic Technology is currently working on getting them feeding on an alternative proprietary food. This has been a triumphant success, not only for the Columbus Zoo and Aquatic Technology of Ohio, but also for culturing popular ornamental shrimp overall. 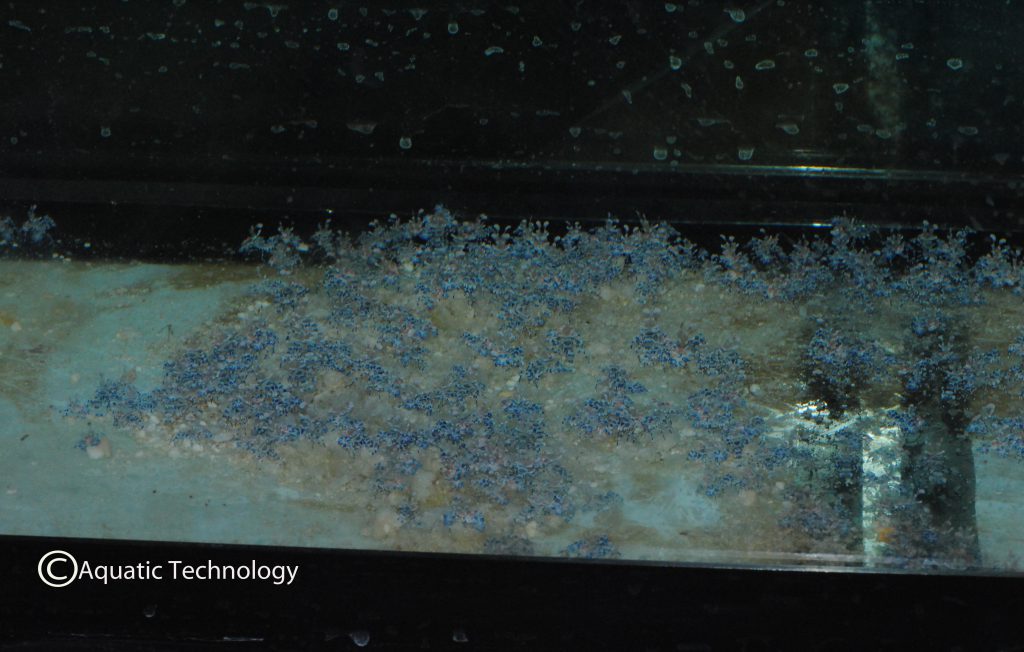 A vast army of juvenile Harlequin Shrimp feeds on a proprietary food blend at Aquatic Technology of Ohio.

The Harlequin Shrimp (Hymenocera elegans) can be found on reefs throughout the Indo-Pacific. They are popular in the aquarium trade because of their cartoonish, elaborate carapace and oversized, paddle-like claws.

For those of you who consider Asterina stars a pest (as many do), the Harlequin Shrimp will make quick work to reduce their population. However, as obligate sea star eaters, they won’t stop at Asterinas, and will likely consume any other sea star they can find. Large, very durable sea stars will likely survive this behavior; however, sensitive stars like those kept in most aquariums will eventually succumb to the constant picking.

Hymenocera elegans remain relatively small (3” or less), and are peaceful and easy to care for as long as a steady diet of sea stars (and the occasional urchin) are supplied. Pairs can be kept in the same aquarium as long as there is adequate space, as these shrimp can be territorial. Provide tank mates that are peaceful and not known invert eaters. 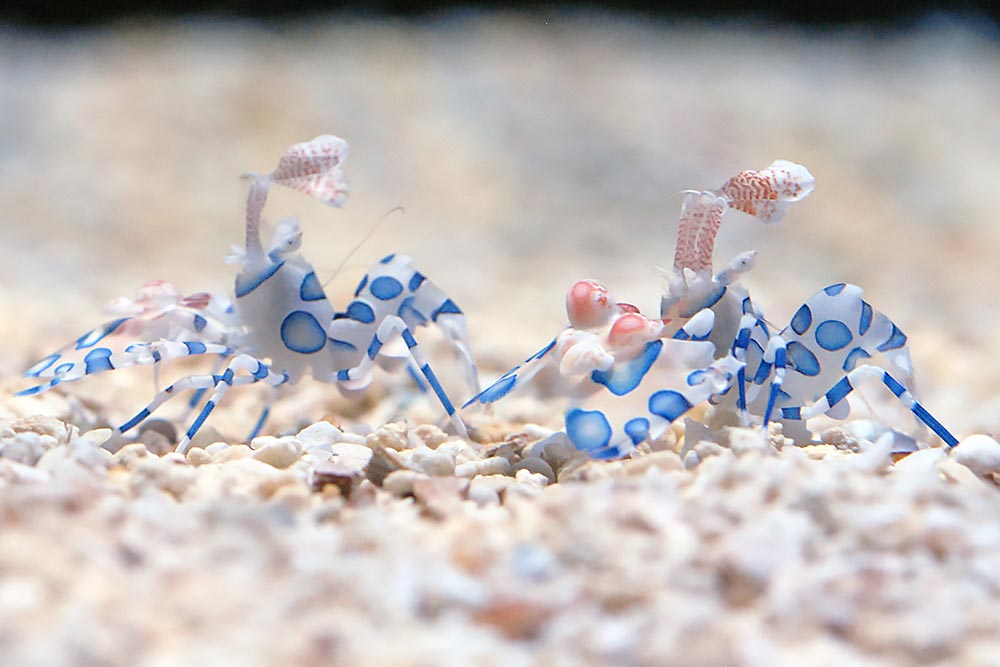 We have always gone to great lengths to ensure that if there are sustainable, aquacultured fish or invertebrates available in the industry, that they can be sourced through Quality Marine; this is one more success story in that book.

We are extremely excited to have the aquacultured Harlequin Shrimp (Hymenocera elegans) available, and we thank the Columbus Zoo and Aquatic Technology for all their hard work. 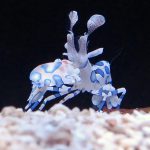 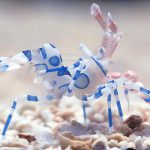 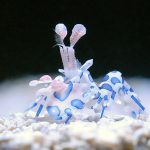