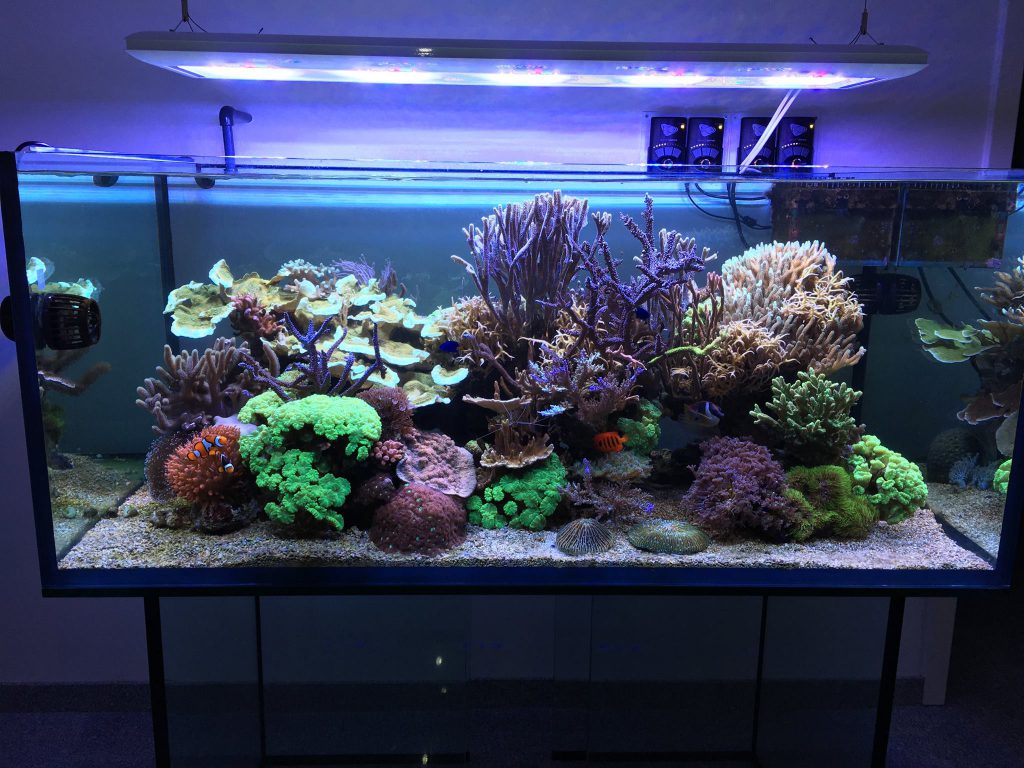 After only 2.5 years, Daniel Knop’s reef aquarium has grown into a spectacle of mature coral colonies. Image by Daniel Knop.

Daniel Knop’s personal reef aquarium, situated in the home offices of our German sister publication KORALLE, remains an inspiration to any would-be first-time reef keeper. Knop’s reef first caught our eye in August of 2015, as he started sharing photos of the tank and we first discussed his theories behind the system’s design and layout.

If you’re unfamiliar with this reef, you might want to start there. The reef continued to grow, and at 21 months of age in March of 2016, we revisited the setup with another video release from Knop.

The reef got a detailed look in print when the system was featured in Aquarium Portrait in the May/June 2016 issue of CORAL.

Started with Frags
Now, with the aquarium just 30 months (2.5 years) old, Knop is taking bets on which coral colony will reach the water’s surface first! Chatting online, Knop shared his sentiments on the success of this aquarium. “What really excites me about this tank is that it really has been stocked with small coral fragments from an inland farm, only a few centimeters long. Nothing taken from the reef. After a bit more than two years, it can look like this. It simply amazes me how corals can adapt to tank life and regenerate from small fragments to build a reef…” 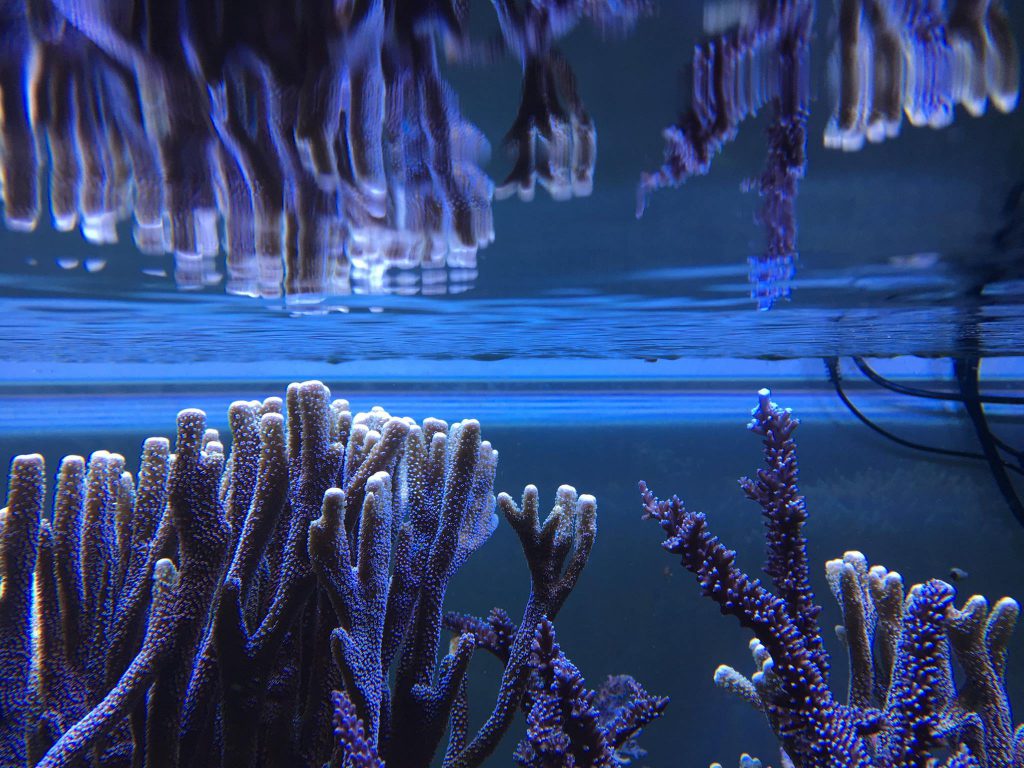 Montipora or Acropora – share your guess regarding which grows to the surface first in the comments below! Image by Daniel Knop.

Truly, Knop’s slice of the ocean has developed into a tangled coral jungle, where colonies intertwine, fighting for space, flow, and light. It is beautiful, wild, and worthy of a bit of reef lust. Once again, upon request, Knop has delivered a virtual “dive” into his reef tank for your enjoyment!

Dive In: Watch the 2.5-year update from Knop’s Reef Now

Want More? Get the in-depth back issues today!

Learn everything there is to know about Daniel Knop’s office reef aquarium in the pages of CORAL Magazine.

The lessons Knop shares from his reef continued in the Reefkeeping 101 department in both the September/October and November/December 2016 issues of CORAL. Great stories take time to tell, and there’s no better way to grow as an aquarist than with an influx of  insightful, trustworthy content, routinely delivered to your mailbox or inbox by the world’s leading marine aquarium publication. Learn more about a convenient and personal subscription to CORAL today.