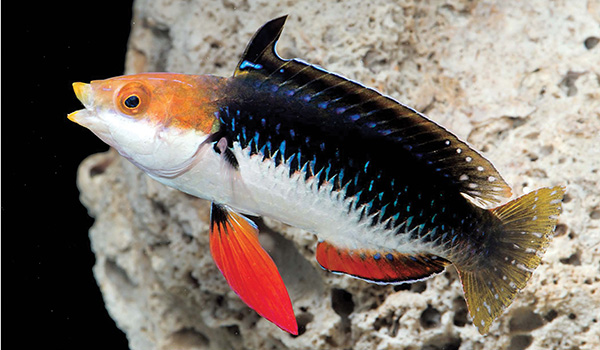 It is a fish to get the pulses of reefkeepers and ichthyologists alike racing—a species from the remote, still-wild waters of the Timor Sea off northern Australia, beyond the reach of virtually all aquarium livestock collectors. With startlingly vivid colors displayed by males of the species, Cirrhilabrus hygroxerus has been described by Dr. Gerald R. Allen of the Western Australian Museum and Michael P. Hammer of the Museum and Art Gallery of the Northern Territory. 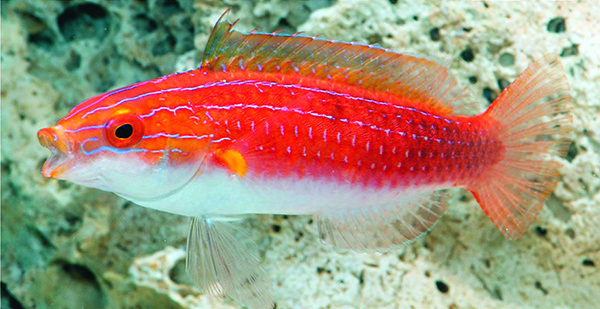 Credit for their role in the discovery has been given to a small aquarium collection company, Monsoon Aquatics, founded as sustainable supplier to public aquaria and the aquarium trade by Daniel Kimberley in 2009. The new wrasse was reportedly first collected by Tim Cook, head diver on a trip exploring an area the company had not previously explored. 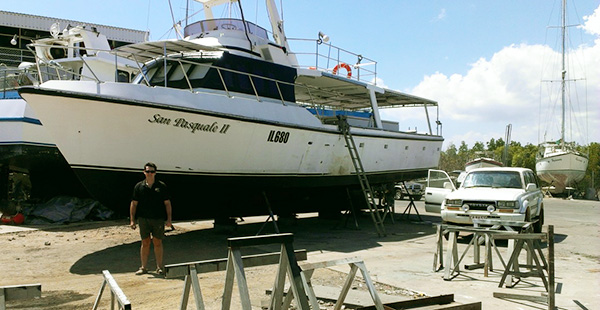 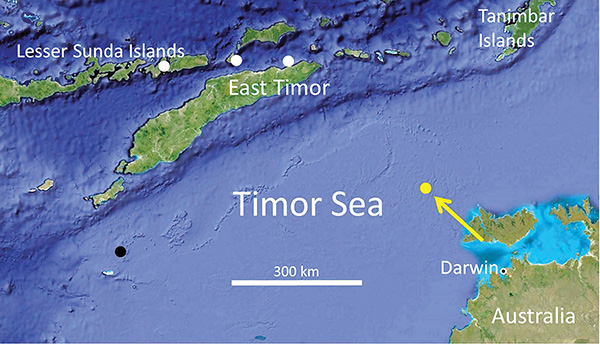 Remote area where the wrasse was discovered, between the coast of Northern Australia and the Lesser Sunda Islands of Indonesia.

In the paper describing the species, authors Allen and Hammer give Monsoon Aquatics credit and recognition when they provide the etymology of the species name and the common name or “epithet”:

Etymology
The species is named hygroxerus (from Greek hygros, meaning wet, and xeros, meaning dry), with reference to the monsoonal cycle of wet and dry seasons of northern tropical Australia. The name is also intended as an acknowledgment of Monsoon Aquatics, the aquarium fish company that supplied all of the type specimens and continues to be an excellent source of specimens for NTM. The species epithet should be considered a noun in apposition.

They offer a comparison to previously described species from the same area, part way between Northern Australia and East Timor and the Lesser Sunda Islands of Indonesia:

Free Download
The profusely illustrated paper, published in the Journal of the Ocean Science Foundation, shows all related species and various examples of the new Monsoon Fairy Wrasse. The full paper can downloaded here: [JOSF]

Where to Buy
Monsoon Fairy Wrasses are being made available to trade by Quality Marine in Los Angeles. More information here.