Aqamai is a new line of smart devices from Hydor Group

Italian aquarium product manufacturer Hydor has introduced its new Aqamai line of wifi-controllable aquarium equipment to the US market. Building on the increasing trend toward fully controllable devices in the home aquarium, Aqamai’s slogan is “internet of tanks” and promises to be a new line of smart devices for the aquarium. The centerpiece of this line is the iOS and Android app, which can control all Aqamai smart devices directly from a smartphone or tablet. According to the manufacturer, the app is user-friendly while offering advanced capabilities at the same time. The first two devices in the Aqamai line, which will soon hit retailers throughout the US, are the KPS controllable wavemaker and LRM reef LED light fixture. 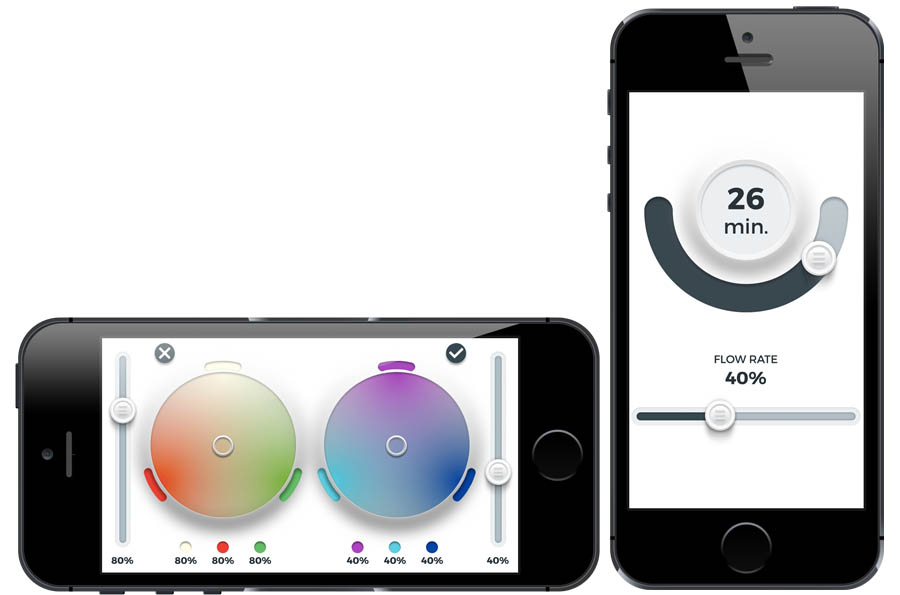 The KPS wavemaker is fully programmable, combining the performance of the popular Hydor Koralia design with DC pump technology. It includes a dual magnet support system (DMSS) to absorb vibrations and runs virtually silent, according to the manufacturer. With a flow range of 370-1050 gallons per hour, this pump is recommended for small to medium sized aquariums ranging from 2.5 to 50 gallons with a low energy consumption of 4-10 watts. It is controlled fully by the Aqamai app, with no additional mechanical controls necessary. 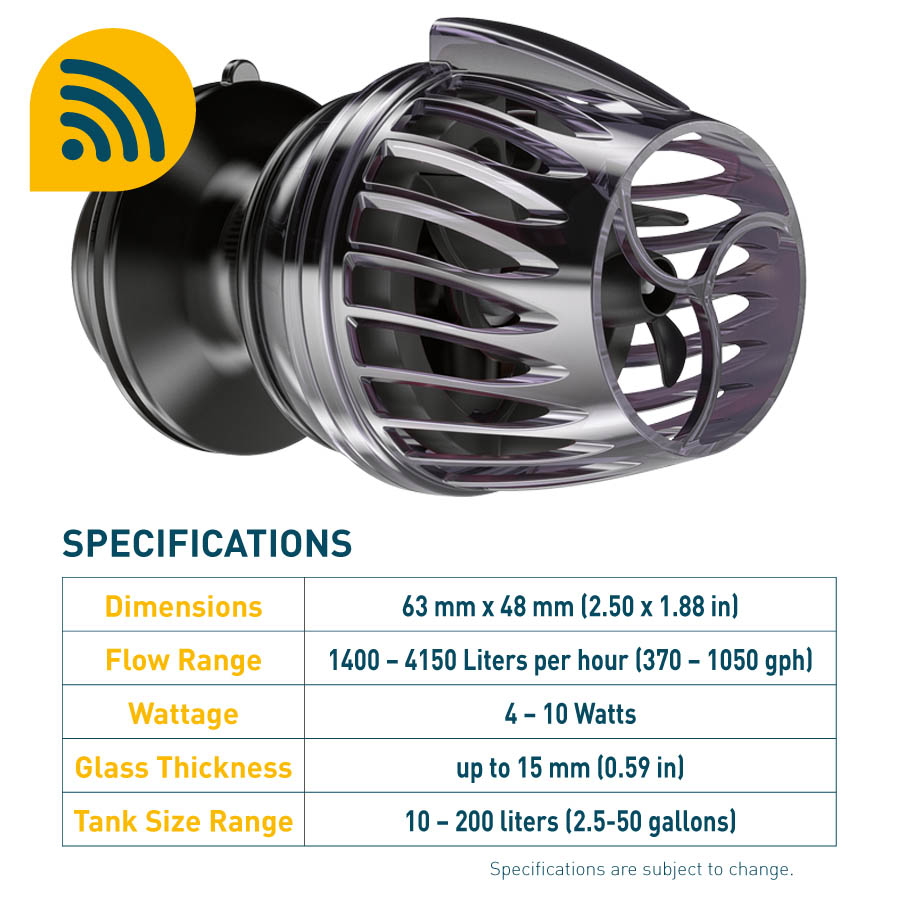 The KPS Wavemaker is virtually silent and and energy efficient

The LRM LED light fixture also offers full controllability via the Aqamai app in a sleek, versatile package. At less than 20mm thick, it is the most compact high-powered LED lamp on the market, according to the manufacturer. The light offers six channel color, intensity, and UV control via the app’s intuitive interface, including 2 different red spectrums to enhance coral growth and color. The light is comprised of 2 clusters of 15 individual high-power LEDs for a total output of 80 Watts. 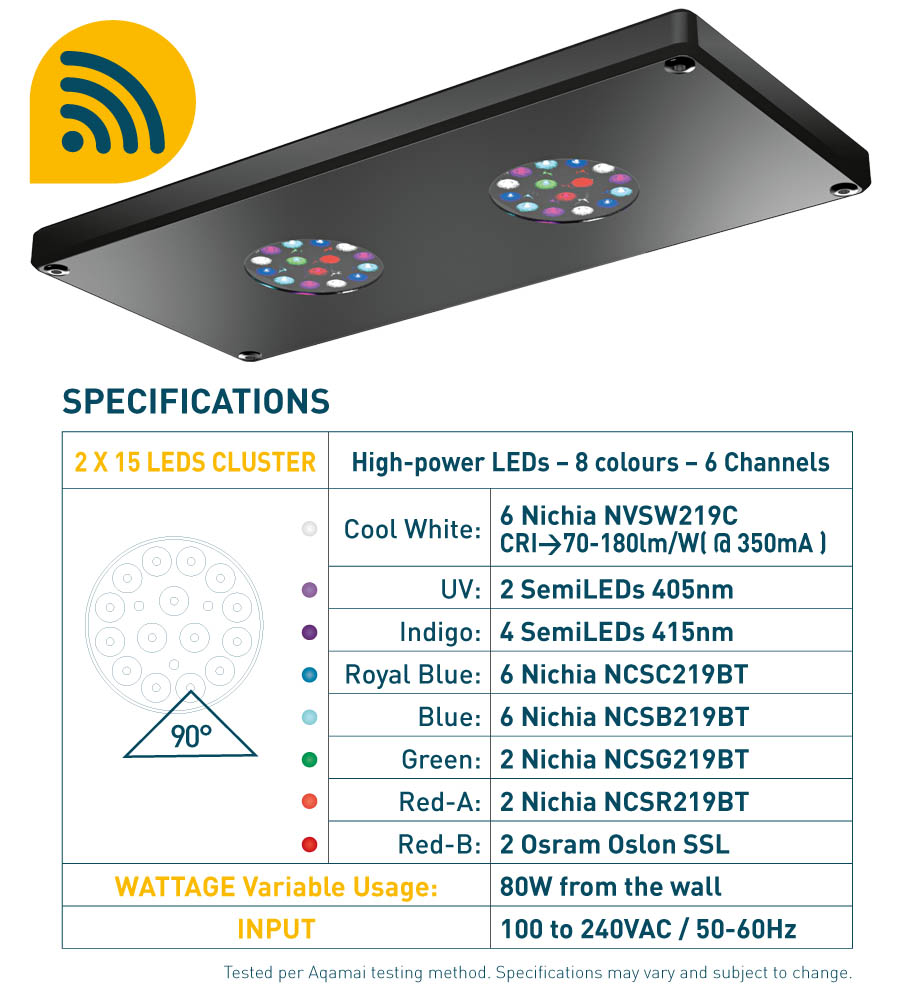 With 80W total output and a sleek design, the LRM is a versatile option for most medium to large reefs

For more information on the Aqamai line, visit their website at www.aqamai.com or look for Aqamai product to hit aqaurium specialty shops in the coming months.