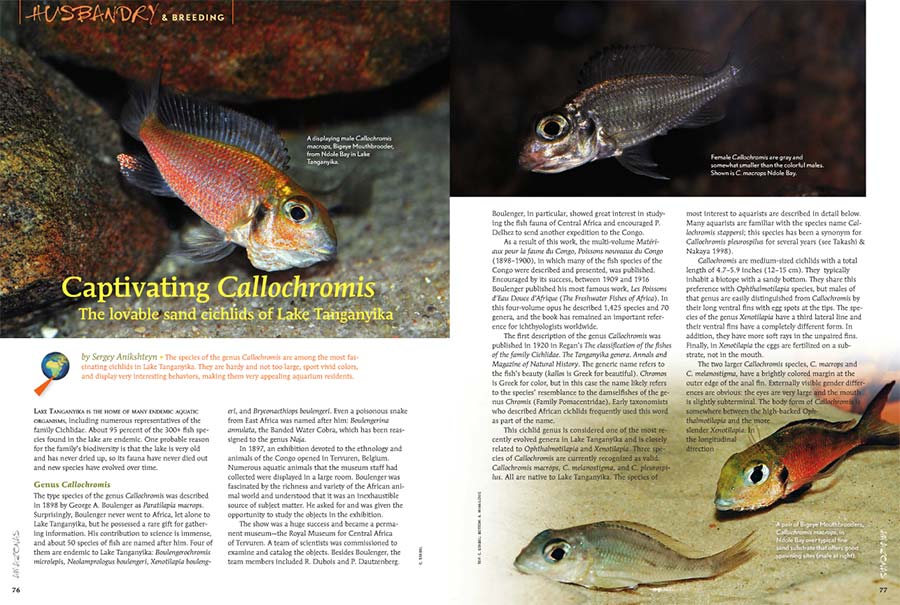 Page 76-77 of the March/April 2017 issue of AMAZONAS; we regret a translation mistake that has come back to bite us.

Astute reader Kevin Curty immediately caught this mistaken word choice and called us out on the AMAZONAS Magazine Facebook page. As he shared it: 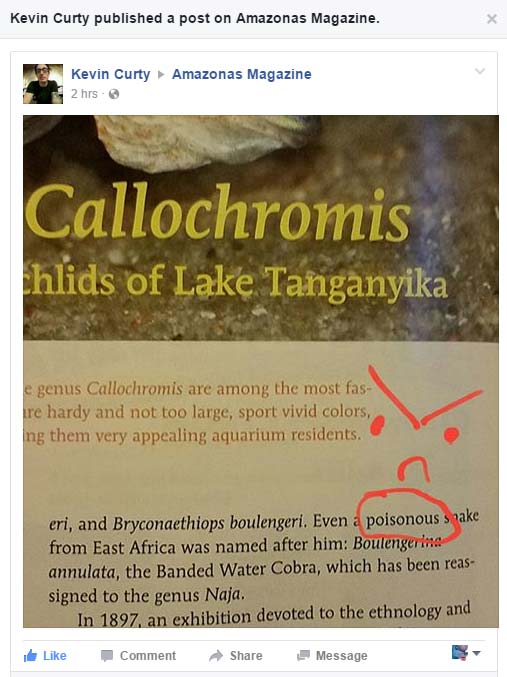 Curty offered no words, but supplied his own effective emoticon.

Yes. Because of an editing error, the word “poisonous” was used when it should have been “venomous.”

For those unaware of the important distinction, the difference fundamentally lies in the delivery mechanism of whatever toxin is about to harm you. To put it very simply, poisonous organisms rely on you to touch or ingest them in order to deliver their destructive or defensive chemistry. An example would be deadly tetrodotoxin in certain “fugu” pufferfishes.

However, an animal is venomous when it injects a toxin into via a bite or sting, such as a lionfish (or cobra).

Our error is rooted in a rather unfortunate bit of translation confusion; on a cursory look, the original German word, giftig, can mean either poisonous or venomous.

If you want to call something poisonous in German, you’d use giftig.

If you want to call something venomous in German, you’d also use giftig.

Looks like the German “giftig” can mean toxic, venomous, poisonous, and a few other things!

The editors of the English-language AMAZONAS apologize for our error, which will be corrected in the digital edition.