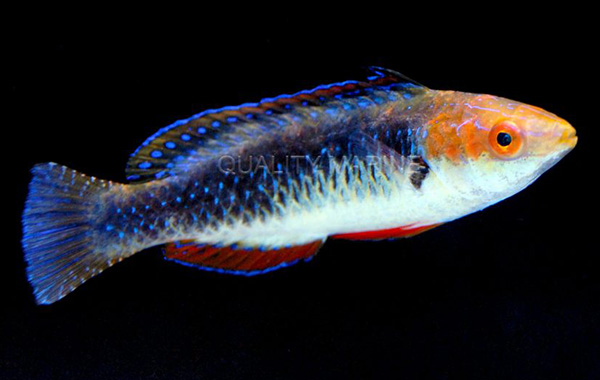 The Monsoon Fairy Wrasse (Cirrhilabrus hygroxerus) is without a doubt one of the most exciting wrasses to be discovered in recent years. Described in 2016, this distinctive fish is known only from a small patch of reefs in the Timor Sea, many miles away from the nearest land, in a region prone to seasonal monsoon rains. It takes collectors days just to reach this remote corner of the world, situated roughly equidistant between Southern Indonesia and Northern Australia, and so the fishes found here are–unsurprisingly–some of the rarest in the aquarium trade. 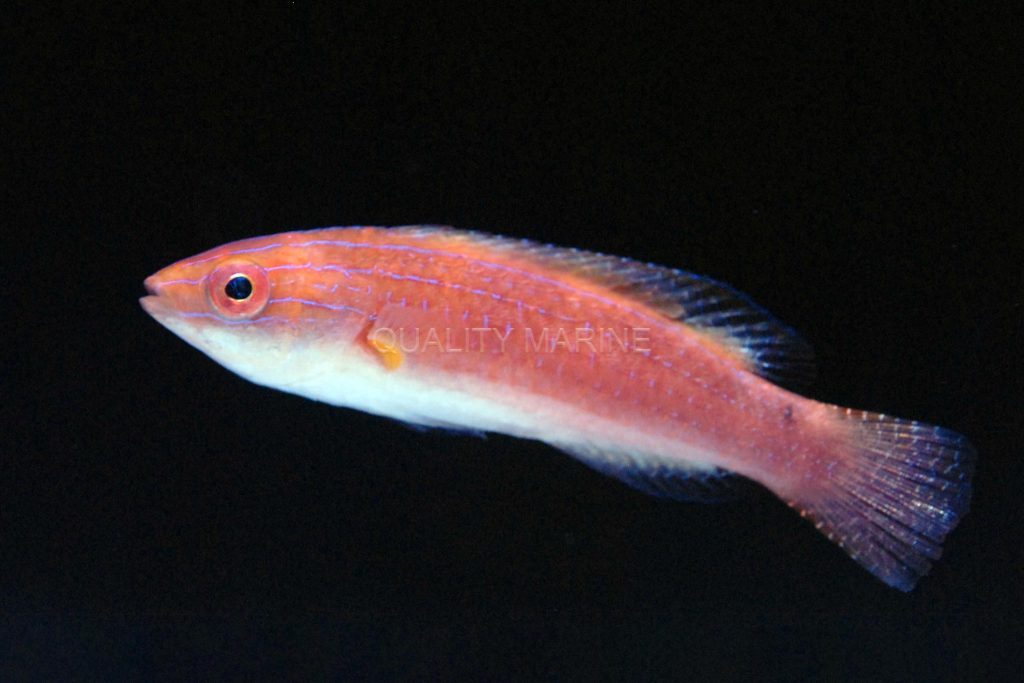 We wouldn’t be excited about getting this fish if it didn’t happen to also be drop-dead gorgeous. Separating this species from a sea of gorgeous and strikingly-hued members of this family is its unusual coloration. While most of these Fairy Wrasses display a spectrum of rich jewel tones and delicate pastels, C. hygroxerus possesses a beautifully mismatched color palette, with murky shades along its flank that are quite unlike anything else in the popular fairy wrasse genus, contrasting vividly against a stark white underbelly. The bright red pelvic fins and reflective blue tail of the males hint at the close relationship this species has with another of our favorites in the genus, C. rubriventralis from the Red Sea. In the height of its nuptial display, the Monsoon Fairy Wrasse must be a breathtaking sight. 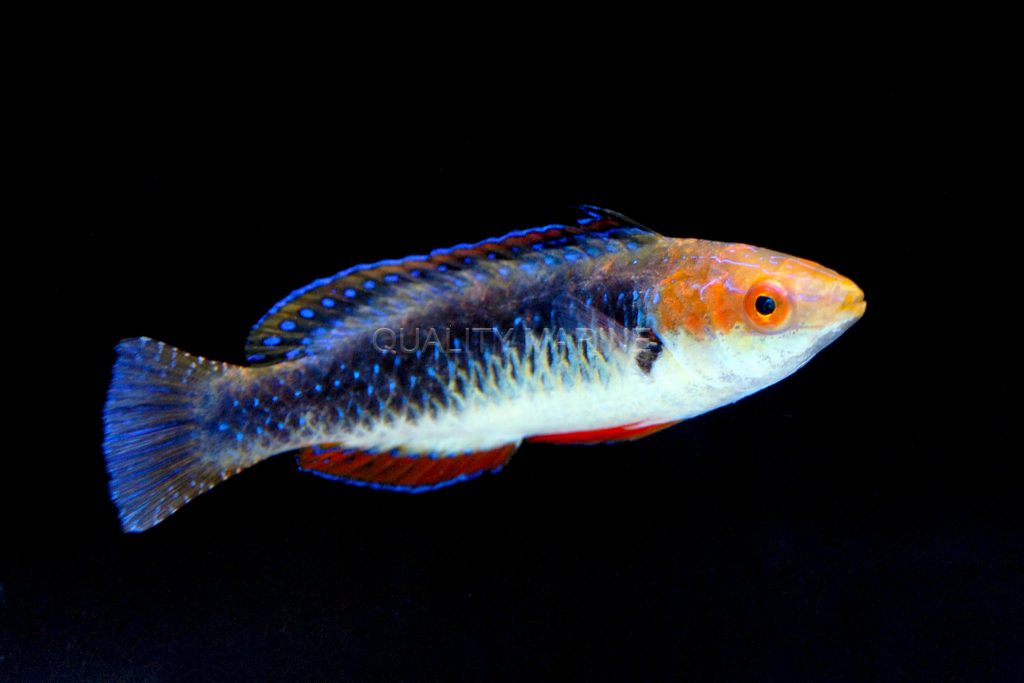 As a newcomer to the aquarium trade, C. hygroxerus is seldom seen, with only a small number of specimens having been collected; however, Quality Marine is excited to reveal that we’ve been housing and conditioning a perfect pair of this stormy species for a little while now. They’ve been thriving in our system and are voracious eaters. This is a unique opportunity to get your hands on a fish that few have ever seen in the flesh.

Quality Marine sales staff have more information on this remarkable newcomer.  Wholesale only.  Aquarists should talk to a local aquarium retailer about availability and special orders. 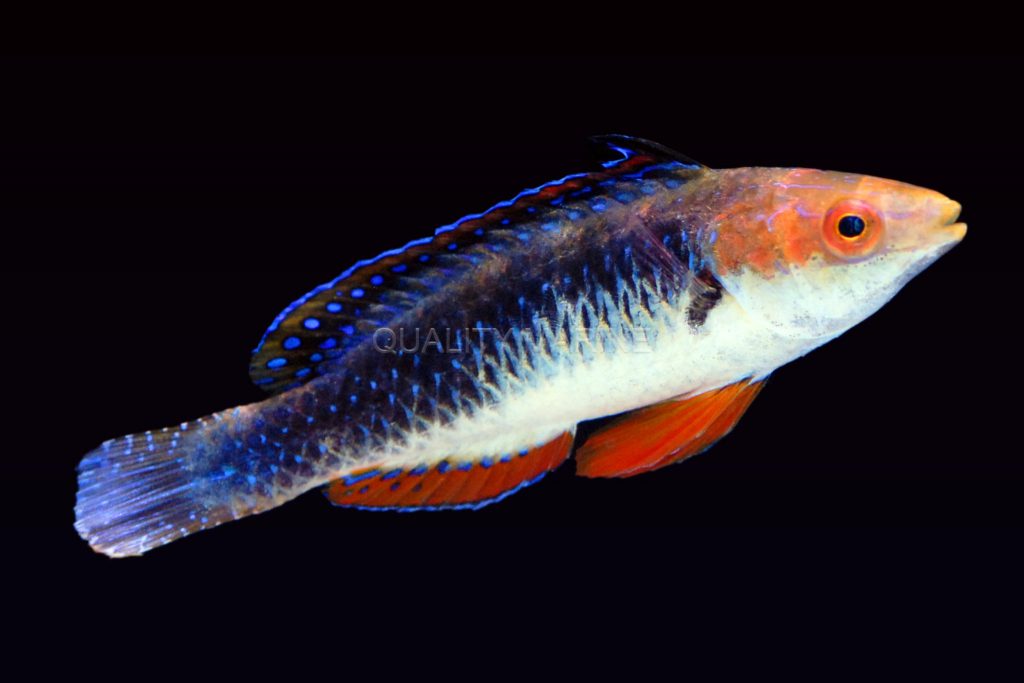