It’s another installment of “New Fish Species Only YOU Could Love!”

It’s easy to get excited about a newly-described fish species with dazzling colors, but we suspect some AMAZONAS readers believe they have more refined, sophisticated tastes, and are perhaps above simply lusting over the obvious. You probably realize that being big, bold, or colorful is not the only way a fish can earn our admiration.

As I already stated, in honor of those die-hard ichthyologists who scour the planet in search of new life—even if it is drab brown—let us be the first to herald your accomplishments! Could we just encourage you, and the journals who publish your work, to also include photos of the live coloration (even if the fish looks more or less the same dead or alive)? 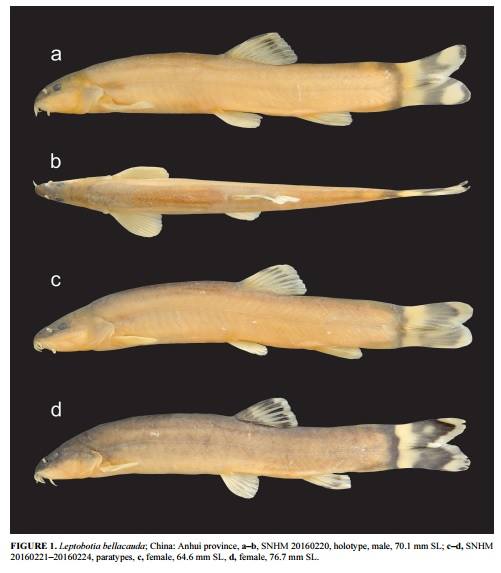 Continuing on the theme of cream, brown, mocha, and black fish, this fish probably looks very similar when alive. Apparently, the best thing this fish has going for it is the patterning on the tail, hence the species epithet “bellacauda,” or “beautiful tail.” Per the paper’s abstract:

“A new species, Leptobotia bellacauda is described from the lower Yangtze River basin. The new species is distinguished from all other species of Leptobotia by a combination of the following characters: body plain brown, prominent black bar in caudal fin, dorsal half of head dusky black, ventral half of head cream colour, eye well developed, lobes of caudal fin rounded, origin of pelvic fins beneath or anterior to dorsal-fin origin, and pectoral fin in adult males enlarged, with numerous tubercles.”

This new loach species description, Leptobotia bellacauda, a new species of loach from the lower Yangtze basin in China (Teleostei: Cypriniformes: Botiidae), was published in the journal Zootaxa December 5th, 2016. The paper, by Jörg Bohlen and Vendula Šlechtová, is available via subscription/paid access, and can be found here. 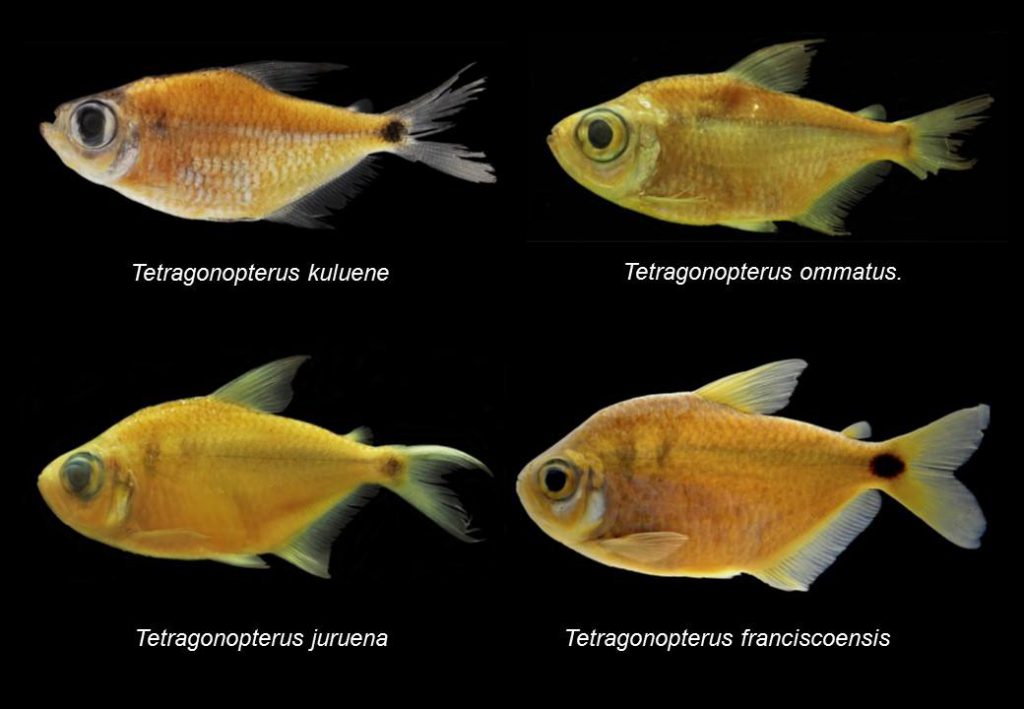 These four newly-described species of Tetragonopterus demonstrate a ghostly yellow hue in the afterlife, but likely were all quite attractive variations on a silver theme in real life. Looking at video of the related Tetragnopterus argenteus while alive, it’s even possible that these fish might have some actual attractive coloration. Sadly, all we get to see of these for the moment is the above photo, which is being circulated on the Internet. 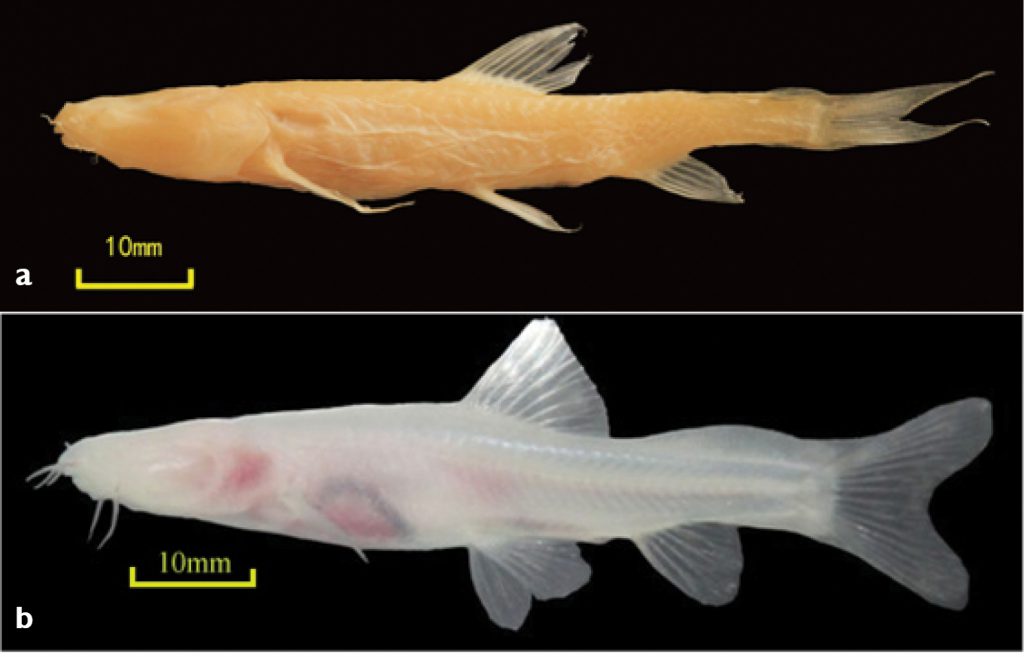 We’ve saved the most de-pigmented of all the recent freshwater fish descriptions for last, and finally, we get to see a picture of the fish alive for a change! Unfortunately…it’s still rather bland. In the case of this last species in our review, we can give it a pass on its lackluster coloration, as this fish is a classic example of a subterranean fish in all its glory. Translucent white and no eyes when alive? Kinda cool…if you’re into that sort of thing.

The cave-dwelling Oreonectes daqikongensis is a new species from the river loach family Balitoridae, so this ghostly white fish is more closely related to the Hillstream Loaches than, say, your more commonplace Clown Loach (Chromobotia macracanthus) or Yo Yo Loach (Botia almorhae) from the family Cobitidae.

The paper, titled A new blind species of the cave genus Oreonectes from Guizhou, China (Nemacheilinae), by authors Huaiqing Deng, Huamei Wen, Ning Xiao, and Jiang Zhou, was published in the journal ZooKeys on November 28th, 2016. Readers are able to enjoy the full open-access article online.